Samsung foldable phone patent is weird and might come next week

There are patents that we wish were made real and there are some patents we wish would never see the light of day. Samsung’s newly-granted patent might fall somewhere in between. For better or worse, it might also be the foldable phone that Samsung will actually show off at its Unpacked event next week. Taking a page from ZTE’s Axon M book, the patent shows a phone with two screens instead of one. The difference is that it can actually fold both ways.

One of the biggest obstacle in the way of foldable phones is the screen. Although Samsung has mastered the art of curved displays, a flexible panel that gets bent again and again at a single point is a bigger challenge than one that’s permanently curved forever. The likes of the Kyocera Echo and the ZTE Axon M have “solved” this by employing two screens that like side by side to make one larger display.

While that does offer a practical solution, it creates new ones, most especially the bezel and seam created between the two panels. According to LetsGoDigital, Samsung’s new patent skirts the issue by using its Infinity Display with curved edges. Of course, instead of a seam, you get a valley in the middle. While it may create an illusion of one single display, swiping your finger across it will easily break that illusion.

That’s not the only twist to this foldable phone idea. Samsung seems to have taken both the Kyocera Echo and the Axon M designs and made the phone capable of folding in both directions. It can fold in, with the two screens facing each other, protecting them from the outside world. Or they can fold out, creating what is essentially a dual screen phone. Or two phones stacked on top of each other, back to back. 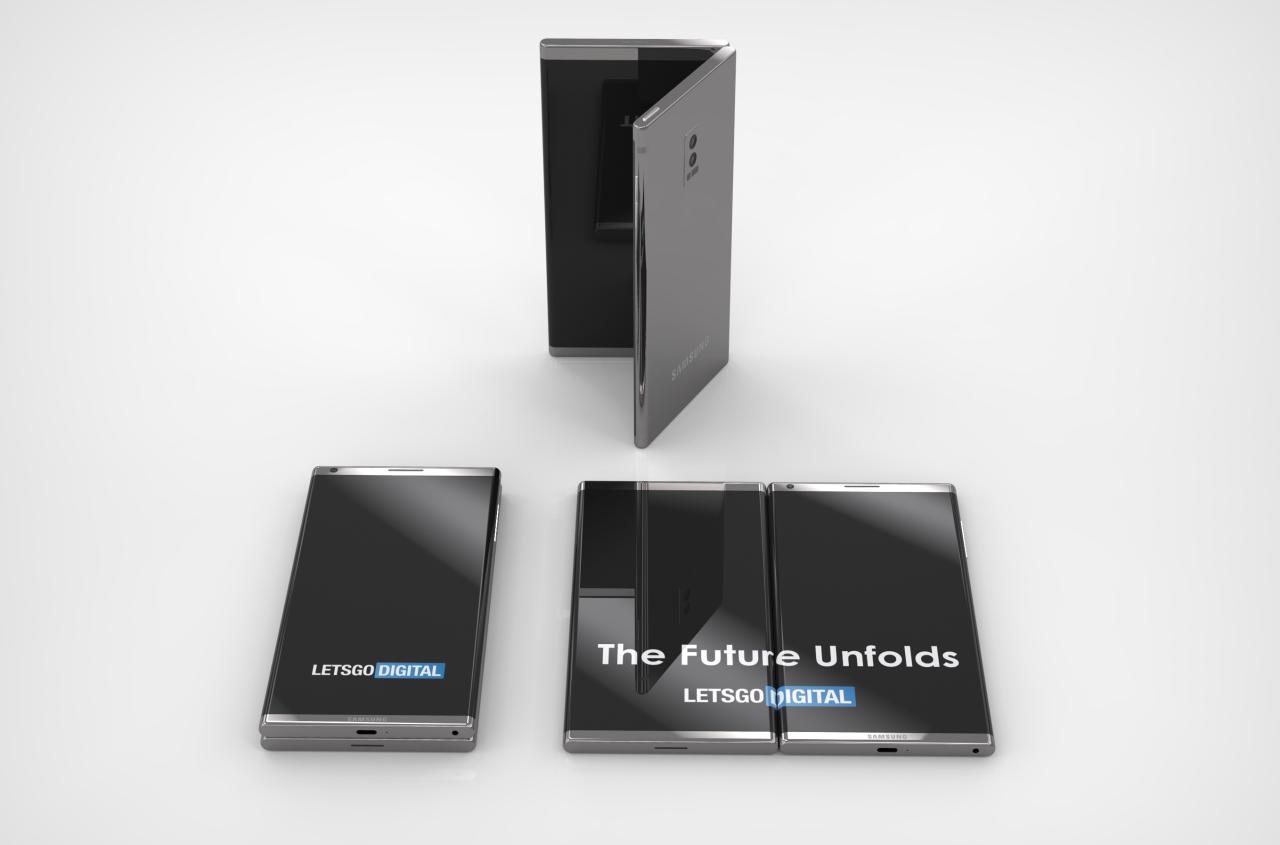 You might argue that this is a patent anyway and that it doesn’t mean it will become an actual product. That is generally true of all patents but this case might be an exception. Samsung’s latest Unpacked 2019 video included hints of its foldable phone, and one of them seemed to suggest that same “valley” gap produced by having two curved edge screens side by side.