Although there are at least four or five players in that market, the foldable phone niche is probably being led by two companies with two very different approaches. There is, of course, Samsung with its tablet-like Galaxy Z Fold 3 and its clamshell Galaxy Z Flip 3, but there is also Microsoft with the new and improved Surface Duo 2. The latter represents a rather interesting take on the foldable idea, especially since it’s really foldable only in the mechanical sense. It also has its inescapable drawbacks, however, and a new Samsung patent may have an alternative, though one that might become a reality any time soon.

There are benefits and disadvantages to the Surface Duo, and the biggest on both sides of the fence is that it doesn’t use an expensive and relatively fragile flexible screen. The way it is able to fold all the way back makes a second screen unnecessary, but the seam in the middle is also a bigger deal-breaker for some than a crease. Samsung has apparently been toying with an idea that solves the latter but still brings the disadvantages of its own Galaxy Z Fold design.

According to a newly-awarded patent brought to life via LetsGoDigital’s 3D renders, Samsung has envisioned what seems to be the offspring of the Galaxy Z Fold and the Surface Duo. There is a single, unbroken, foldable screen the offers a larger surface area than the current Galaxy Z Fold 3. Unlike Samsung’s premium foldable, however, the hinge on this device runs horizontally, more akin to the Galaxy Z Flip. 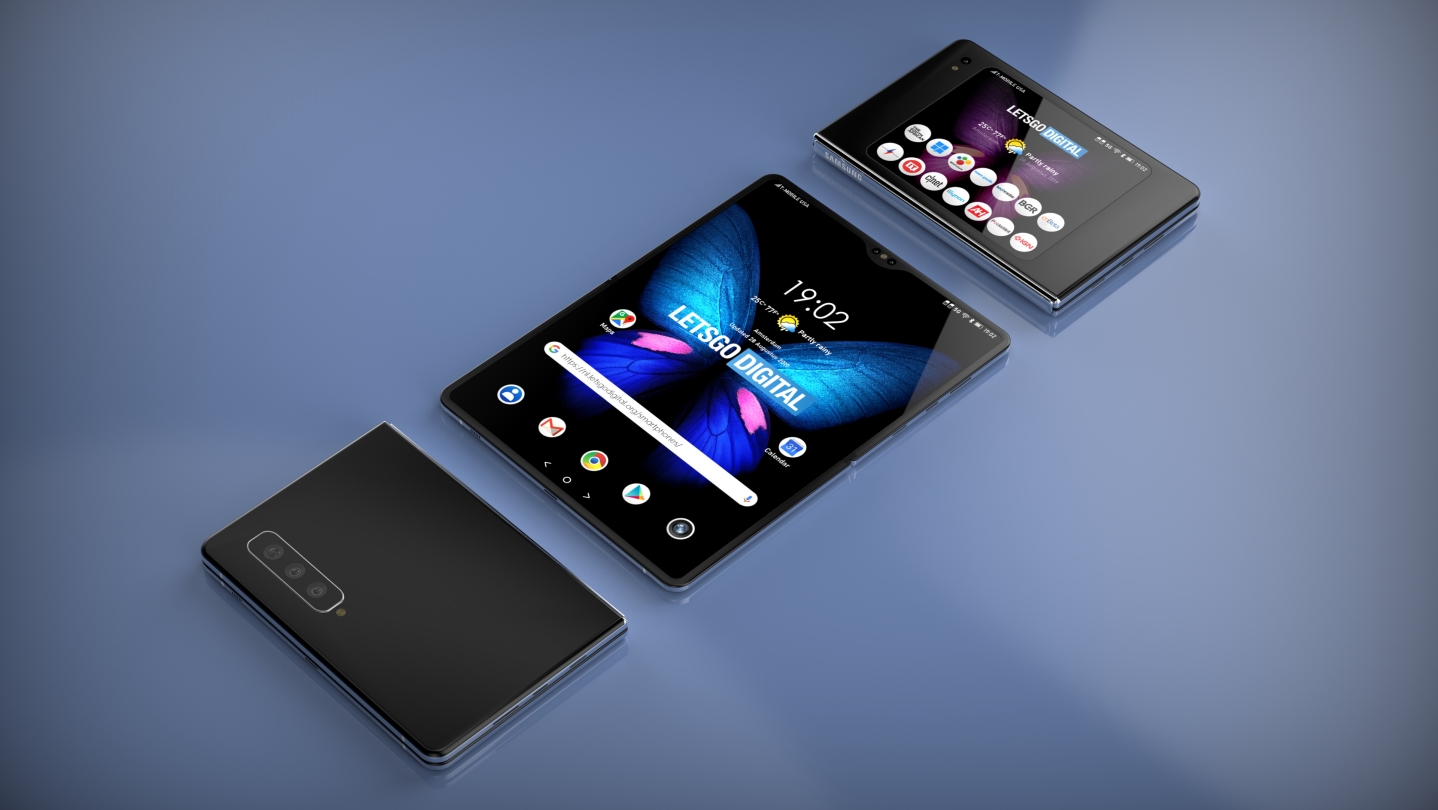 This means that this foldable tablet closes down more like a clamshell or laptop, unlike the current Surface Duo 2 that folds like a pocketbook. Because of that design, there is a second screen on the opposite side, though it looks more square and doesn’t occupy the entire area. It is clear from the patent that it isn’t designed to really be a smartphone when folded, but more like a small tablet that can be used as a phone as well, though with some awkwardness.

This patent could be prefiguring the rumored Galaxy Z Tablet, but it also takes the device in a different direction. Neither, however, have come close to even being a prototype, but a device that folds once like this is probably easier to pull off than a tri-fold display. The latter, however, would transform into a more usable phone, but that might be using the term “usable” generously because of its bulk.