Samsung is already set to launch its first foldable phone this year but why stop at just one? In typical Samsung fashion, it could have another one in mind. That’s at least based on a patent for yet another foldable phone that puts a small twist to the concept. In addition to folding the opposite way from what Samsung teased late last year, this foldable device seems to be earmarked for gaming, complete with gamepad controls that may actually be too small to be comfortable.

The Galaxy Fold or Galaxy F phone/tablet hybrid that Samsung showed off last month had the larger flexible screen fold inside. It required having a second, more traditional touch screen on the outside to be usable as a phone even when folded.

In contrast, this new patent shows a screen that folds on the outside, making the device useful folded or unfolded. On the one hand, that solves the tricky problem of needing to leave a gap in the fold because screens still can’t fold completely flat. On the other than, that does expose the screen and the folded area to risky damage.

That, however, isn’t what’s special about this patent. That comes from one of the edges of the device, the “bottom” part, that folds up to reveal physical controls, a D-pad on the left side and six buttons on the right. The way the controller edge folds up makes it possible to use them whether in phone or tablet mode. 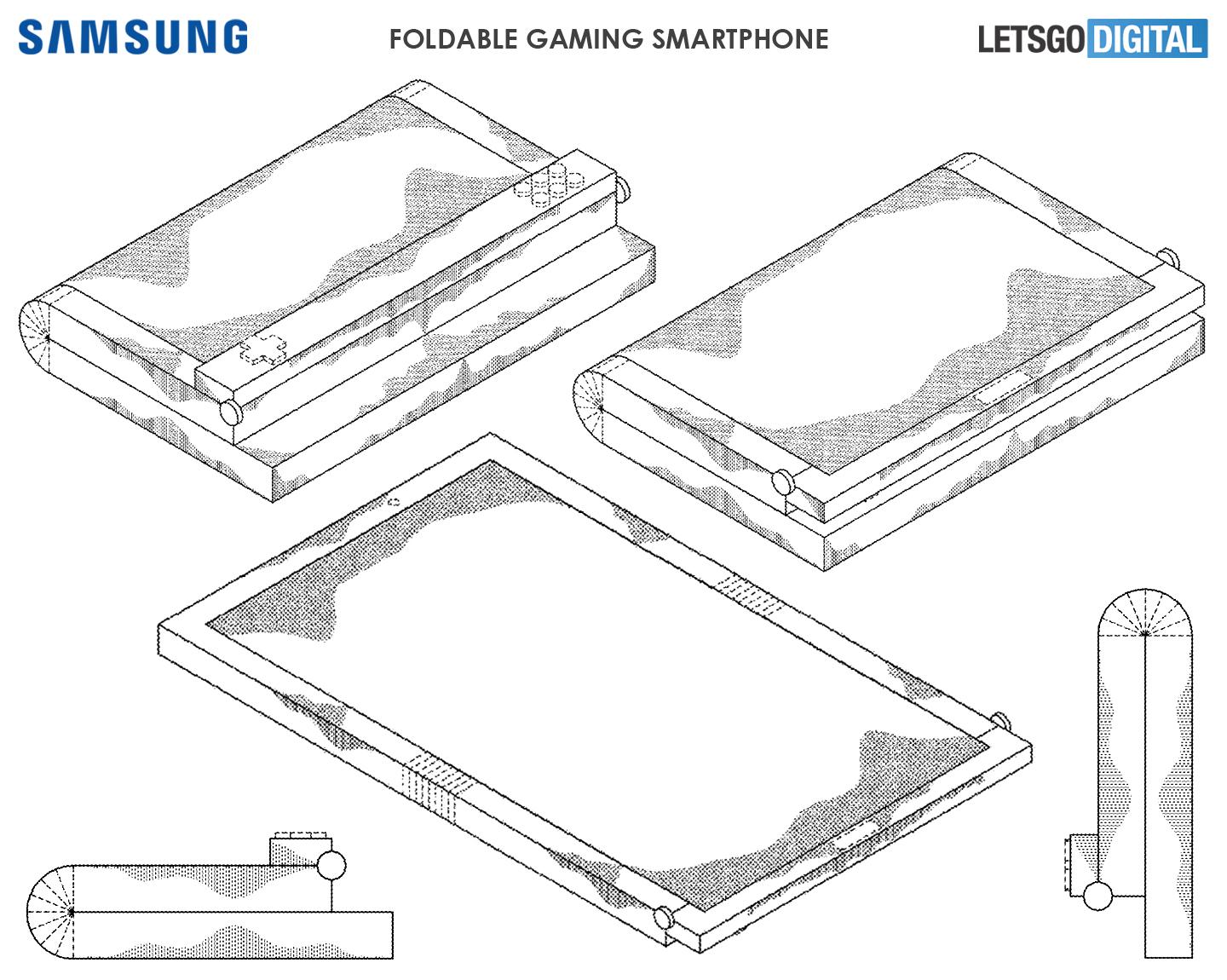 That said, the patent, which may not even become a real device, raises some questions and concerns. For one, the relative size of the buttons will make them feel cramped when in use. For another, the controller edge folds a section of the screen, which seems not only unnecessary but also risky for the screen’s integrity. While it does seem to be a curious device, Samsung will have to iron out a lot more kinks before such a foldable gaming phone becomes a reality.