Another tech show, another chance for Samsung to boast about how it fosters and cultivates innovation among its employees through incubation programs like its C-Lab, formerly Creative Lab. At MWC 2017, with less attention paid to its absent Galaxy S8, Samsung could put more focus on four concepts that aim to push the envelope of virtual reality as well as augmented reality. And, of course, Samsung’s Gear VR is at the heart of all but one of these proposals.

Relúmĭno is perhaps the least ambitious of the bunch, but it is one that perhaps offers the fastest implementation time and has most practical benefits. It is basically a visual aid for those nearly blind or visually impaired that enhances images and text to make them easier to see. Of course, it has its fair share of advanced technology, like in how it may be able to correct metamorphopsia and even remap blind spots. 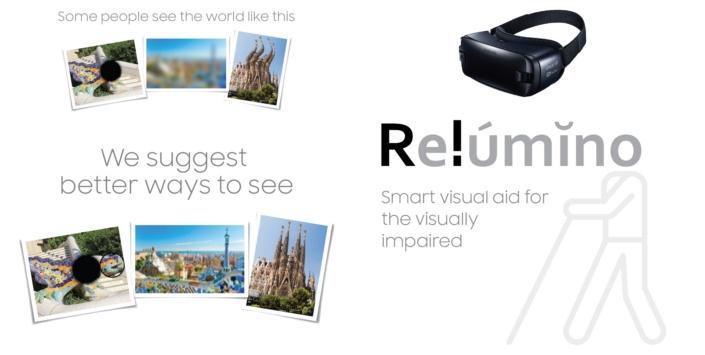 traVRer, on the other hand, makes a more casual use of virtual technology and one that doesn’t stray far from some experiences currently already available. It basically lets you travel to places, virtually of course, either to preview an area before actually going there or reminisce a past trip. The difference is that, unlike something like Street View VR, traVRer also captures the noises, events, and moods in those places rather than showing a barren, uninhabited and static location. You can even view videos of those same areas at specific times of the day, from morning to night. 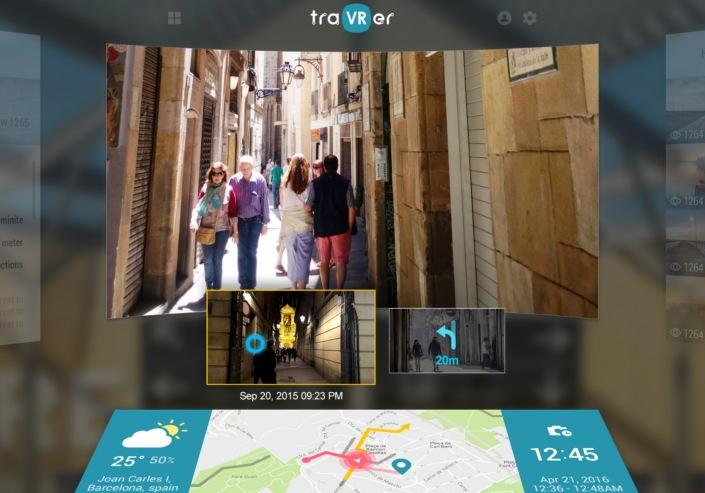 VuildUs is probably an idea that IKEA might want to implement. It allows users to try out different pieces of furniture to see if they will fit or match the room even before a purchase is made. Unlike the IKEA catalog app of the past, however, this one doesn’t use augmented technology. Instead, a 360-degree depth camera is used to make a 3D map of a real-world room. A mobile app is then used with the Gear VR to place items in the VR rendition of the room. Purchases can be made directly, using Samsung Pay, of course.

Monitorless is perhaps the most interesting, most ambitious, and most difficult to implement. It’s like Google Glass meets Microsoft HoloLens. The headset resembles a pair of sunglasses, complete with electro chromic glass that can switch between transparent and opaque. But unlike Glass or HoloLens, Monitorless uses optical lens displays placed behind the glasses. It takes its content from either a smartphone or a PC, effectively overlaying those screens onto the real world. But, at a flip of a switch, the sunglasses can also turn into a regular VR display.

Of course, none of these are actual products yet, which is precisely why Samsung will be showing them off at MWC 2017. These four are part of its “4 Years From Now” or 4YFN program which will let them network with investors, with a possibility of appearing at MWC as a finished product four years from now.