Back in January, the Rosetta spacecraft was awakened from its long slumber and prepped for a mission to a comet towards which it has been travelling since. NASA has posted an update on the spacecraft’s progress, as well revealing an image it took of the comet’s surface.

Rosetta has been tasked with analyzing the comet 67P/Churyumov-Gerasimenko, the surface of which you can see in the image above. The spacecraft is close enough to capture close-up details of the surface, including cliffs and craters. Rosetta was 80 miles away when the image was taken, says NASA. 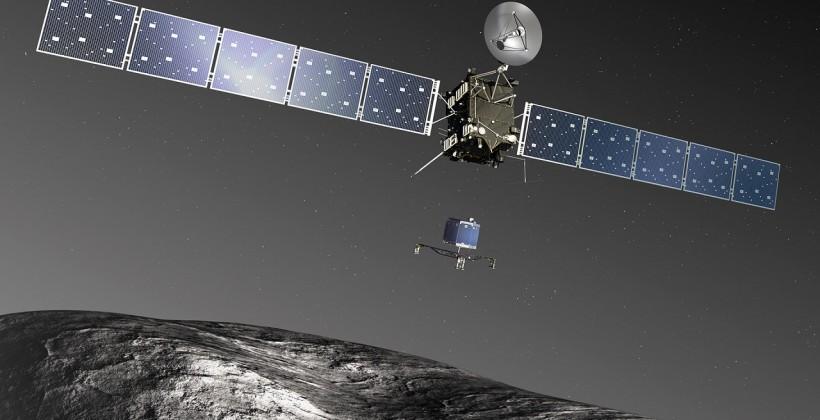 The image resolution (you can see the full-size image on NASA’s website) is 8-feet per pixel; it was taken with the spacecraft’s Onboard Scientific Imaging System, also called OSIRIS, earlier today. This will be followed up with an eventual landing on the comet’s surface.

When the spacecraft does land on the surface, it will take the first images ever snapped from such a position. Researchers hope to gather a plethora of data via Rosetta, including the comet’s composition, changes that happen as the celestial body due to the sun’s radiation, and more.