While some, like Oculus and now Samsung, want to immerse you in virtual worlds by constraining your eyes to a single point and faking the world, others are taking immersion from the other end. RoomAlive can turn any regular room into a completely interactive environment for games and other content, using only off the shelf components and some specialized software.

RoomAlive is the brainchild of Projection Mapping Central’s editors and is based on technology from Microsoft Research’s own IllumiRoom experiment. Revealed April last year, IllumiRoom tried to show how gaming could be taken to the next level using just a projector and a Microsoft Kinect. RoomAlive takes that even further by multiplying that setup by six.

This new experiment uses six such “procams”, or a contraption that is a combination of an off-shelf wide field of view projector, a depth camera, in this case a Kinect, and a computer. The setup utilizes a technique called projection mapping to illuminate and monitor every square inch of the room’s surface. This practically turns the whole room into one hi-tech gaming arena. 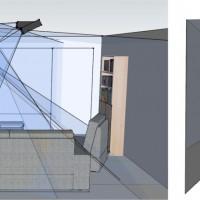 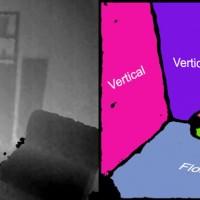 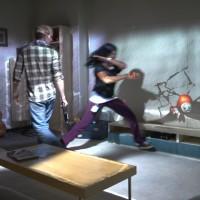 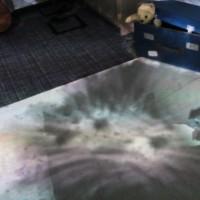 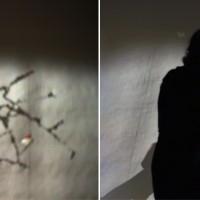 RoomAlive offers a few advantages over other projection mapping attempts, aside from using common components. Setup is advertised to be easy and automated. Whereas others would require users to manually calibrate or at least guide the projector’s cameras, RoomAlive only needs to be installed, on the ceiling of course, in the right directions and everything is taken care of by the software. The mapping software can not only map the 3D layout of the room but even identify orientation of surfaces such as horizontal, vertical, and floors. In addition, RoomAlive uses projection and head tracking not unlike Amazon’s Fire Phone in order to display images and models that somewhat look 3D to the user. And of course it’s all interactive, so users can hit or be hit, at least visually, by objects projected by the procams.

That said, even with commonly available parts, RoomAlive is bound to be quite expensive, definitely not something even most gamers will be able to get like a gaming console. That may not be much of an issue yet, as this admittedly very interesting foray into completely interactive rooms is very much still in the experimental stages and nothing consumers can get their hands on just yet anyway.