The launch of the Samsung Galaxy Note 10 may have sparked questions on the long-term viability of the product line. The Galaxy Note is largely defined by its S Pen stylus, which may have already peaked at this point. Some, however, are not completely sold on that particular use case and would prefer the more traditional pen and paper method.

For years, the folks over at Rocketbook have been offering a rather unorthodox way to bridge the digital and analog worlds together and with the latest Rocketbook Fusion notebook, it is attempting to appeal to one of the most passionate users of paper notebooks around: organizers and planners.

By now, the Rocketbook actually spans four products, one of which isn’t even directly connected to notebooks. It all started with a revolutionary yet also almost ludicrous idea: reusing notebooks by erasing pages when you’re done. The first Rocketbook Wave was magical but almost impractical. You had to microwave the notebook to erase contents and you can only do so five times. 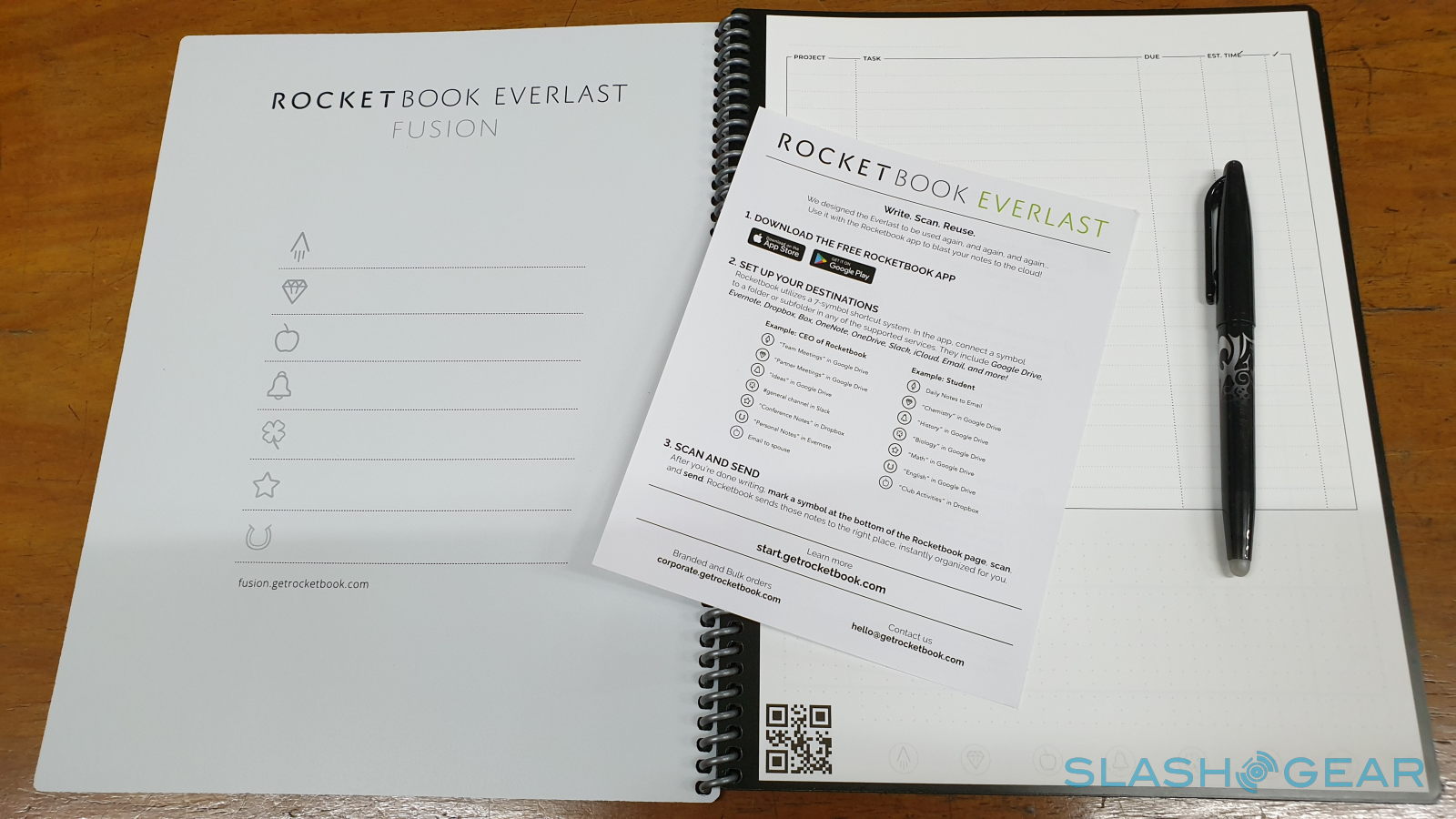 The Rocketbook Everlast that followed was admittedly more refined and almost more futuristic. It functioned more like a dry erase board using the already erasable Pilot FriXion pens. Instead of rubbing out the ink, one simply uses a damp cloth to erase the page.

The heart of Rocketbook’s experience, however, isn’t just the writing and erasing. That wouldn’t really fit the “digital” half of the equation. The other half is the app that scans the pages and, based on marks made on the page, automatically sends either an image or a PDF copy of the page to the user’s cloud storage of choice. This core feature is what helped Rocketbook expand its scope to whiteboards using only Beacon markers that can be placed on almost any large surface for the same effect.

The Rocketbook Fusion launched against that backdrop as an extension of the Everlast. To some extent, it can be considered a specialization and specialized version of that easy to use reusable notebook. While the Everlast only had blank (really nearly invisible dot grid) pages, the Fusion offered a variety of pages designed to accommodate those that regularly use certain productivity strategies and find it too cumbersome to write the same boxes over and over again.

Some such users have resorted to using permanent markers to draw those guides, which partly nullifies the benefits of the erasable pages.

That’s why the Fusion has pages that have already have those pages pre-made so you won’t have to. That includes a calendar spread over two pages and two pages for weekly planning. The notebook also has room for productivity systems such as OKRs and other general planning and project pages. 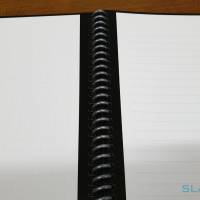 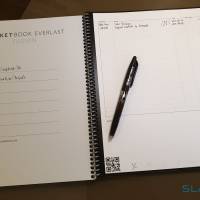 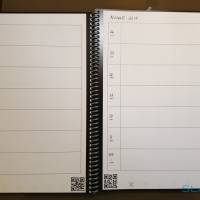 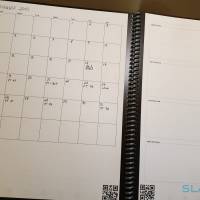 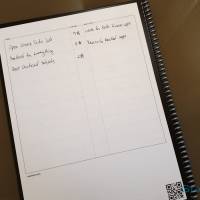 Unfortunately, it’s nearly impossible to accommodate the dozens of productivity systems in a single, thin notebook. Good thing, then, that the Fusion still includes those dot grid pages to let your imagination run wild. It does, however, also have one other trick up its sleeve.

It has a few pages with solid lines, just like a regular notebook, for those who prefer having guidelines for certain classes of writing, like journaling or prose.

Aside from the different paper designs, the Rocketbook Fusion is almost exactly like the Rocketbook Everlast, which is both a good thing but can also be a disadvantage. On the one hand, the Fusion is immediately familiar to Everlast owners and offers the exact same revolutionary paper that blends ink and digital together.

It also enjoys the exact same experience with the Rocketbook app, its computer vision and AI-assisted analysis of pages and handwritten text. Any improvement done to the app for the other notebooks also apply to the Fusion. 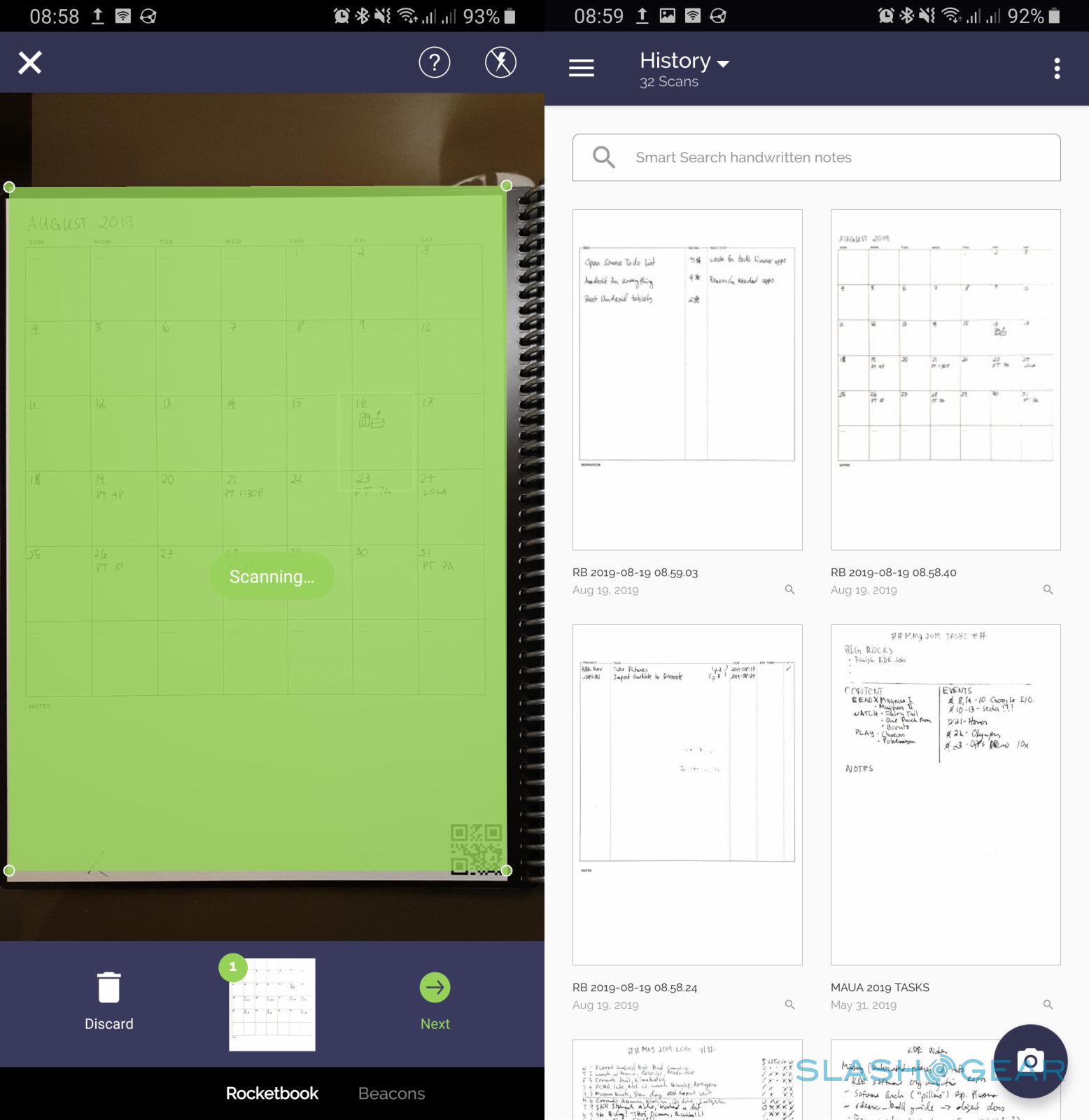 On the other hand, it also means that the Fusion also shares in the same flaws of the Everlast. Rocketbook hasn’t changed the textured plastic material it uses for the cover, making it almost too easy to scratch the surface.

The glossy paper might still be too slippery for pen and paper lovers and the 0.7 Pilot FriXion pen that Rocketbook ships with each pack takes the longest to dry, increasing the chances of smudging marks on the page.

The Rocketbook Fusion immediately feels familiar but also feels like a half-step forward rather than a full iteration. Fans of the technology may feel that Rocketbook has peaked when it comes to revolutionary ideas.

Of course, there are a few places the company can take the unique notebook, not least of which is improving the covers. It can also create detachable pages that people can then mix and match as they need. 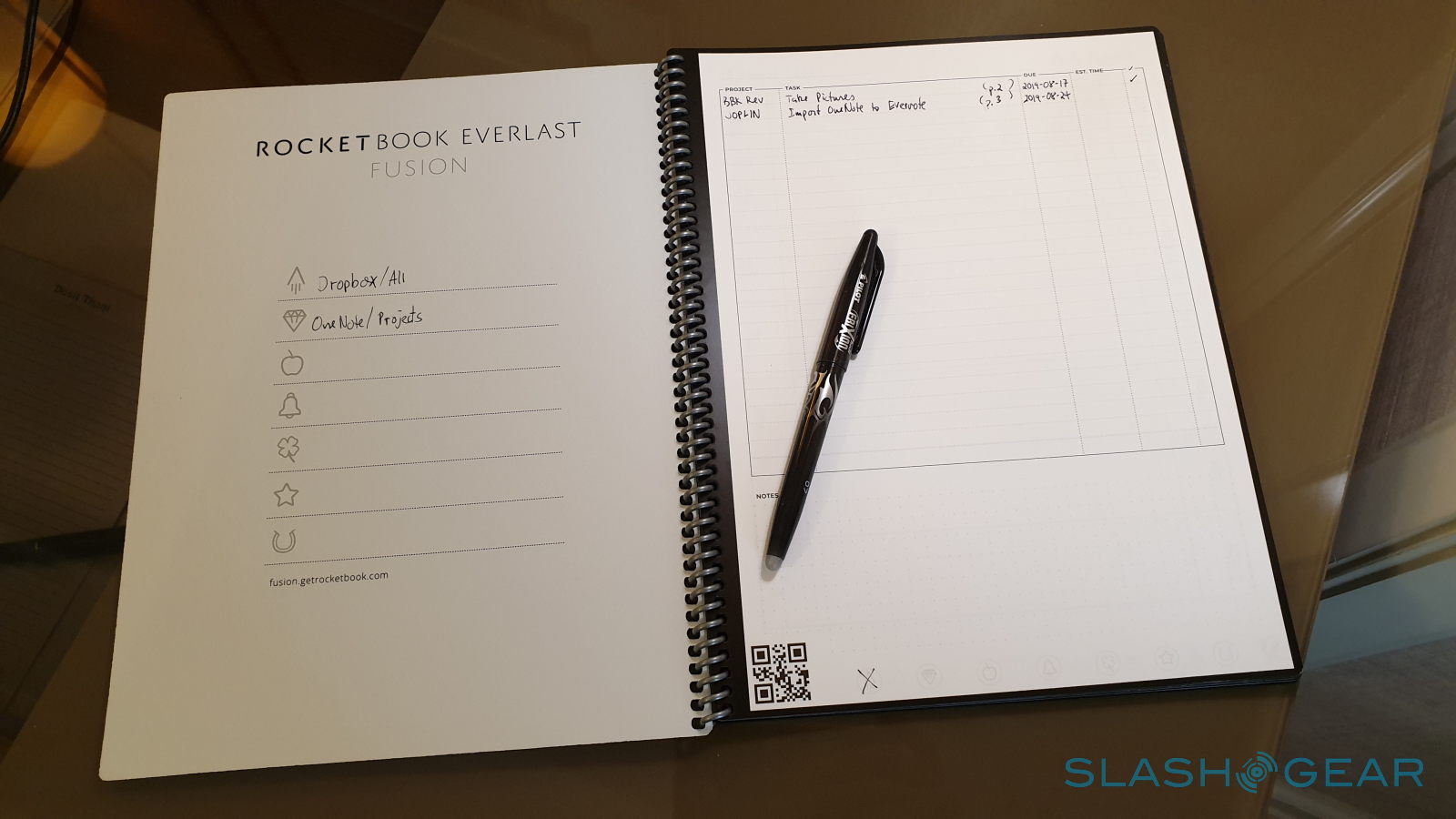 The Everlast Fusion is now available in the large Letter size and odd Executive format for $35 and $37, respectively. It may sound a bit pricey for a notebook with only 42 pages but it is almost infinitely reusable.

With preset pages for productivity, the Fusion offers even more flexibility by giving users the freedom to use more pages for everything else.