This information can be found lurking on the Resident Evil Village website, and it includes information for last-gen and current-gen consoles alike. On PlayStation 5 and Xbox Series X, for instance, we can expect the game to run at 4K HDR with a frame rate of 60fps. When you turn on ray tracing on both consoles, frame rate takes a slight hit and goes down to 45fps. Xbox Series S, meanwhile, will run at 1440p HDR/45fps by default, but turning on ray tracing brings the frame rate down to 30fps. 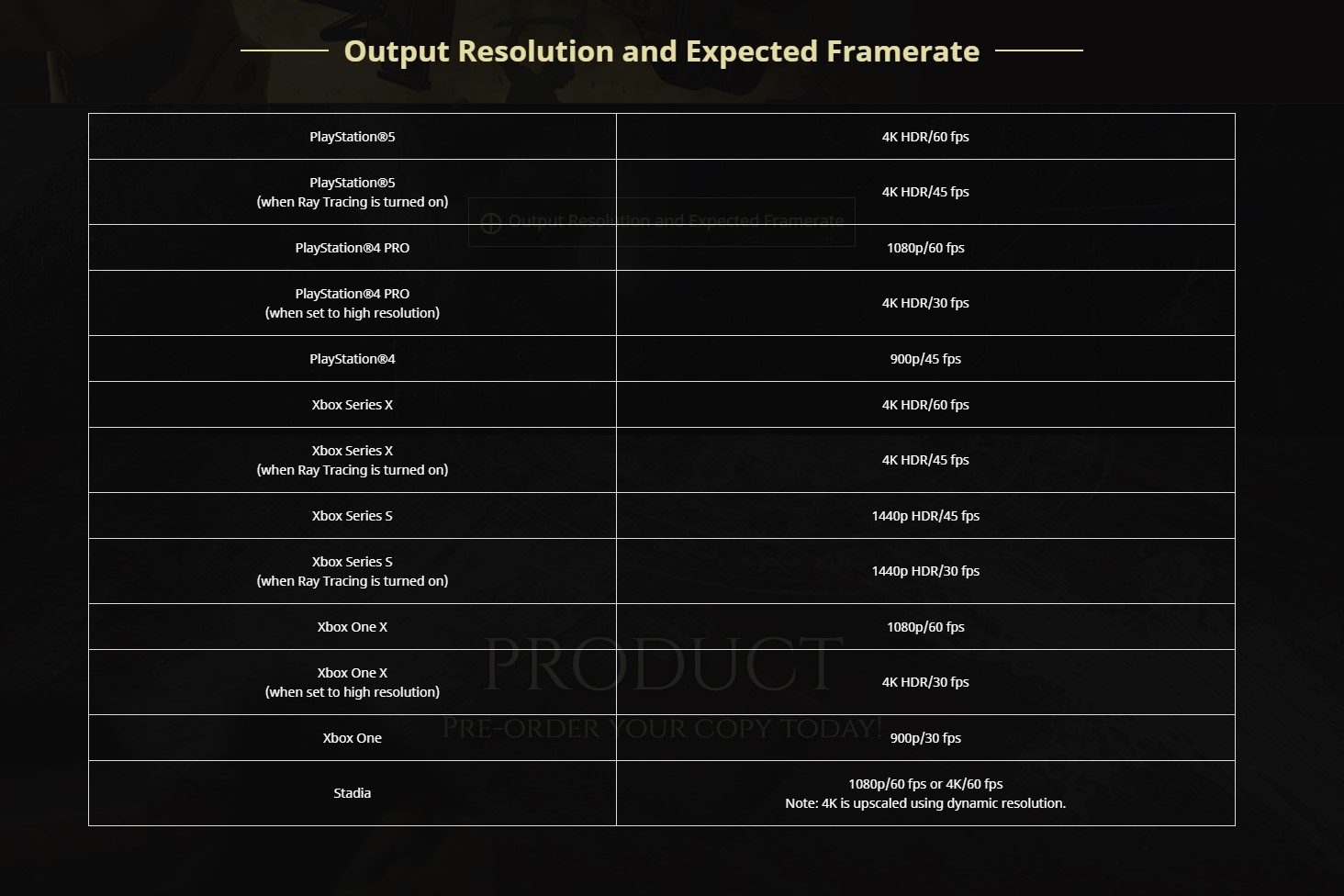 Things get interesting when we look at last-gen consoles, particularly the PS4 Pro and Xbox One X. By default, the PS4 Pro and Xbox One X will run at 1080p60, but when set to high-resolution mode, that’ll change to 4K HDR/30fps for both consoles. On the standard PlayStation 4 and Xbox One, the game will run at 900p30 – not bad by any stretch, but maybe a little underwhelming compared to the expected resolutions and framerates listed for other consoles.

We also learned what the expected resolution for Stadia is, with Capcom putting it at both 1080p60 and 4K60 while noting that 4K is upscaled using dynamic resolution. Capcom doesn’t share expected output resolution and framerates for PC in this table because that’s obviously more dependent on each player’s PC hardware than anything else.