A group of researchers at Washington State University have developed a mobile lab that allows cancer detection tests to be conducted in the field. What makes it interesting, as well as small and portable, is that the unit uses a smartphone as its central component, and not the most advanced model on the market now, but an aging iPhone 5. Also impressive is that it’s said to be up to 99% accurate, while still providing almost instant results from scans.

The research team was led by assistant professor Lei Li, who explains that the mobile lab uses a spectrometer to analyze up to eight samples at once, and measures the light spectrum to determine the amount and type of chemicals present in a sample. It’s capable of detecting human interleukin-6 (IL-6), which is a known biomarker for cancers of the lung, liver, breast, prostate, and epithelial tissue. 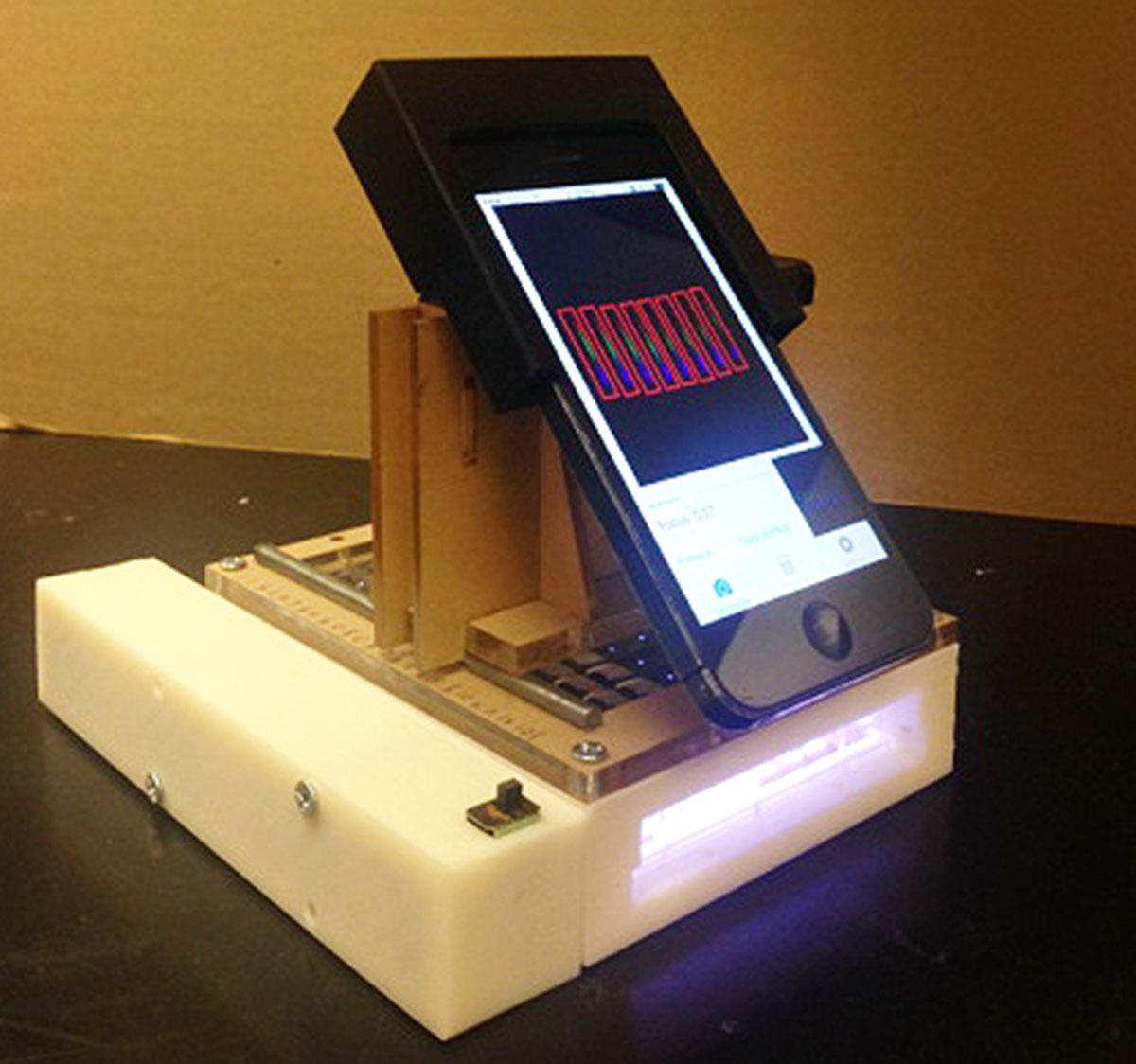 “The spectrometer would be especially useful in clinics and hospitals that have a large number of samples without on-site labs, or for doctors who practice abroad or in remote areas. They can’t carry a whole lab with them. They need a portable and efficient device.”

The fact that the lab can test up to eight different samples at once is what differentiates it from other smartphone-based spectrometers, as well as giving it the capability of a 99% accuracy rate. While it currently uses an iPhone 5, Li says the current device is an early model, and he is attempting to design one that can rely on any smartphone.