Calcium is something that most will associate with milk, teeth, and bones. What may come as a surprise is that most of the calcium in the universe, including calcium inside our bodies, came from the death of stars. Scientists have been studying calcium-rich supernovae, a type of stellar explosion so rare that astrophysicists struggle to find and study them.

Due to their rareness, this type of supernovae’s nature and the mechanism for creating calcium have remained a mystery. The team of researchers from Northwestern University has possibly uncovered the true nature of these mysterious events. For the first time, a calcium-rich supernova was studied with x-ray imaging.

The x-ray imaging provided an unprecedented look into the star during the last month of its life and the eventual explosion. The researcher’s findings showed that the calcium-rich supernova is a compact star that shed an outer layer of gas during the final stages of its life. When the star explodes, matter collides with the loose material in the outer shell and immense bright x-rays are produced.

The explosion causes intensely hot temperatures and high pressure that drives nuclear fusion to produce calcium. Because this type of supernova is so rare, scientists say that they have never known what produced calcium-rich supernova. Researchers say that by looking inside the star in the final month before it exploded, they were able to view previously unexplored territory and open new avenues of study within transient science. 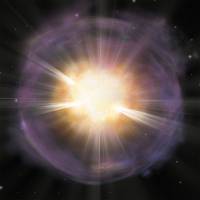 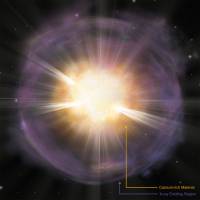 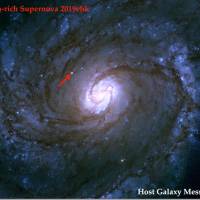 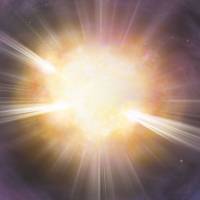 Before using the x-ray observations, science had only indirect information about what a calcium-rich supernovae may or may not be. The team says that it can now confidently rule out several possibilities. The supernovae the team studied is SN 2019ehk. Its brief luminosity suggests that the star lost a very small amount of material right before it exploded, and the material was still nearby. Prior to the explosion, no one knew the star existed as it was too dim to be observed.