If you have ever watched a cartoon or movie with Superman in it, you know that one of his powers is the ability to shoot lasers out of his eyes. In the scientific world, these are known as ocular lasers and a group of researchers from the University of St Andrews has made them one step closer to reality. The team says that it may now be possible to create ocular lasers thanks to a new ultra-thin membrane that uses organic semiconductors.

Rather than fighting bad guys, these ocular lasers could be used in security, biophotonics, and photomedicine. The scientists say that the threshold for their membrane lasers is compatible with requirements for safe operation in the human eye. The laser was demonstrated using a cow eye as a model system. 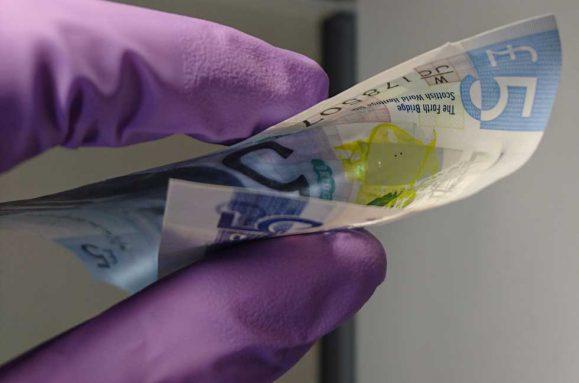 The laser could be attached to a contact lens or a banknote thanks to its approaching the weight, thickness, and mechanical flexibility needed. Flexibility and robustness needed to attach the laser membranes to another object have been demonstrated. Researchers also note that when attached to another object the optical properties didn’t change over the course of several months.

Applications could include attachment to contact lenses or money where they could be used as flexible and wearable security tags. With varying of materials and grating the researchers say that the laser emission could be designed to show a specific series of lines on a flat background. That could represent ones and zeros of a digital barcode.

This sort of flexible optoelectronics for displays and wearable sensors are on the verge of large-scale commercialization. There is no indication of if or when the ocular lasers might come to market.