A group of researchers from UCLA have created a low-cost device that can generate electricity using a natural cooling phenomenon. The cooling phenomenon is called radiative sky cooling. The team has leveraged that phenomenon to create renewable energy at night that they say could be adapted to provide low-cost electricity to people without access around the world.

The concept device that the researchers created can be used as a stand-alone technology or combined with solar energy to make electricity in the day and night. Radiative sky cooling is a natural phenomenon where a surface that faces the sky ejects heat into the air as thermal radiation. Some of the heat eventually reaches the upper atmosphere and then makes it into space. 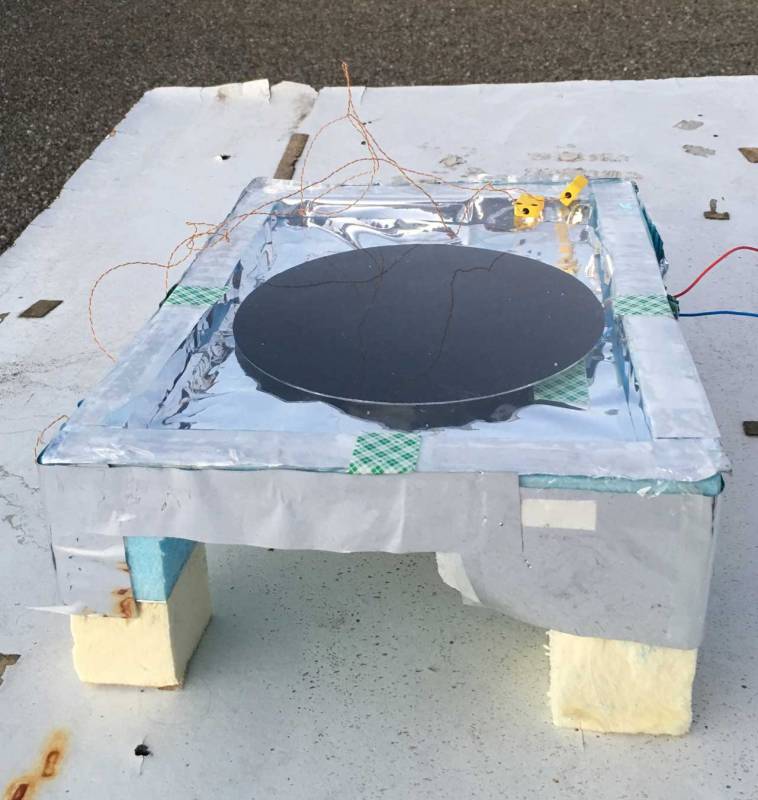 The new technique captures some of the heat in the surrounding air that would otherwise escape into the sky and converts it electricity. The effect happens naturally all the time but is especially common on clear nights. The result is that the object ejecting heat will be slightly cooler than the ambient temperature.

The device that the team created uses parts that were purchased at hardware and electronics stores for less than $30. The device that the team created was set up on the roof of a building and uses an aluminum disk that was painted black on one side with the black side facing the sky. The disk was used to radiate heat given off by the surrounding air. A thermoelectric generator was used to produce voltage in response to a temperature difference.

The team says that the device generates up to 25 milliwatts per square meter, which is enough power for a single LED lightbulb. The scientists say that it could be used to generate electricity at night in off-grid locations or for users who lack access to batteries. The team believes that with better components, it could produce as much as 0.5 wats per square meter, enough to charge a cell phone overnight.