Researchers from Switzerland have devised a method that allows the harvesting of electricity from walking on a wooden floor. The technology is called a nanogenerator and enables enough electric power to be generated from walking to power a lightbulb in testing. Researchers on the project improved the wood flooring their nanogenerator uses by integrating a combination of a special silicone coating and embedded nanocrystals.

The result of their work is a power generation device reportedly 80 times more efficient than natural wood. It harvested enough electricity to power an LED light bulb and small electronic devices. Researchers created their experimental nanogenerator by embedding two pieces of functionalized wood between electrodes. The pieces of wood become electrically charged through the contact and separation that comes from the act of walking. That is called the triboelectric effect.

One of the biggest challenges in generating electricity using wooden floors was that by nature, wood is triboneutral, meaning the wood has essentially no tendency to acquire or lose electrons limiting its ability to generate electricity. One major challenge was to make wood that was able to attract and lose electrons. 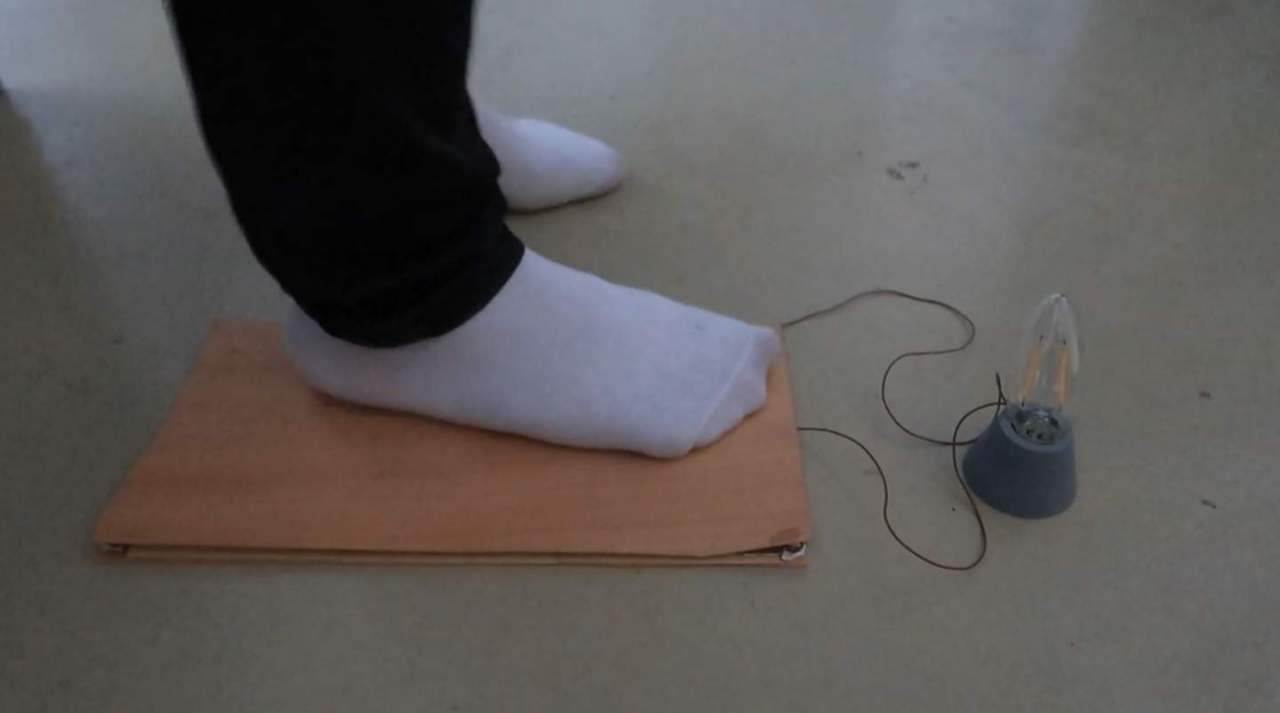 To enable the ability to gain and lose electrons, researchers coated one piece of wood with polydimethylsiloxane (PDMS), which is a type of silicone able to gain electrons when contacted. The other piece of wood was functionalized via in-situ-grown nanocrystals called zeolitic imidazolate framework-8 (ZIF-8). ZIF-8 is a network of metal ions and organic molecules that has more tendency to lose electrons than gain. 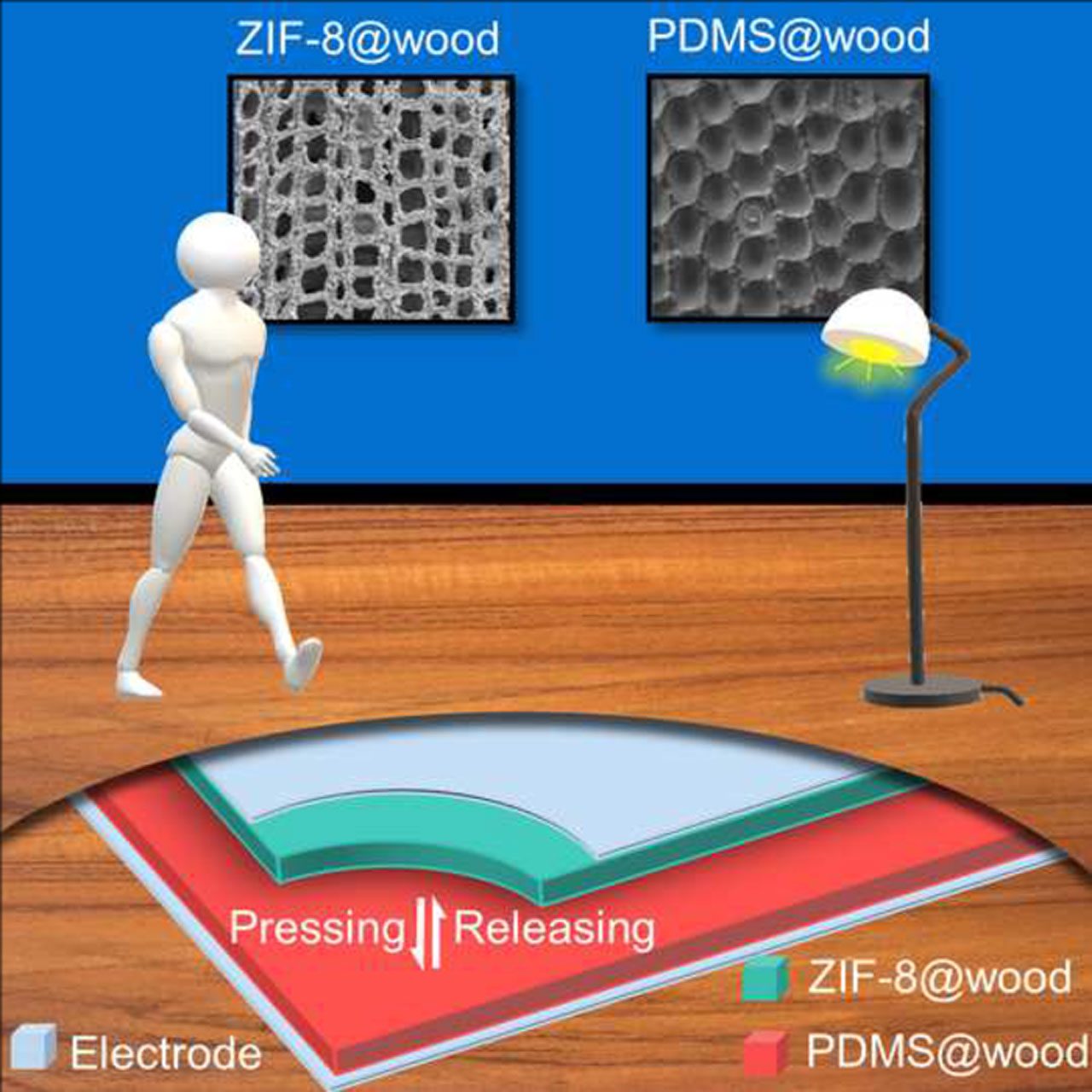 Researchers also investigated different types of wood to see which works best for electricity generation, and they investigated if the direction the grain ran in the wood mattered. Ultimately, the team discovered that a triboelectric nanogenerator created from radially cut spruce performed the best. That wood also happens to be commonly used for construction in European nations. Currently, the researchers are working to optimize their creation.