There are more and more 3D screens that have been surfacing that need no glasses to let you see the 3D graphics. The Nintendo 3DS was one of the first commercial examples of this tech, but more is coming. A new 3D screen that needs no glasses has surfaced in Japan and it comes from the Keio University. The display lets you see 3D and touch the virtual 3D characters on the screen.

This isn’t a touch screen like the iPhone or iPad uses. The screen has a tactile interface that allows the user to touch the objects on the screen and interface with them. This sounds like an awesome display for the engineers out there working in a 3D drafting and design environment. The system is complicated and looks to clearly be in the development stage still at this point. 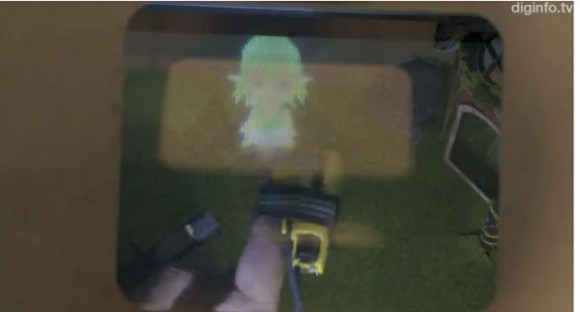 The viewer looks through a system that shows the real scene with the 3D objects over the top. It appears that the system lets the user touch the 3D objects while wearing a little finger mouse looking device and move them around. Check out the video below for a better idea how this works. The vid is Japanese with a robotic voice translation over the top.