People who drive a lot for work tend to feel like they live in their cars, but Renault has a new concept called SYMBIOZ that is an integrated house and car designed to work together in harmony. The concept is a vision of an autonomous car and connected home that sees the car in use in different places within and around the home.

The SYMBIOZ car itself all electric and the car and home share energy that is distributed through a smart grid. The SYMBIOZ system can program the home to use power stored in the batteries of the car temporarily for lights, screens, and home appliances during periods of peak use. Power from the car is also used if there is a blackout automatically.

The system also uses the car as an additional, modular room and the car can park inside and outside the physical structure. The car is an extension of the home when travelling with lots of cabin space thanks to a rear-wheel drive configuration. There are two electric motors for the rear axle and the batteries for the car are under the floor of the car. 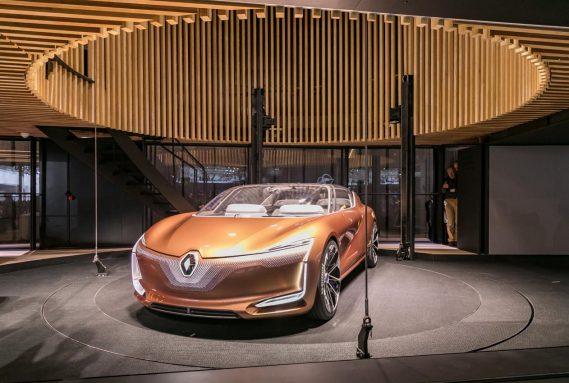 Renault designed the car with a retracting dashboard and pivoting front seats to allow for conversation and interaction among passengers while the car handles the driving autonomously. Lots of tech inside the car allow for detection of passengers and automatic settings for seats, music, and entertainment.

Renault plans to have an autonomous and connected demo vehicle using many elements of SYMBIOZ for testing later this year. It’s not clear when a production vehicle using this tech or a home with the tech embeded might be available. Renault is working with a number of companies on SYMBIOZ tech including LG for the human-machine interface, Ubisoft for the VR experience for autonomous driving, and several other firms are working on other aspects of the car. 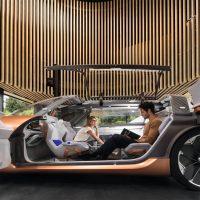 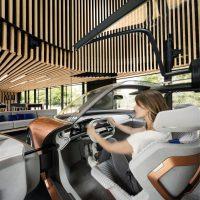 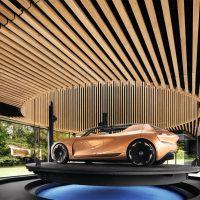 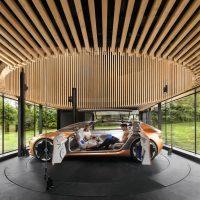 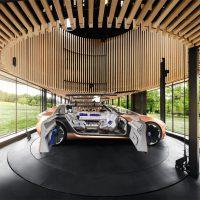 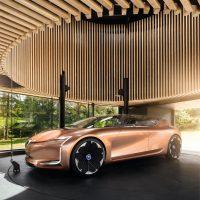 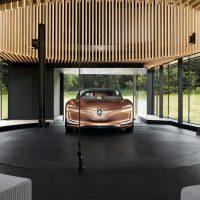 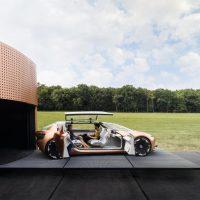 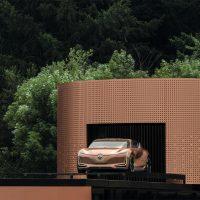 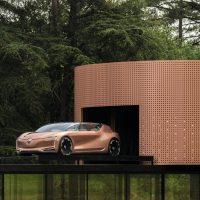 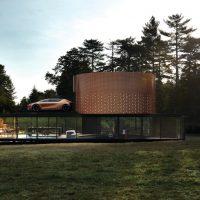 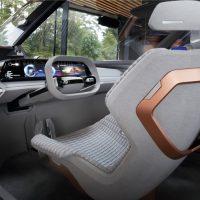 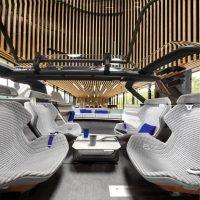 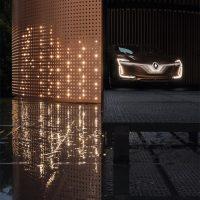 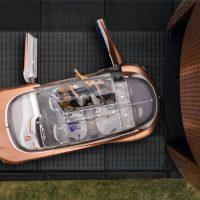 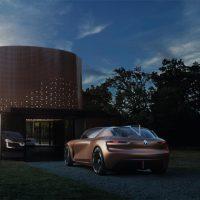 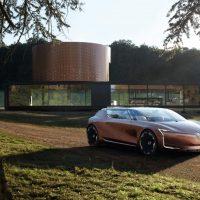 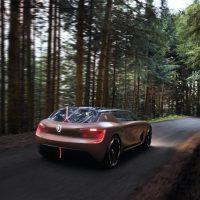 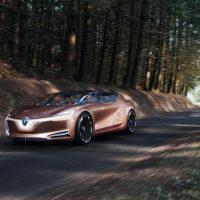 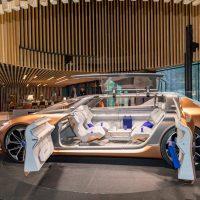 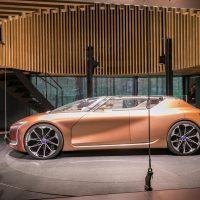 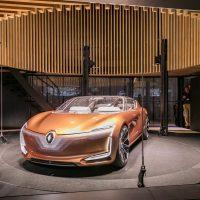 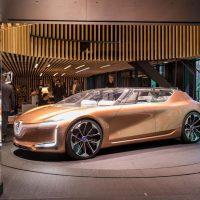 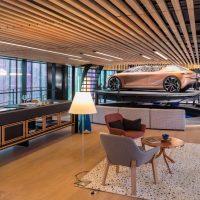