A man called Richard Browning is the founder and chief test pilot of a company called Gravity Industries. He participated recently in the Guinness World Records Day where he set the world record for the fastest seed in a body controlled jet engine powered suit. Basically, he is Iron Man. The record-setting flight was performed in Lagoona Park in Reading, UK.

For the record-setting run, a Guinness World Records adjudicator, Pravin Patel, was on hand to certify the record and ensure that the speed as measured accurately over a 100-meter distance. The jet suit pilot set a record of 32.02 mph on his third and final attempt at the record. He then dropped into the lake.

The suit used in the record is powered by six micro jet gas turbines that run on kerosene and each have 22 kg of thrust. There are no control surfaces for direction, the suit is completely controlled by body movement alone. The pilot must balance and hold position in the air to maintain position.

The top speed reached isn’t that fast, but considering how complex the control system looks the record and the flying suit are impressive indeed. If you are wondering about the Guinness World Records Day event, it is an annual thing.

The event was originally designed to celebrate the day back in 2004 when the Guinness World Records book become the world’s best-selling copyright book. The event this year saw nearly 600,000 people around the world trying to set world records and make it into the book. 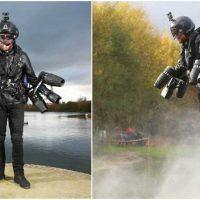 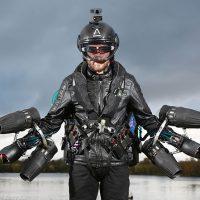 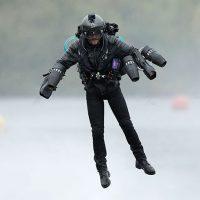 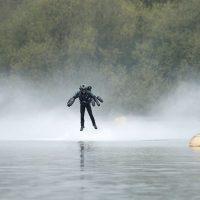 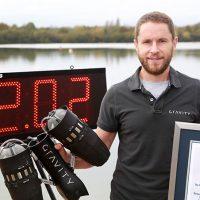