Razer USB-C GaN charger can charge four devices at once, but it’ll cost you

To go along with its freshly-announced Razer Blade 14 – the first AMD-based gaming laptop the company has made – Razer also announced that it’s getting into the business of making Gallium Nitride (GaN) chargers. Dubbed simply the Razer USB-C GaN Charger, this new charger comes with a surprising amount of functionality and portability. The only downside, it seems, is that it’s going to cost a lot of money to own one.

The Razer USB-C GaN Charger offers up to 130W of total charging power between its four charging ports. Two of those are USB-C ports and the other two are USB-A ports, so you can charge a variety of items with this brick. In addition, you can use all four of those ports at the same time to charge four different devices at once as well.

According to Razer’s own specs, the wattage breakdown sees both USB-C ports sharing 100W, while the two USB-A ports share 18W. The charger clocks in at 0.35g and comes with modular plugs that cover the UK, EU, and the US, so Razer is definitely positioning this as something of a travel charger as well. 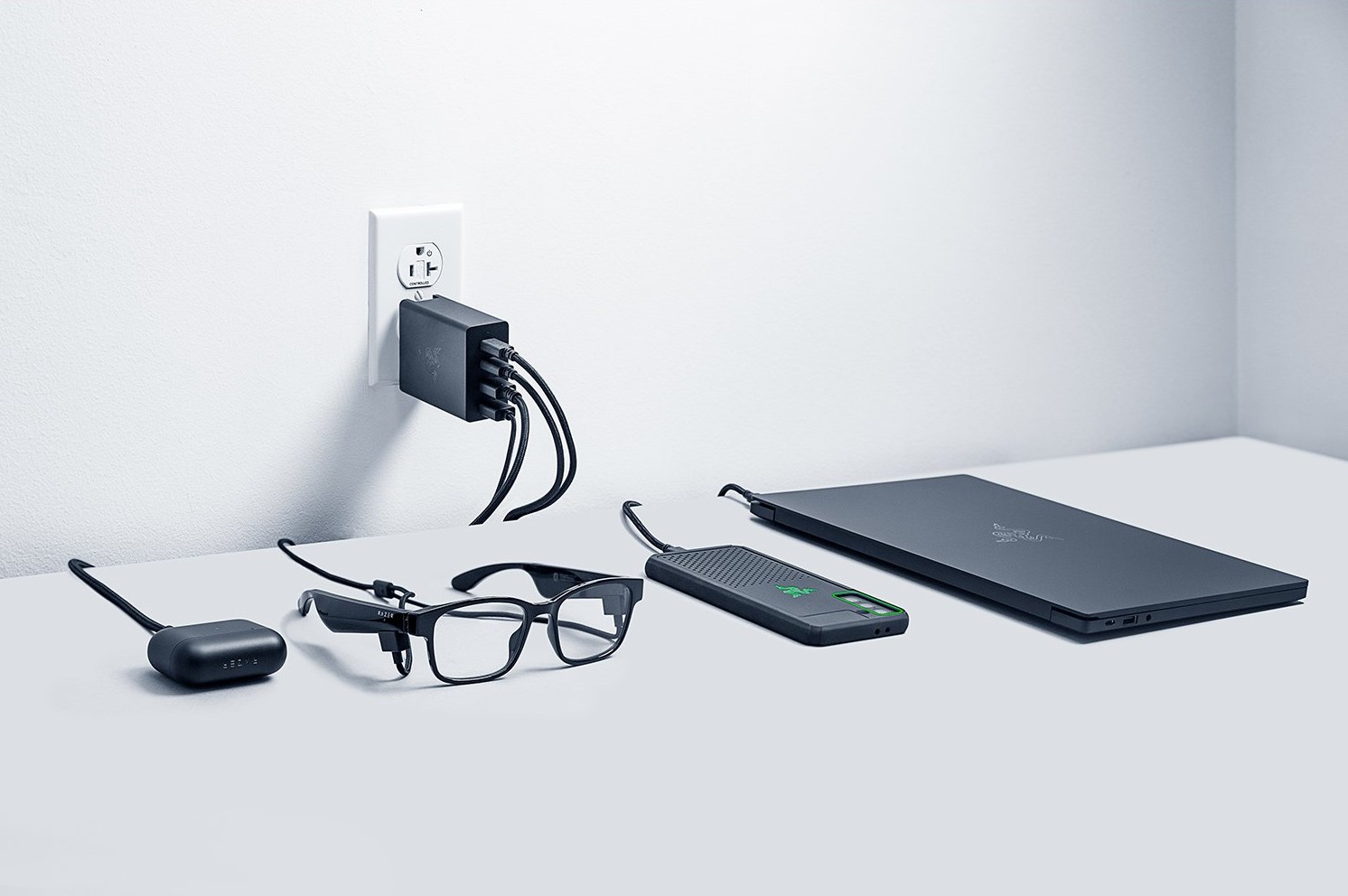 The fact that it uses Gallium Nitride helps keep the charger’s footprint small while also offering better power delivery than standard charging bricks. It also should run significantly cooler than standard fast chargers, which in turn reduces the risk of overheating when you’re charging multiple devices at once.

All of that sounds great, but these features come at a cost, as we said at the outset. Razer has priced its USB-C GaN charger at $179.99 – significantly more than the fast chargers most of us are probably used to buying. If that price tag isn’t enough to dissuade you, then the Razer USB-C GaN Charger is available beginning today from Razer’s website.