Razer today announced the BlackWidow V3 keyboard, which is the latest entry in its popular line of gaming keyboards. The BlackWidow V3 comes with several improvements over its predecessor, offering users their choice of Razer mechanical keys. It also comes in full-size and tenkeyless models as well, so those who like a more compact keyboard can get one with the BlackWidow V3.

The BlackWidow V3 seems to be a gaming keyboard in every sense of the word. If you’re not a fan of RGB, you’ll probably want to give this keyboard a hard pass, because not only does the BlackWidow V3 feature Chroma RGB, but Razer even says that it’s brighter than it was in previous iterations thanks to transparent switch housing. 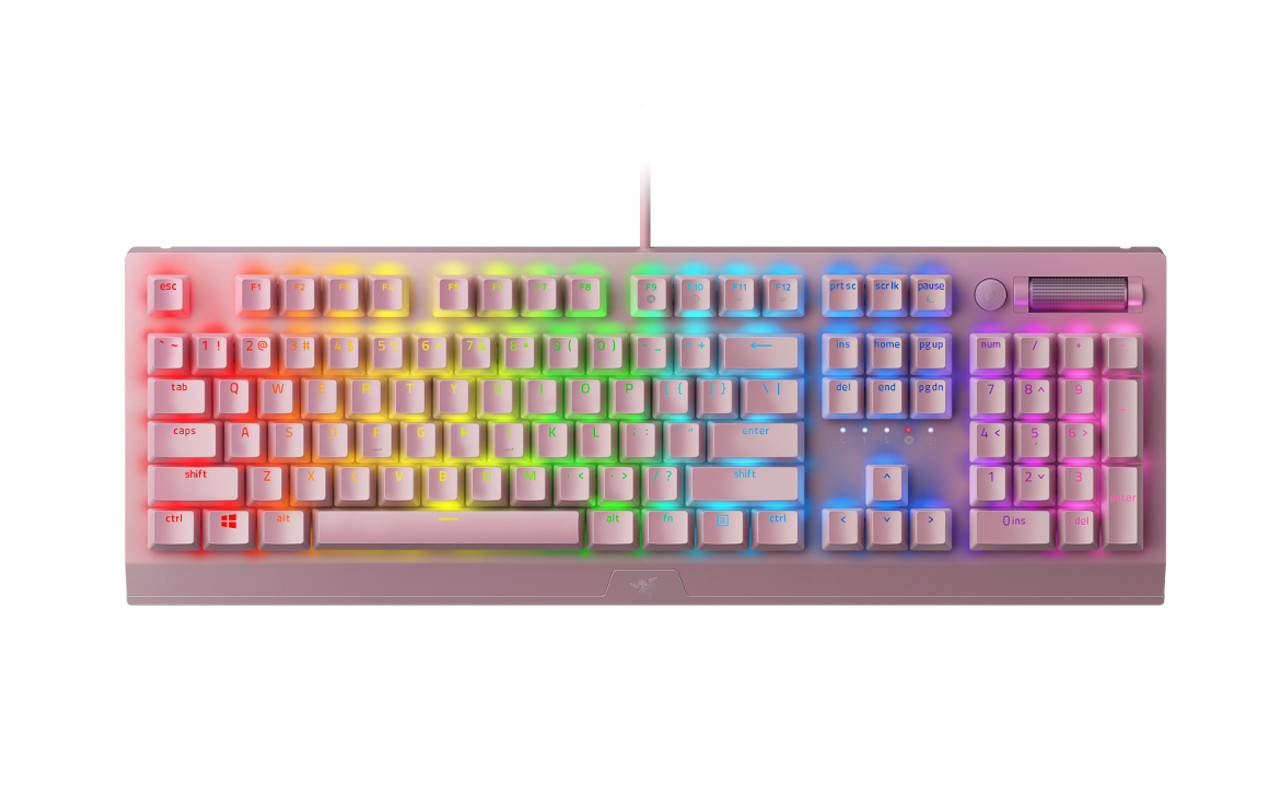 When buying the BlackWidow V3, you’ll be given the choice of either Razer Green or Yellow mechanical switches. Razer Green Switches are more of a traditional mechanical switch, as they give an audible and clicky actuation. Those who need to be more discreet are better served going for Yellow switches, which offer a linear keystroke and quieter actuation – in fact, Razer says that it’s outfitted these switches with silicon sound dampeners to make their actuation even less audible. 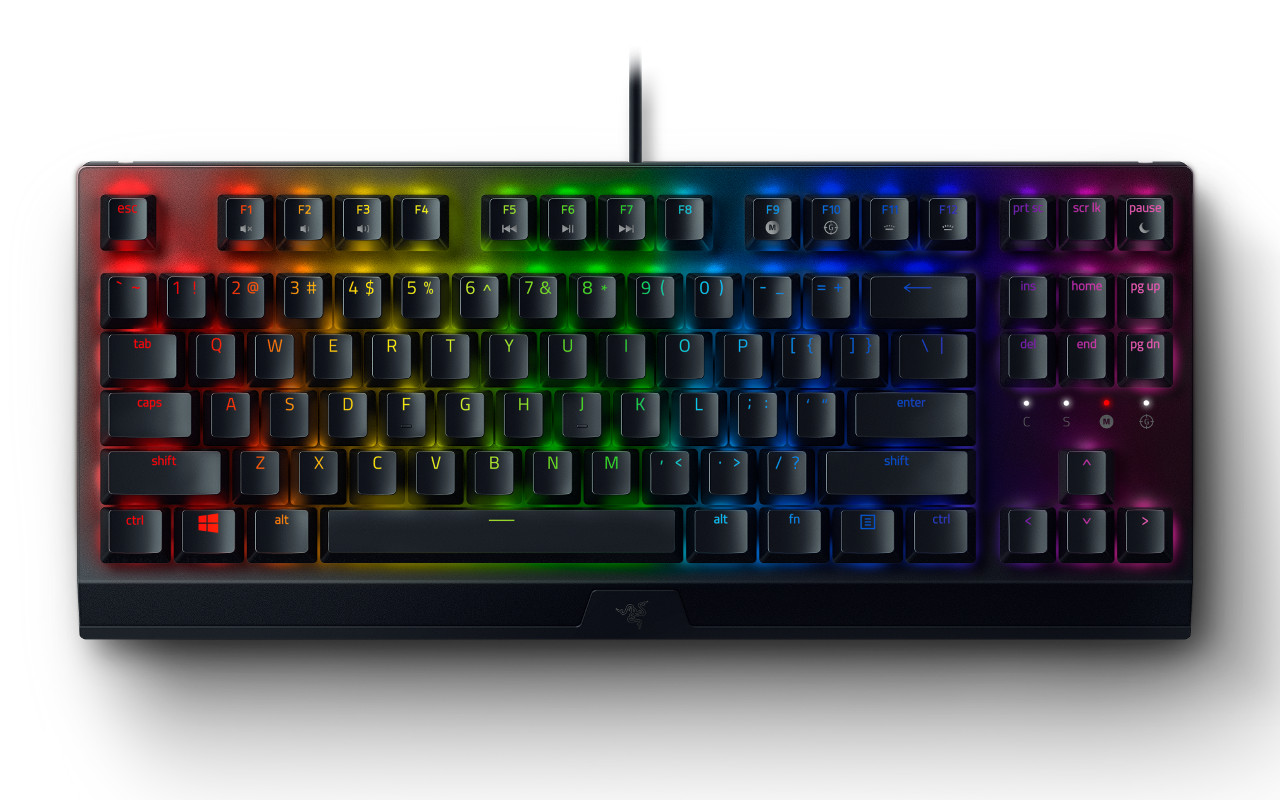 Razer says that the Doubleshot ABS keycaps have molded lettering that won’t wear off over time, with thicker walls to maintain durability throughout the switches’ 80 million keystroke lifespan. The keyboard features a dedicated media key that’s paired with a scroll wheel in the upper right corner, while the aluminum chassis has build-in cable routing. The keyboard also boasts on-board memory for five profiles, N-key rollover, 1000 Hz ultrapolling, and even a wrist rest. Here in the US, the keyboard will be offered in a Quartz color scheme in addition to the standard Black.

The tenkeyless version of the BlackWidow V3 is very similar to the full-size version, but there are a few key differences. Obviously, the biggest difference in the lack of a numpad, but the keyboard is also missing the scroll wheel, media, key wrist rest, and the on-board profile storage (though you can still program keys and record macros on-the-fly, just as you can with the standard BlackWidow V3). Both models are available today from Razer’s website, with the tenkeyless model priced at $99.99 and the standard model running $139.99.