When it comes to keyboards, the mechanical variety usually provides the most travel between you pressing a key, and its input. That usually means a more “clicky” feel, and most people tend to prefer this type of keyboard. As of now, Razer’s line-up of keyboards, like the Lycosa and Arctosa, are scissor-switch keyboards, which means they don’t have the same kind of travel. But, Razer’s about ready to let loose their first variations of mechanical keyboards. Introducing the BlackWidow and BlackWidow Ultimate.

As you might imagine, the names suggest different features between the pair of keyboards. While they fall into the same lineage, you get what you pay for, as the old saying goes. Razer is saying that their new keyboards are the best mechanical keyboards out there, stating that the power required to press each key isn’t as terrible as other keyboards, the feedback given to the user is better, and that the depth of the actuation point isn’t terrible. 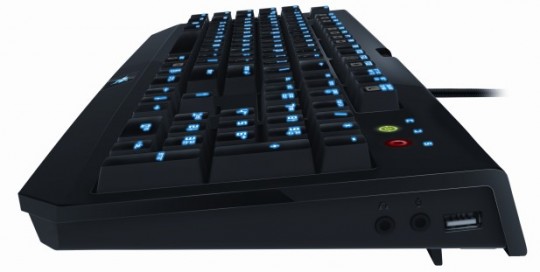 Features wise, you can tell from the image here that you get a pretty durable-looking keyboard. And, unlike most other mechanical varieties, the price tag isn’t too terrible. With the BlackWidow Ultimate version, you get illuminated keys and an extra USB port. You also get headphone and microphone jacks. So, for $80 you get a pretty normal keyboard, but for $130, you get plenty of extras to make the higher price tag make sense.