With Ratchet & Clank: Rift Apart on the horizon, Sony today revealed a lot of new information about the game. First and foremost, we received a new trailer that reveals the name of the new female protagonist we’ve seen in teasers since the game was first announced. On top of that, Sony confirmed that even more details about Rift Apart are coming in a new State of Play centered around the game later this week.

The new trailer that dropped today reveals that our new protagonist is named Rivet, and she comes from a dimension where Dr. Nefarious is actually the ruthless Emperor Nefarious. We’ll be playing as Rivet for at least some portion of the game, and it seems that she’ll play a big part in the narrative considering that she’s on the Rift Apart‘s box art.

In other Rift Apart news, Sony confirmed that Mark Mothersbaugh will be the composer for the game, sharing some of the tracks he’s created in today’s PlayStation Blog post. Music from Mothersbaugh’s band, DEVO, can be heard in the trailer that debuted today. 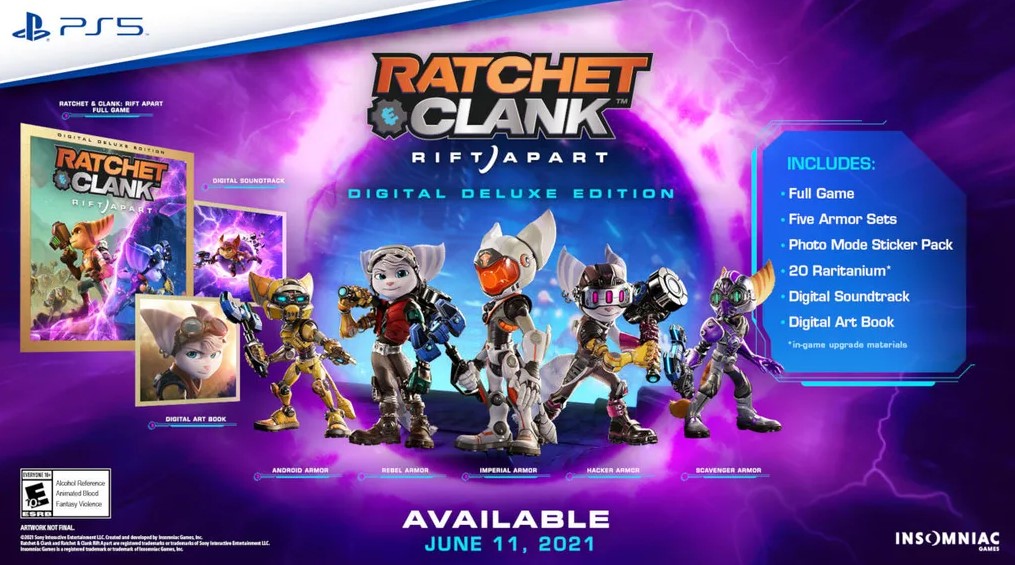 That’s all we’re getting for today, but Sony says it’ll reveal more in a State of Play that will include additional gameplay footage later this week. That’ll be happening on Thursday, April 29th at 2 PM PDT/5 PM EDT on the PlayStation Twitch and YouTube channels. We’ll let you know if there are any big reveals from the show, so check back here on Thursday for more.