In a few months, the Star Wars craze will hit the world again with the premiere of the Last Jedi. But before that happens, you can train your own padawans in the old ways of the Force by introducing them to the original (and some would say the best) Star Wars episodes (definitely not I to III). And what better way to get them excited by putting them in the shoes of young Luke Skywalker as he traverses the desserts of Tatooine aboard their very own mini Landspeeder, courtesy of good ol’ Radio Flyer.

Radio Flyer has a whole fleet of miniature versions of flagship as well as vintage car models, but why limit them to Earth-bound vehicles? Perhaps not as iconic compared to cars from other movies, the Star Wars Landspeeder is the most identifiable land-roving vehicle from the beloved space opera franchise. Plus, it’s closer to being a car and easier to miniaturize too.

The toy car is modeled after the X-34 and is faithful to the design, down to the sun-faded colors and sand-pocked accents. Of course, it doesn’t actually float, but the four wheels are well hidden to give the illusion of hovering over the ground. Completing the illusion is an interactive dashboard with lights and sounds taken from the films. 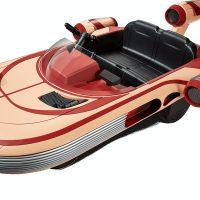 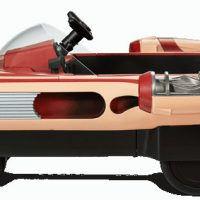 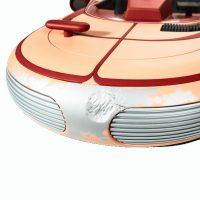 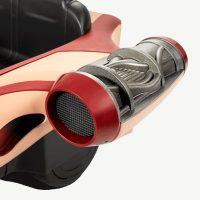 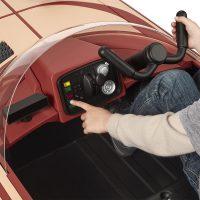 The car drives at a max of 5 mph forward, though it can also travel 2 mph forward and reverse. It runs off a rechargeable 12V battery, charger included in the package. The Landspeeder has a capacity for two, letting kids share in their Jedi adventures with friends.

The Radio Flyer Star Wars Luke Skywalker’s Landspeeder is now available for pre-order for a sweet price of $499.99. Toys’R’Us notes that it will hover out starting 5th September, way ahead of Star Wars Episode VIII: The Last Jedi. Too early for the holidays though, unless your young one was able to play Jedi mind tricks on you.