QubeStove Pizza Oven and Stove in One Review

Here at SlashGear, we cover a ton of technological innovations that help improve the quality of life but not all innovations come as gadgets, cars, or cameras. Some of the best new things in life take traditional tools and sprinkle some human ingenuity on top to give modern life some pizzazz. Like this new QubeStove two in one pizza oven and stove that removes the need to decide whether to make pizza or cook food. You just need to make time for both.

You’ve probably heard of, seen, or maybe even own a stove you can take with you out on trips but one that can also make pizza probably sounds almost too good to be true. One that can cook food and pizza, though not at the same time, without using gas or electricity might even sound like a scam but that’s exactly what QubeStove is promising. For those times you want to escape to the great outdoors but don’t want to use up that electric generator for cooking, this is almost the perfect tool to take along with you. 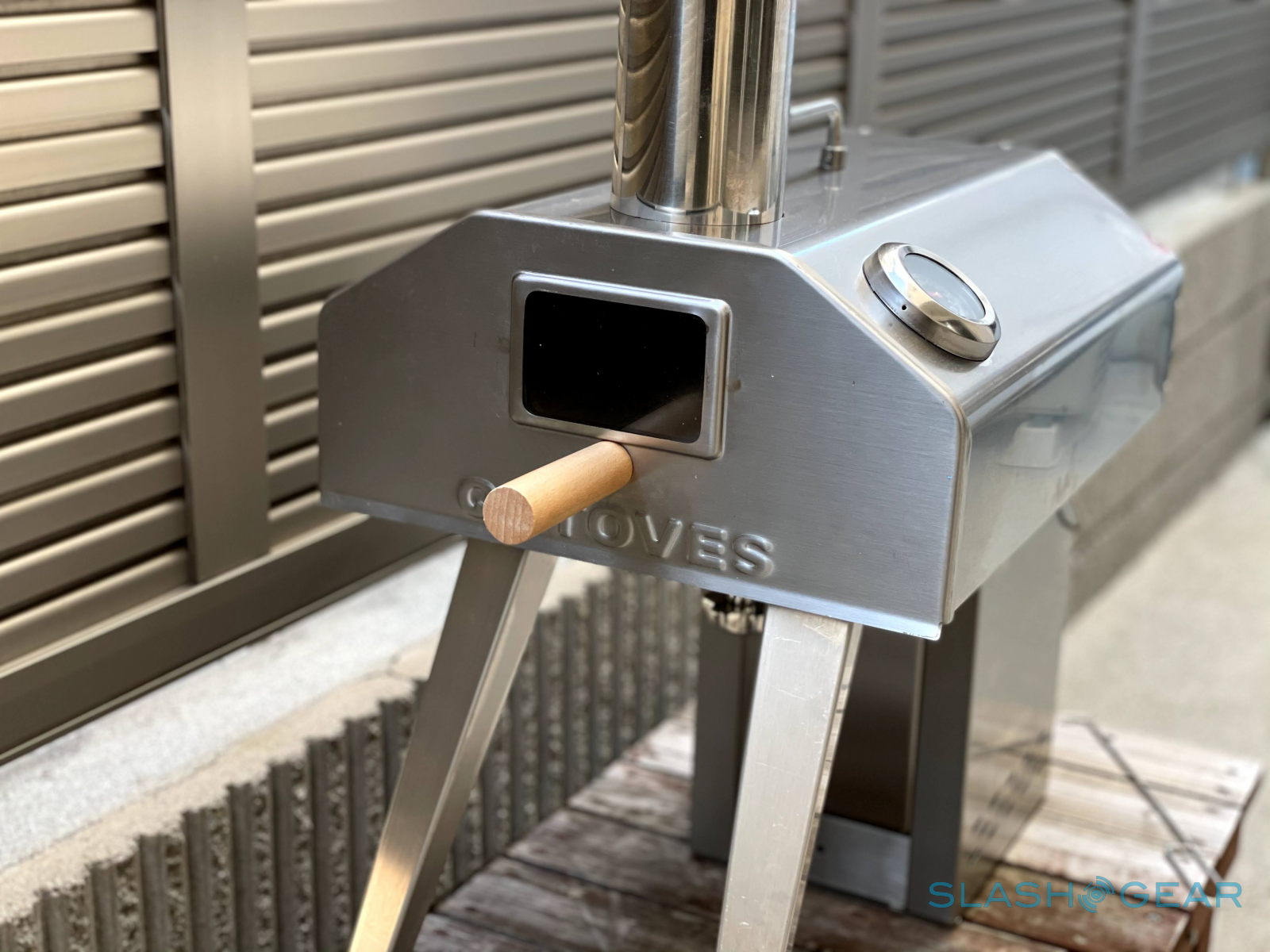 The secret to the QubeStove’s portability is its foldable, modular design and wood, the latter of which we’ll get to later. The contraption is made of two separate parts, three if you count the exhaust pipe at the top. There’s the stove itself that produces up to 1065°F (575°C) of raw heat without using electricity, gas, or gasoline. This handy furnace can do more than just cook food, as we’ll also see later. 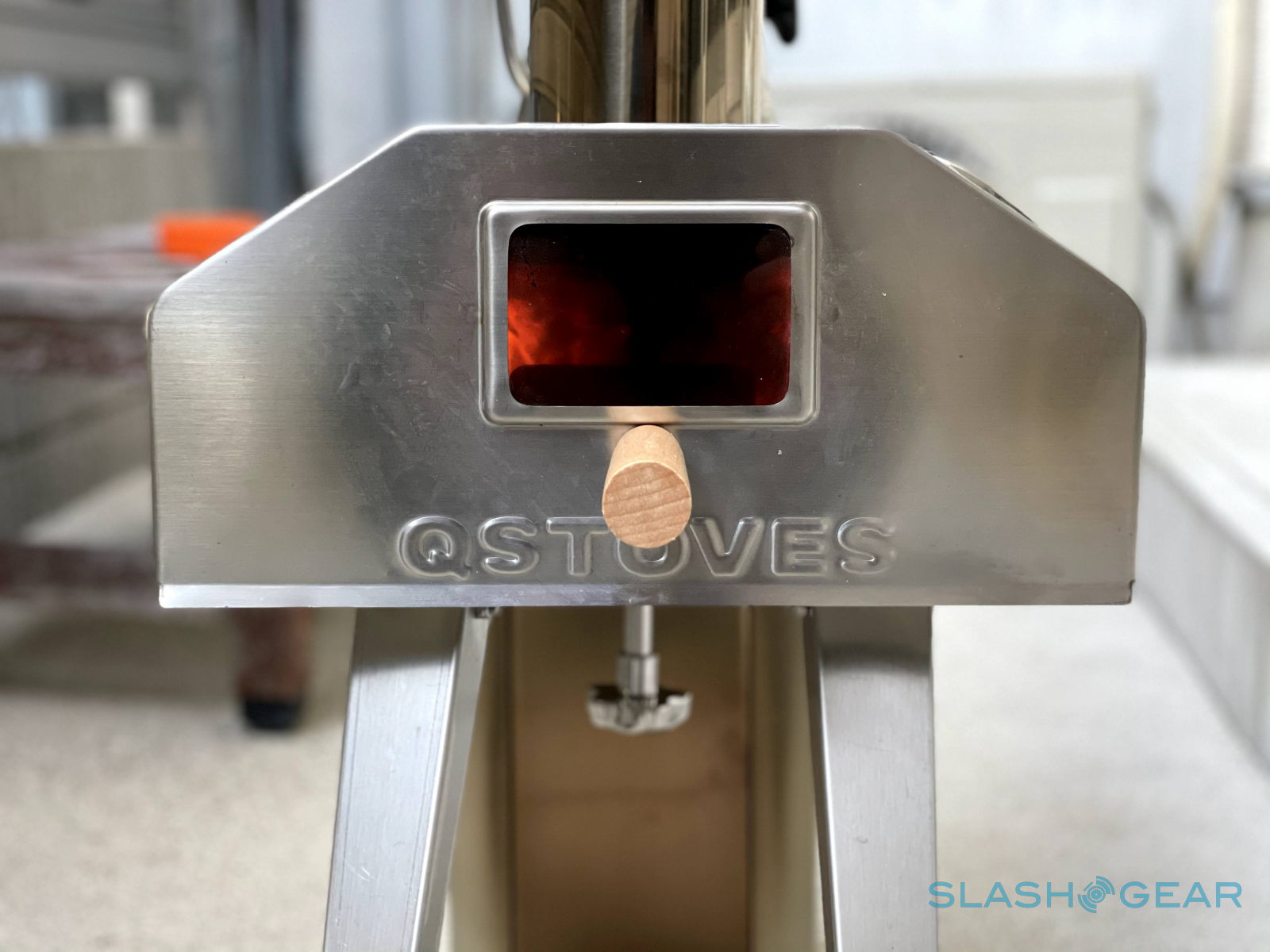 There’s also the enclosure sits on top of the stove on one end and on two foldable legs on the other end, though those legs feel don’t inspire much confidence when it comes to sturdiness and stability The QubeStove is so easy to put together and take apart that a kid could do it, the company says, though supervision is highly advised, especially after use. The enclosure has a high-temp ceramic glass window that lets you take a peek inside without lifting the lid. But if all you want to do is check the temperature, there’s a built-in one on top exactly for that purpose. 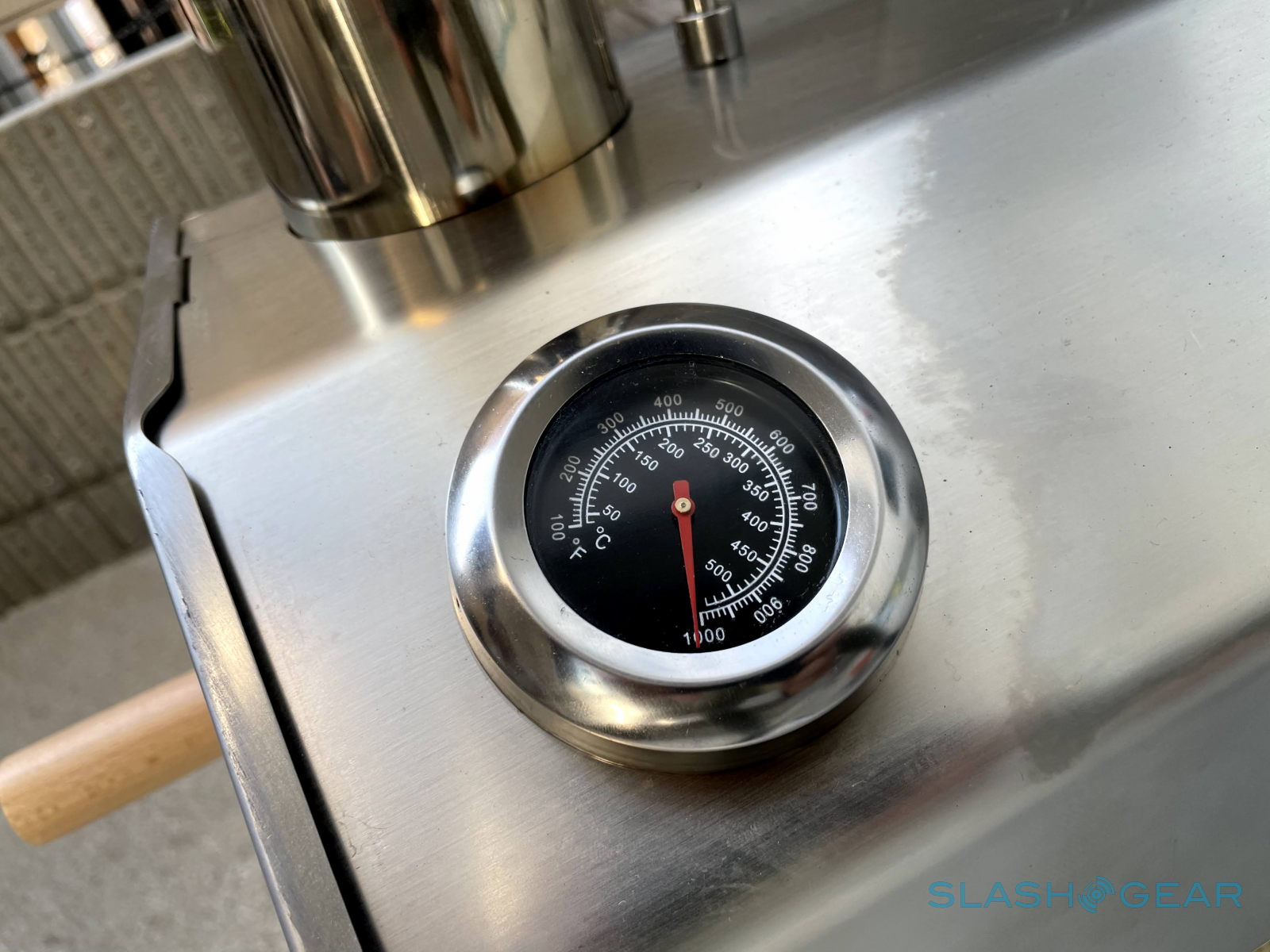 As far as portable stoves go, the QubeStove’s design looks out of this world but its performance is even more so. It is advertised to reach that 1000°F mark in just 10 minutes, after which you can cook a pizza in just 90 seconds. Based on our experience, that is almost on the mark but don’t be disappointed if you just get around 900°F or higher even with an infrared thermometer as it still gets the job done. 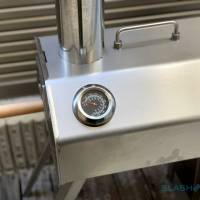 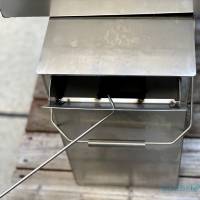 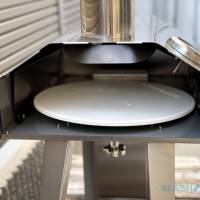 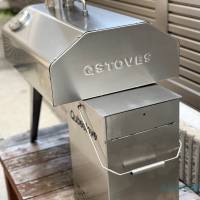 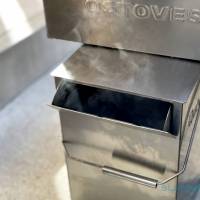 The other half of the QubeStove’s portability formula is its use of wood as fuel. No dangerous materials or wasteful electricity, just wood pellets you can easily buy from many stores. QubeStove claims you can fire up the stove for an hour with just 3 lbs of pellets, though that will definitely depend on environmental factors. Some might find the exclusive use of wood to be a bit limiting but it does make for the most portable and safest option. 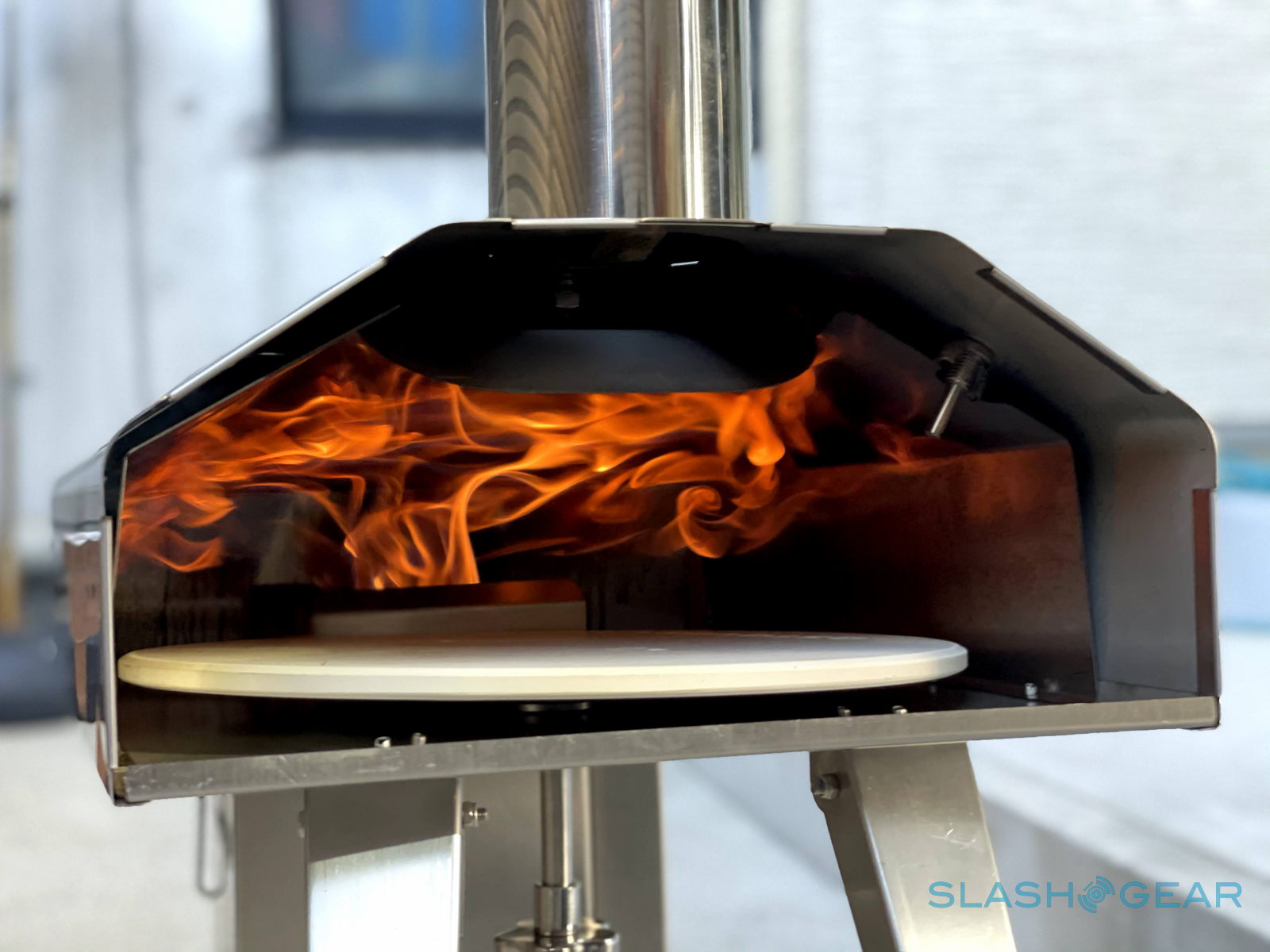 There is, however, one trick to the QubeStove that is also a bit of a downside. Given that heat comes directly from one end of the stove, it isn’t evenly distributed throughout the enclosure. That can be a death sentence to a pizza, especially one that will be cooked in less than two minutes, but thankfully the QubeStove’s stone can be rotated for a more even cook. Unfortunately, you have to do that manually and the knob’s location at the bottom might not be most convenient and the stone tends to wobble when you turn it. That same method goes for anything else you want to cook inside, at least those that you don’t want to burn on one side only. 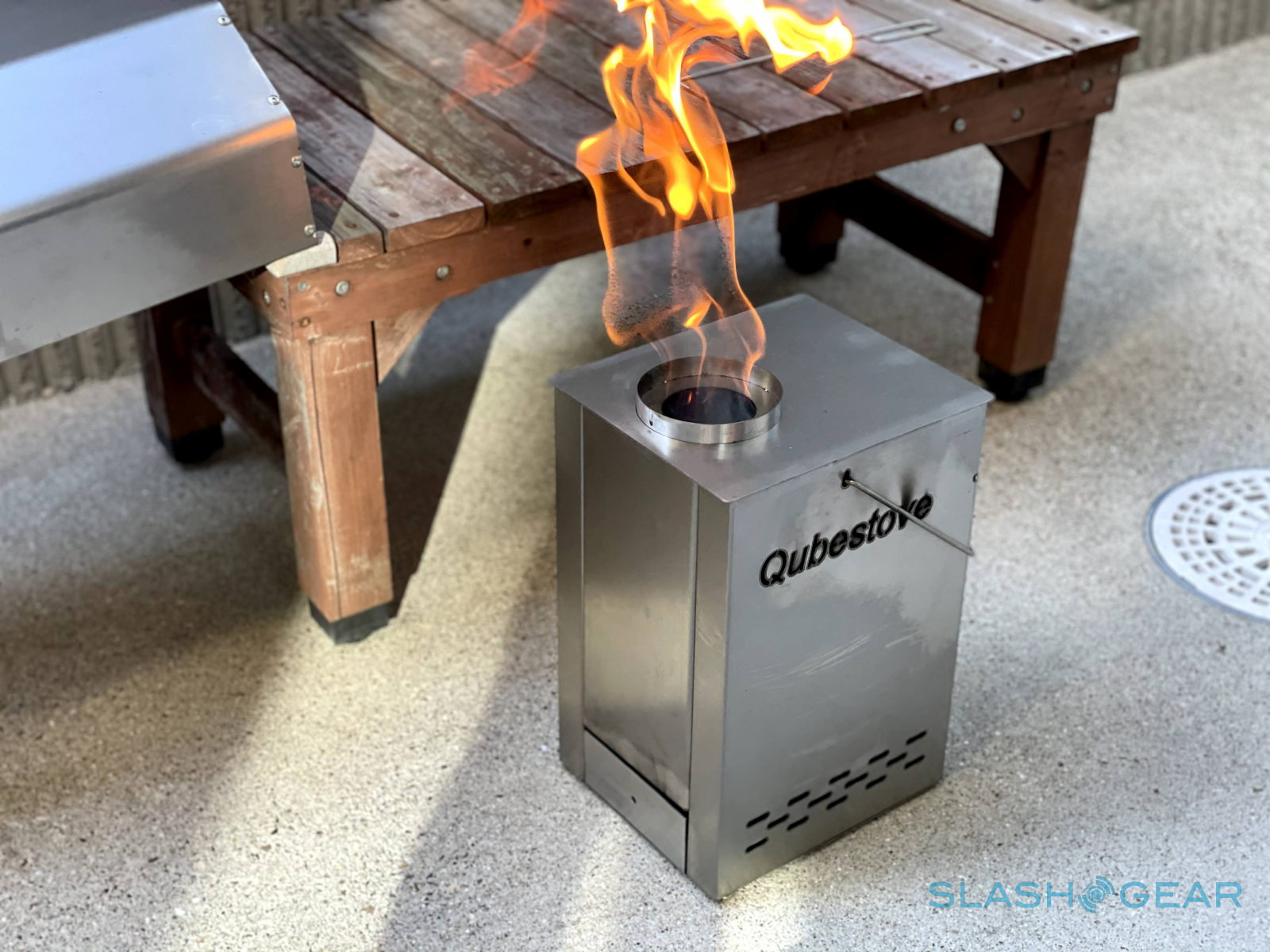 QubeStove is advertised to be a two-in-one cooking machine for pizzas and other kinds of food but you can probably consider it to be a three-and-a-half in one as well. Simply remove the enclosure and you can turn the stove into an instant makeshift campfire for keeping warm and making s’mores.

There is also one other use case that QubeStove doesn’t really advertise and may not be recommended. The top of the stove gets really hot to the point that it’s possible to put a kettle on top and boil water. Of course, that also means you’ll have to be extra careful when getting near the enclosure in the first place. 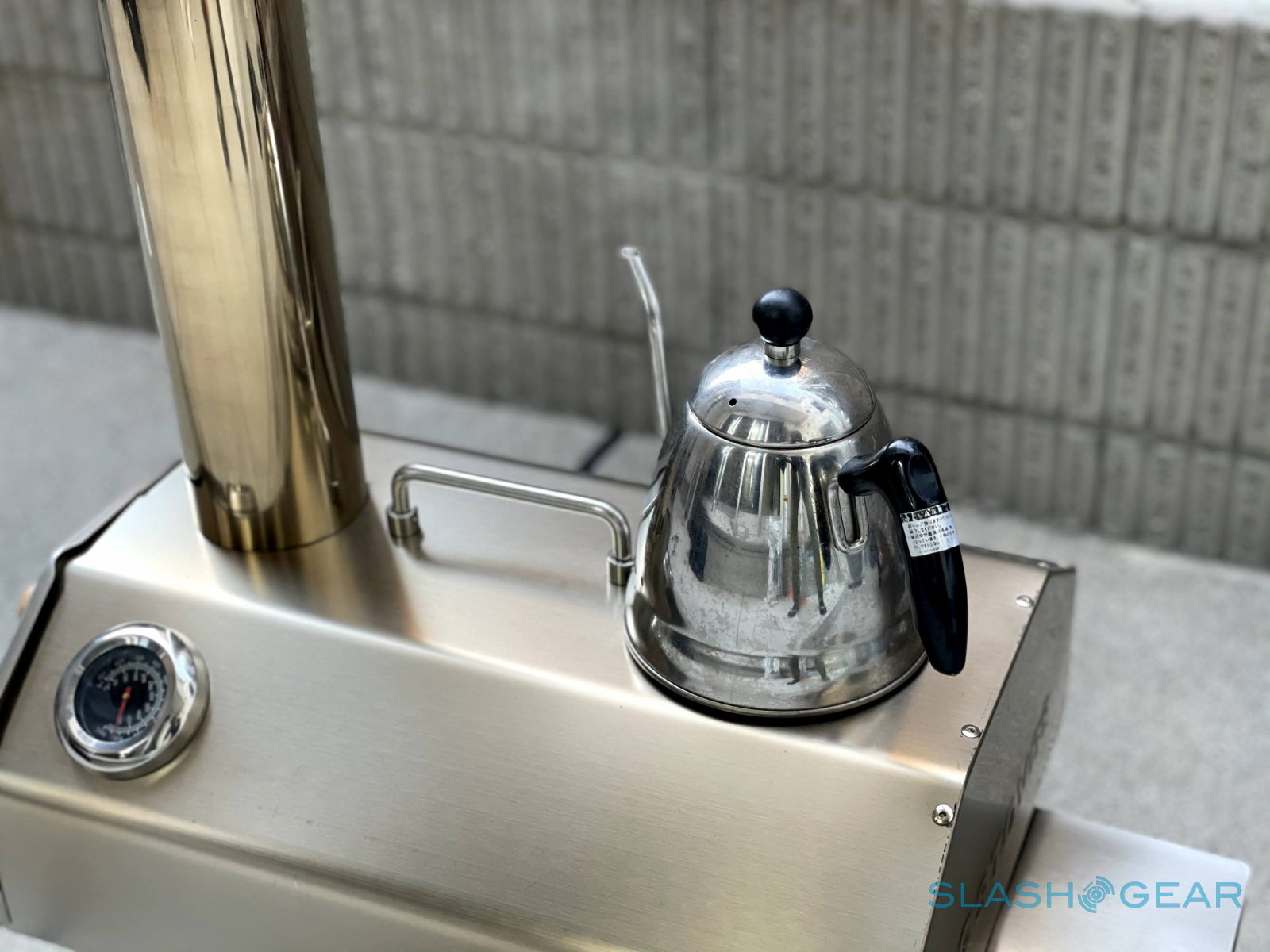 Not all modern conveniences are powered by electricity or come with tiny computers inside. In the same way, going off the grid doesn’t mean you have to rely on arcane methods to survive. The QubeStove is proof that even a little ingenuity goes a long way to let you have your pizza and eat it, too. 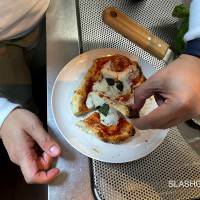 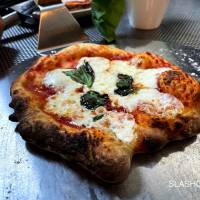 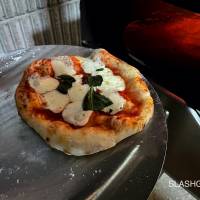 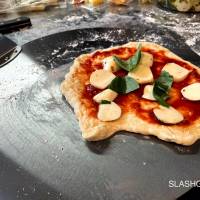 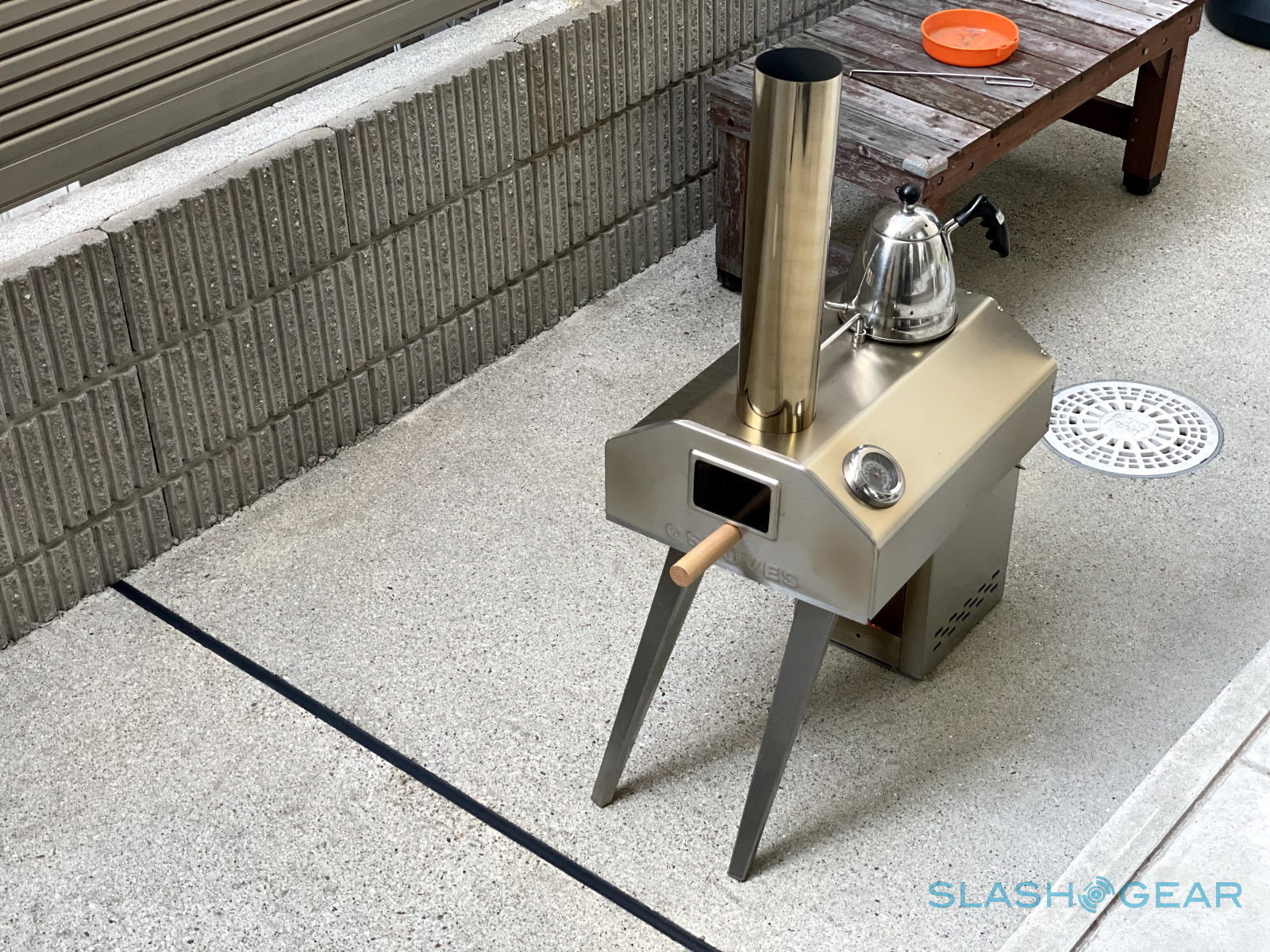 The QubeStove Pizza Oven and Stove in One is currently available only on Kickstarter. A Super Early Bird tier is still available to let you grab one, which includes the Pizza Stone and a 12-inch Stainless Steel Pizza Peel, for only $249. The crowdfunding campaign already reached its funding goal with about 3 days to spare and, if all goes well, the portable and versatile cooking tool will be shipping to backers by January next year.