Today Qualcomm has been showing off some of their technology including their new quad-core chipset, the APQ8064. And for those folks looking to get into the mobile powerhouse action right away they are now available. Qualcomm’s usual developer kit distributor BSQUARE have just posted them up for sale — starting at $1299. 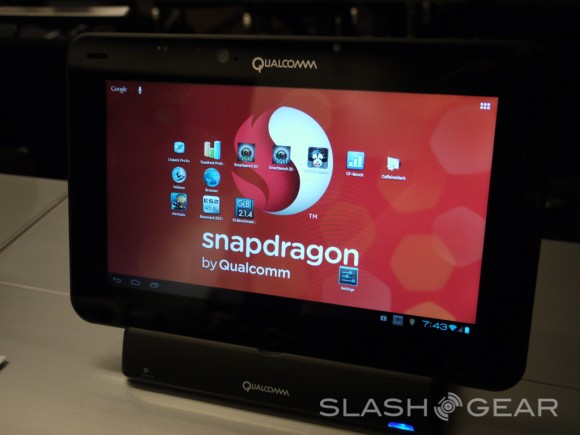 Obviously this device is a developer product — especially for $1,299 — but it includes the tablet, a charging dock with two USB 2.0 ports, HDMI, and even Ethernet. One of the added benefits of the new APQ8064 platform is the Adreno 320 GPU (graphics processing unit) which should pack about 4 times the graphical punch than the previous version. We’ve quickly ran a few benchmarks and are seeing amazing results but that will be coming shortly. Developers can jump in starting right now for the low price of $1,299 at the link below.