The death of the venerable headphone jack and the rise of Bluetooth headphones and earbuds have made consumers suddenly more conscious of their audio consumption habits and accessories. Graduating from the serviceable but plain earphones that come inside smartphone boxes, people are becoming more discerning about the quality of their listening experience.

Unfortunately, most people are less conscientious about the volume at which they’re listening. Most people equate audio quality with volume but the PuroPro volume-limiting Hybrid ANC headphones are here to prove them wrong.

Most of the startup stories you’ll hear often involve some inspiring anecdote or pivotal moment in the founder’s life. Puro Sound Labs origin story, however, starts with a tragedy. Founder Dave Russell’s young daughter Nikki was diagnosed with Nose-Induced Hearing Loss (NIHL) which the doctors attributed to her extensive use of headphones. 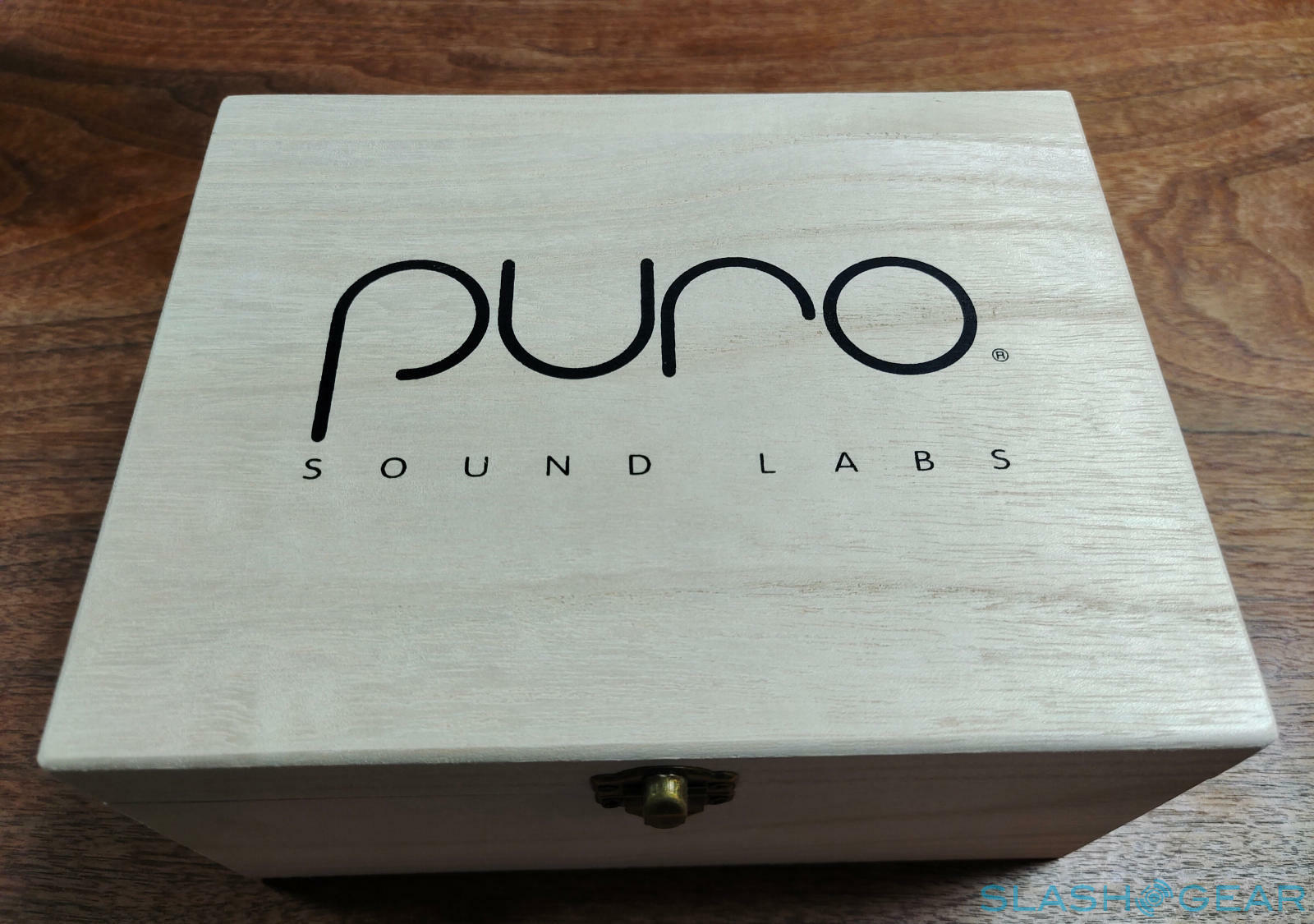 Like many hero stories, however, the older Russell used that life-changing event to do the world some good. Unable to find commercial headphones that cared about the effects of prolonged use of headphones at high volumes, he decided to take matters into his own hands. And, as they say, the rest is history.

Puro Sound Labs has been making headphones designed to protect younger users from even coming close to damaging their ears but has recently branched out to address the needs of grownups as well.

The PuroPro, first revealed at CES 2020 earlier this year, is its latest and perhaps its most innovative yet, smashing together all the features you’d expect from pro wireless headphones while still ensuring your hearing will last longer than this pair.

Some people seem to equate high volumes with better listening experience but there’s only a tiny truth to that. After all, you can’t appreciate what you can’t hear loud enough. Audiophiles will, of course, refute that presumption and the PuroPro supports that theory. 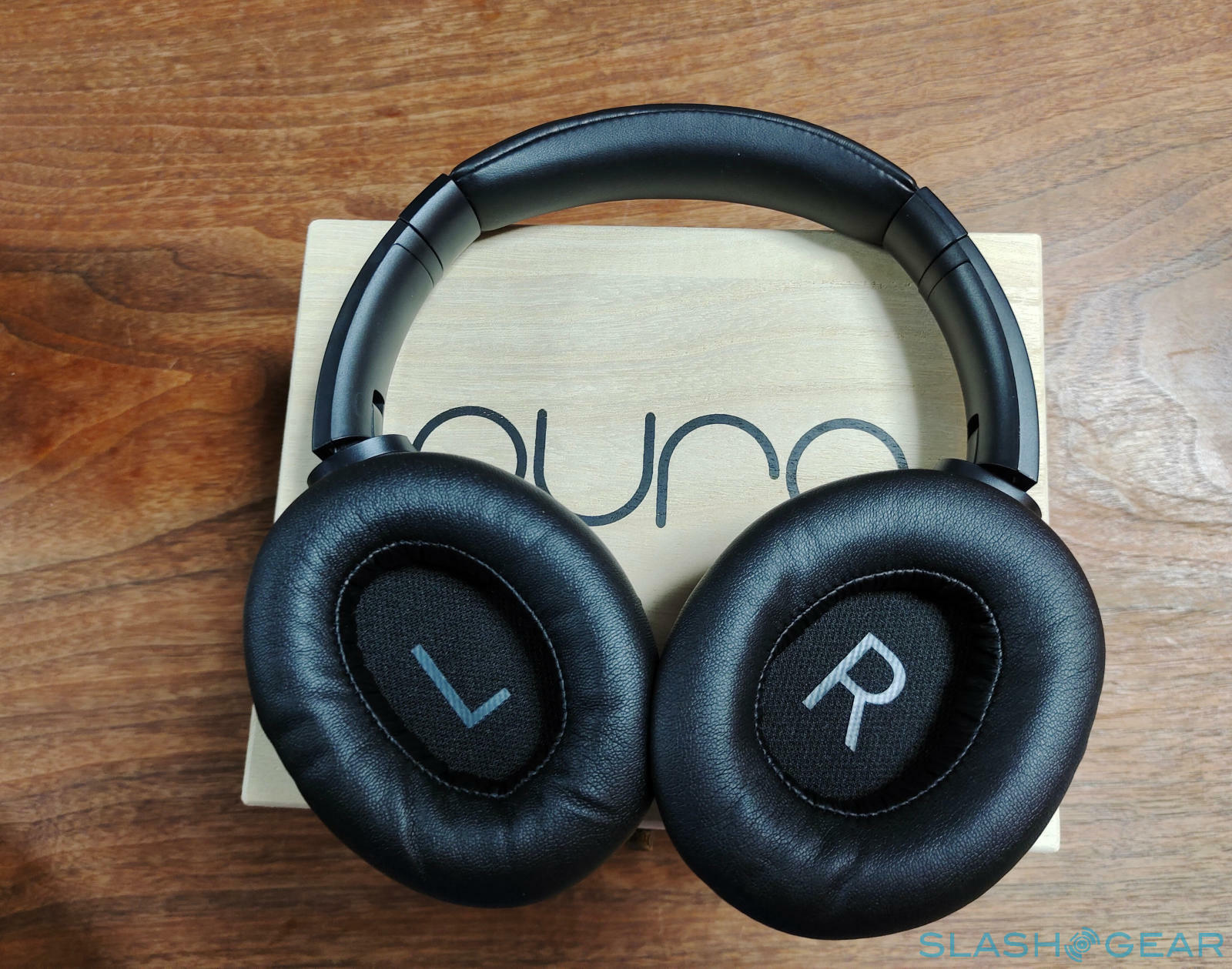 Thanks to 40mm dynamic drivers and the company’s Puro Balanced Response Curve algorithm, the PuroPro is able to deliver clear and crisp audio you’d expect from high-quality headphones. Make no mistake, we’re not talking about professional quality audio output here, for that you’ll have to cough up more for a studio-grade pair. That, however, is missing the point of Puro’s products and those more expensive headphones don’t really offer the same protection that the PuroPro does.

All of Puro’s headphones adhere to the WHO-recommended 85db maximum volume, which the PuroPro will let you use for 8 hours each day. You’ll appreciate this limit if you’ve ever experienced accidentally blasting your ears with a misconfigured volume setting, something not uncommon when kids are involved.

Since it’s actually made for adults, the PuroPro gives users some leeway but allowing them to crank up the volume up to 95db for at most 50 minutes each day.

The PuroPro would probably be boring and overpriced if it started and ended at its volume-limiting feature, no matter how good it sounded, no pun intended. Fortunately, it does have one more trick up its sleeve, something that also sings to adults’ hearts. The headphones sport active noise cancelation but not in the way you’d presume. It actually has two of them. 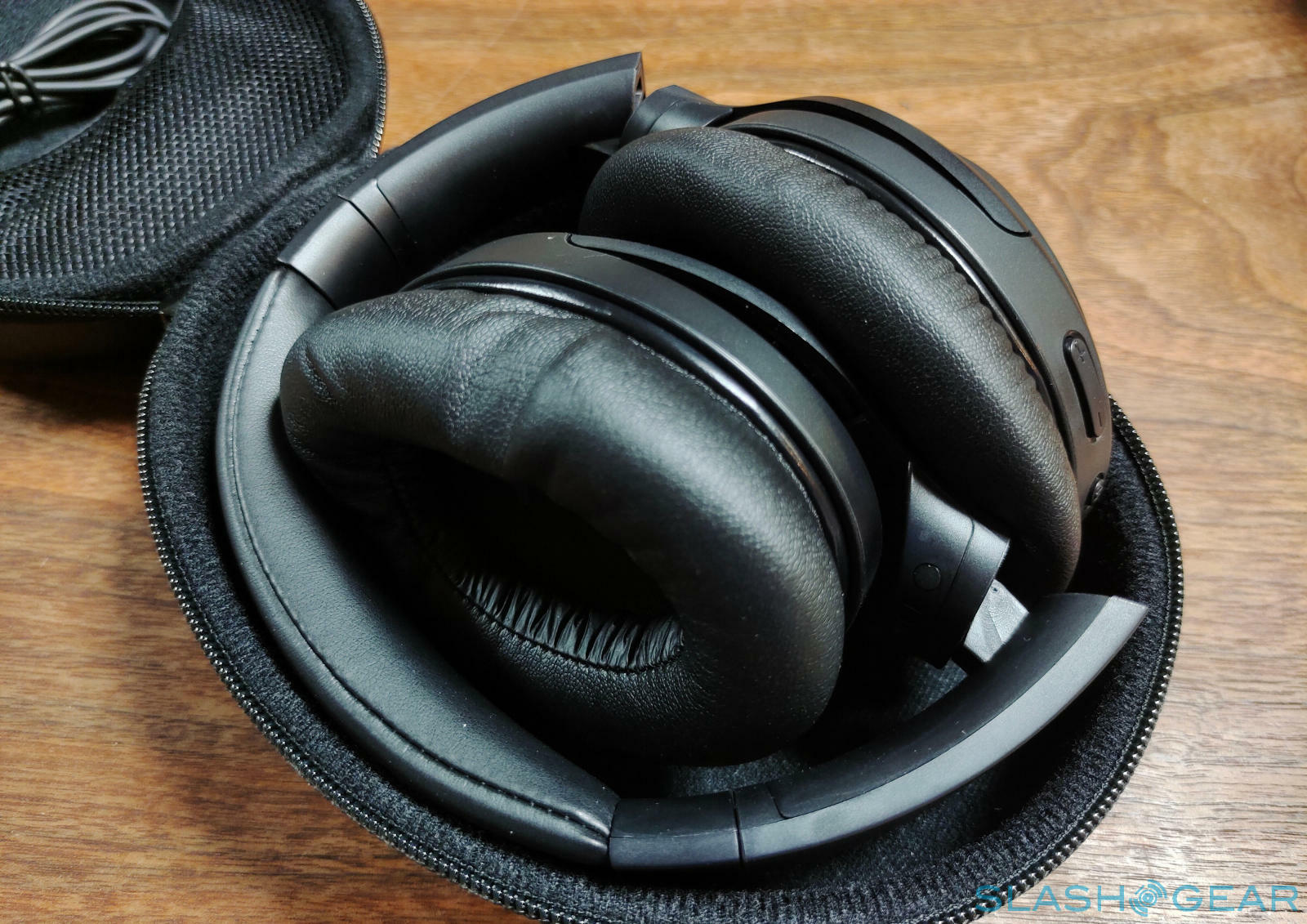 The PuroPro has two levels of ANC. The deeper Level-1 reduces ambient noise by 32db, something better used when you’re in a safe place and don’t want to be disturbed. When you can’t afford to ignore your environment, however, the Level-2 at 15db noise reduction still lets you enjoy your tunes or podcasts in a safe way.

Puro credits the headphones’ 4 mics for this feat and it won’t even impact battery life that much. Lasting around 30 hours of use without ANC, the PuroPro dips down to around 26 hours with it. Of course, your mileage may very well vary.

With very few exceptions, like the PuroSport bone conduction headphones also revealed at CES last January, Puro’s headphones come in over-ear cup forms. Puro boasts of its use of lightweight materials and protein leather covering for the headband and cushions to deliver comfort while enjoying your music. It won’t be to everyone’s tastes. 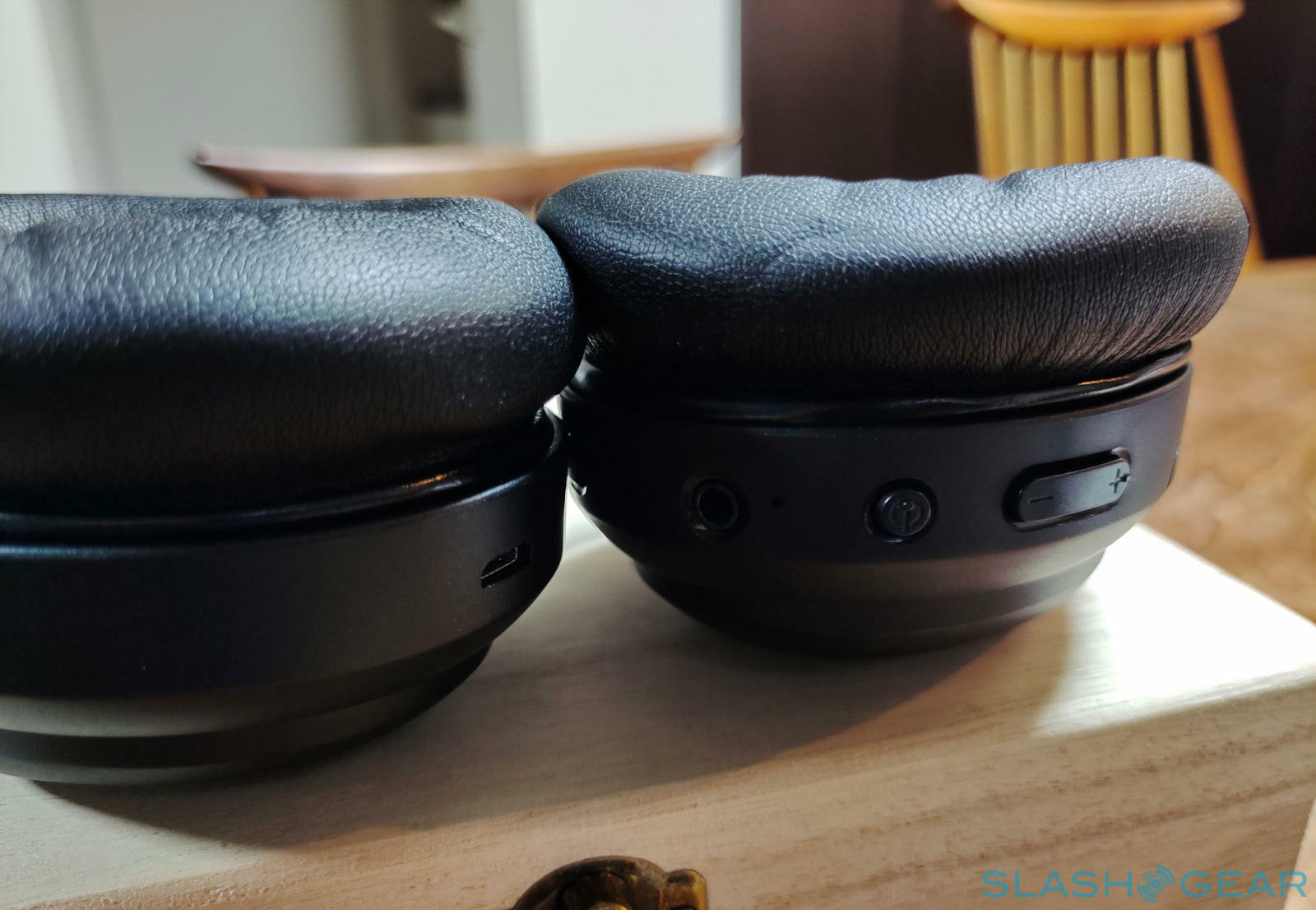 Some people find such cups uncomfortable to wear for long periods of time, especially under certain climates or weather conditions. The build-up of perspiration even makes the use of leather even worse at times. No one size fits all, especially with cups, making a snug cover more difficult with bigger or irregularly shaped ears.

Some might even argue that those wearing in-ear buds are more prone to damaging their hearing. Sadly, Puro doesn’t exactly offer variety in its headphone forms. This could, unfortunately, leave many people simply shrugging their shoulders and waiting for an in-ear version while continuing to use their old pair until those die out or their hearing does.

Consumer audio technologies, especially wireless products, have definitely seen a sharp rise in both interest and innovation in recent years. We’ve heard about earphones that adapt to individual users’ unique hearing profiles and now the PuroPro comes along offering a different point of view on we should be listening to music up close. 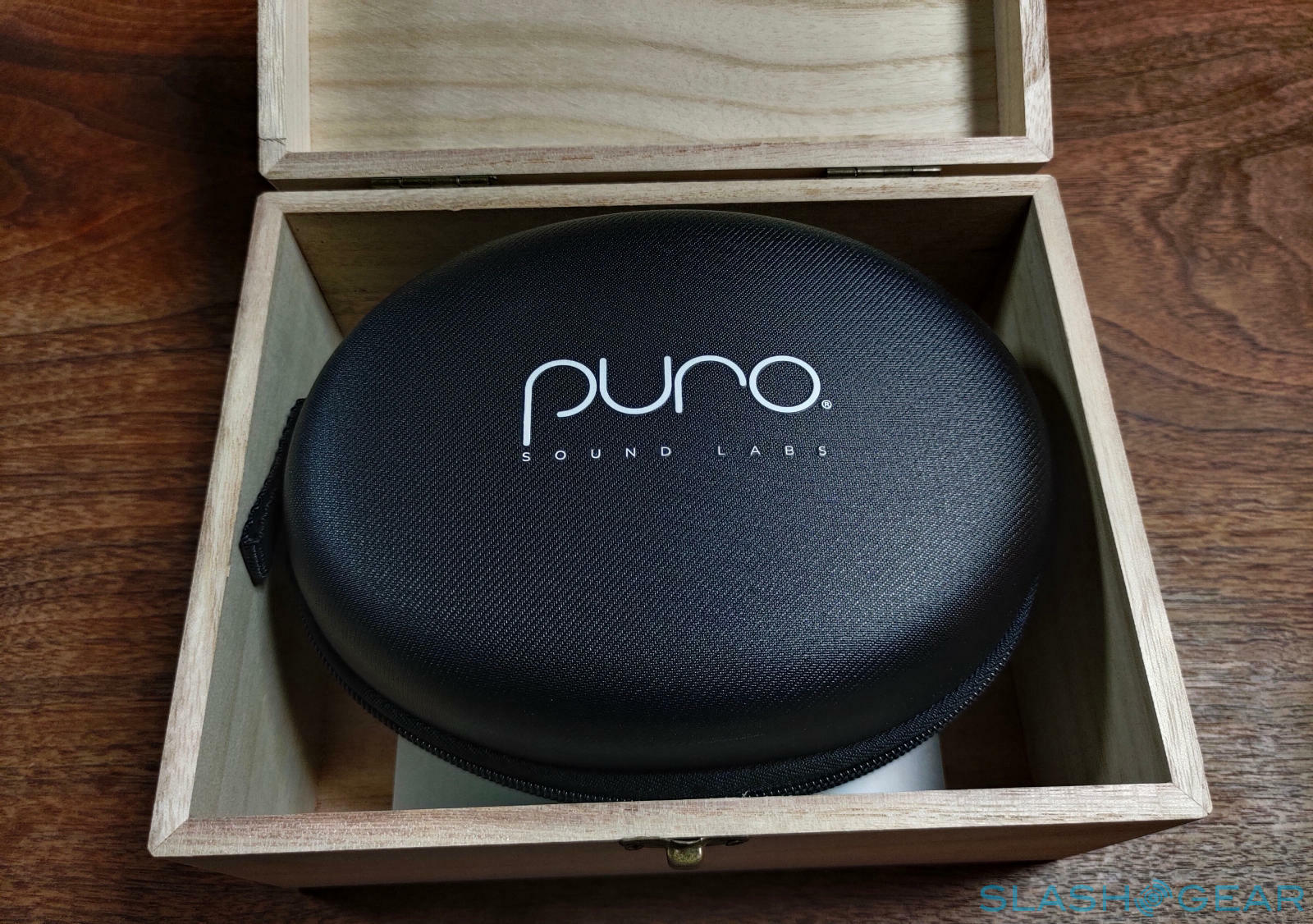 Of course, listening at safe volumes isn’t something special and should actually be properly observed by everyone. What the PuroPro does is do that for you without you having to think about it and without sacrificing audio quality in the process. Unfortunately, Puro’s limited design options also limit the reach of those headphones, leaving many users’ ears unprotected from themselves. PuroPro is available for $199.99.