PumpTube inflates itself as you ride your bike

Avid bicyclists know that keeping tires inflated can be a chore if you have a slow leak. Ride to work in the morning and your tire might be fine and then it’s flat when you are ready to ride home in the evening. An inventor called Benjamin Krempel has invented an intertube called the PumpTube that inflates itself as you ride. 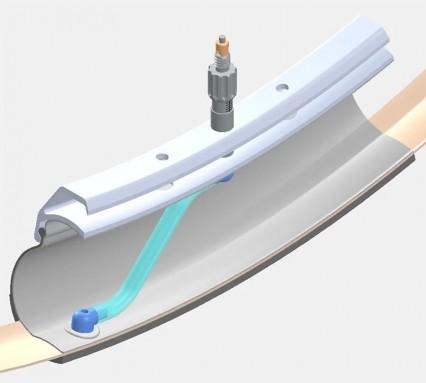 The fancy valve stem can be set at a pressure that the rider wants and when the tire is at that pressure, no more air is drawn into the tire. The pressure desired is set directly on the valve stem. The PumpTube will sell for $30 to $55 each and the designer hopes to raise money on Kickstarter next year. This sounds like a system that should be adapted to cars to keep tires filled at the correct pressure.