It’s time for PlayerUnknown’s Battlegrounds to receive its monthly update, and this one sure seems to be a big one. The update is hitting PUBG‘s test servers today, which means that – barring some major issue that needs to be patched out immediately – it’ll be arriving on live servers later this week. Patch notes aren’t the only thing we’re getting today, as PUBG developer Bluehole also gave us new information on upcoming features.

As explained in this Steam post, Bluehole is targeting a November release for the vaulting mechanic that was revealed back at E3 2017. This has been a highly anticipated feature, as it allows players to hop and slide over in-game objects with ease. In the time since PUBG entered early access, players been awkwardly trying to jump over walls and through windows, so vaulting will make a lot of people happy when it does finally arrive.

So, why won’t we see it until November? As Bluehole notes, implementing this mechanic takes a rather complex algorithm that takes a significant amount of time to develop. Adding vaulting is not the same as adding a new weapon or some new buildings to the game – it needs weeks (or even months) or testing before it’s ready for prime time. Therefore, when it launches in November, we’ll see it linger on the test servers a bit longer than most new features.

Aside from the update on vaulting, Bluehole also writes that this update addresses the problem of players going AFK to passively earn battle points, PUBG‘s in-game currency. With the launch of the game’s September update, idle players will no longer earn BPs, and it sounds like Bluehole will be monitoring the effectiveness of this tweak moving forward. If you want those points, then, you’re going to have to earn them. 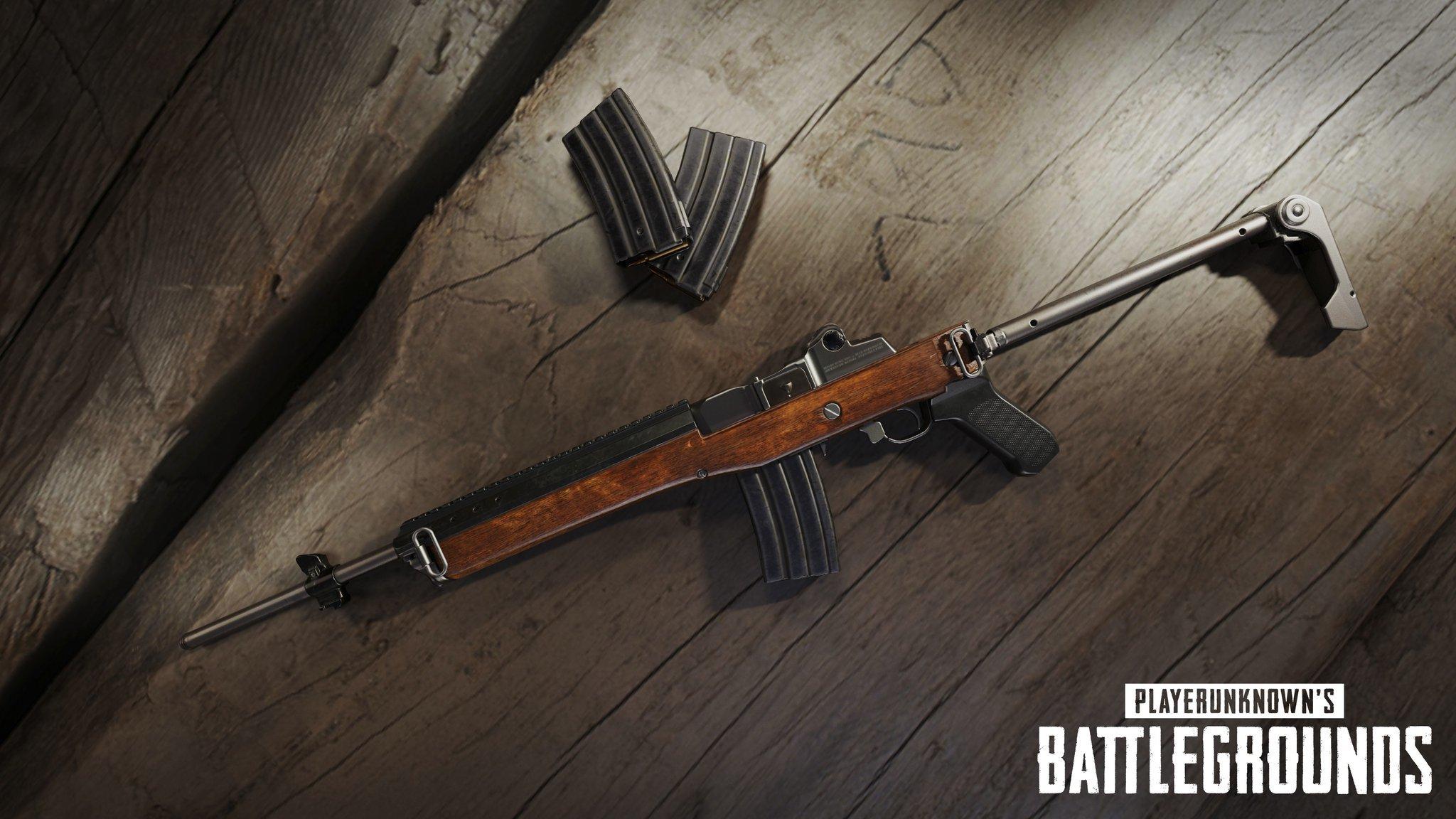 We’ll also see quite a few map changes in this patch. Not only has foggy weather been added to the rotating list of weather conditions, but Bluehole has also added a new town to the map. This new town isn’t addressed by name in the patch notes, but players will be able to find it east of Stalber on the in-game map.

Finally, we’re also getting a new weapon today in the Mini-14, a semi-automatic 5.56 marksman rifle which you can see above. This new weapon isn’t limited to crate drops, meaning you’ll be able to find it scattered around the world. Hopefully we hear more about PUBG‘s upcoming vaulting mechanic soon, so stay tuned.