PS4 used games policy to be determined by publishers

Last night, Sony announced during their E3 2013 press conference that the PlayStation 4 would whole-heartedly support used games, but it seems like the company won’t be dictating that with all games. It turns out that third-party publishers will decide for themselves if they want their PS4 games to include some kind of DRM to prevent resale.

Sony CEO Jack Tretton revealed the bit of news on an episode of GameTrailers, where he noted that the company just wants to “give the consumer flexibility,” and while Sony won’t be implementing any kind of strict DRM on their own games, Tretton says that Sony simply gives publishers “a platform to publish on,” and they’ll be able to bring over their own business models.

Tretton continues by saying that “there’s going to be every potential business model on [the PS4] and again that’s up to [the publisher’s] relationship with the consumer and what they think is going to put them in the best stead. So essentially, Sony won’t be policing publishers and making sure all games have the same used game policy — the PS4 will be more open to whatever the game publishers want to do. 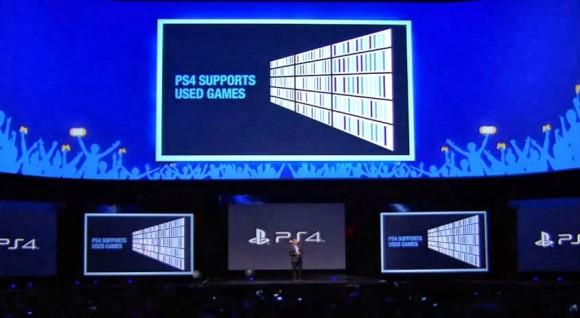 This is both good news and bad news. It’s good news because Sony doesn’t have anything against used games like Microsoft does, so reselling games shouldn’t be as big of a deal on the PS4 compared to the Xbox One. However, the bad news is, big publishers that are gung-ho on DRM will most likely put their own games on lockdown if they have chance to — Electronic Arts being just one publisher guilty of this.

While Sony’s E3 2013 press conference was mostly pretty bland, they did seem to knock the Xbox One quite a bit, with a lower price tag for the PS4 and no controversial features that made us throw our arms up in the air. However, it’ll be interesting to see the battle between these two consoles when they eventually launch this fall.