There are many places around the world where vehicles of all sorts are designed and built. When we think of countries responsible for automotive manufacturing, Canada isn’t often a country thought of by many. Numerous startup companies are popping up intending to build electric vehicles for the masses as governments worldwide push consumers towards electric vehicles.

Project Arrow is a new zero-emissions vehicle concept. The vehicle is the industry’s first all-Canadian concept vehicle. It’s seen as an important component in Canada’s goal to achieve a zero-emissions future by 2050. The project’s goal is to create the first original and fully Canadian-built concept vehicle, and currently, more than 130 different companies are interested in participating.

Per Autoblog, Project Arrow participants are currently handling vehicle development in phases. Phase 1 was the design competition and selection of the concept in the summer and fall of 2020. Phase 2 kicked off in the fall of 2020, with engineering specifications being released along with the issue of a supplier RFP. Phase 3 was the virtual concept unveiling that happened in 2021. Finally, the most ambitious phase, Phase 4, starts in 2022 with the release of the concept car prototype and a tour to show the concept off. 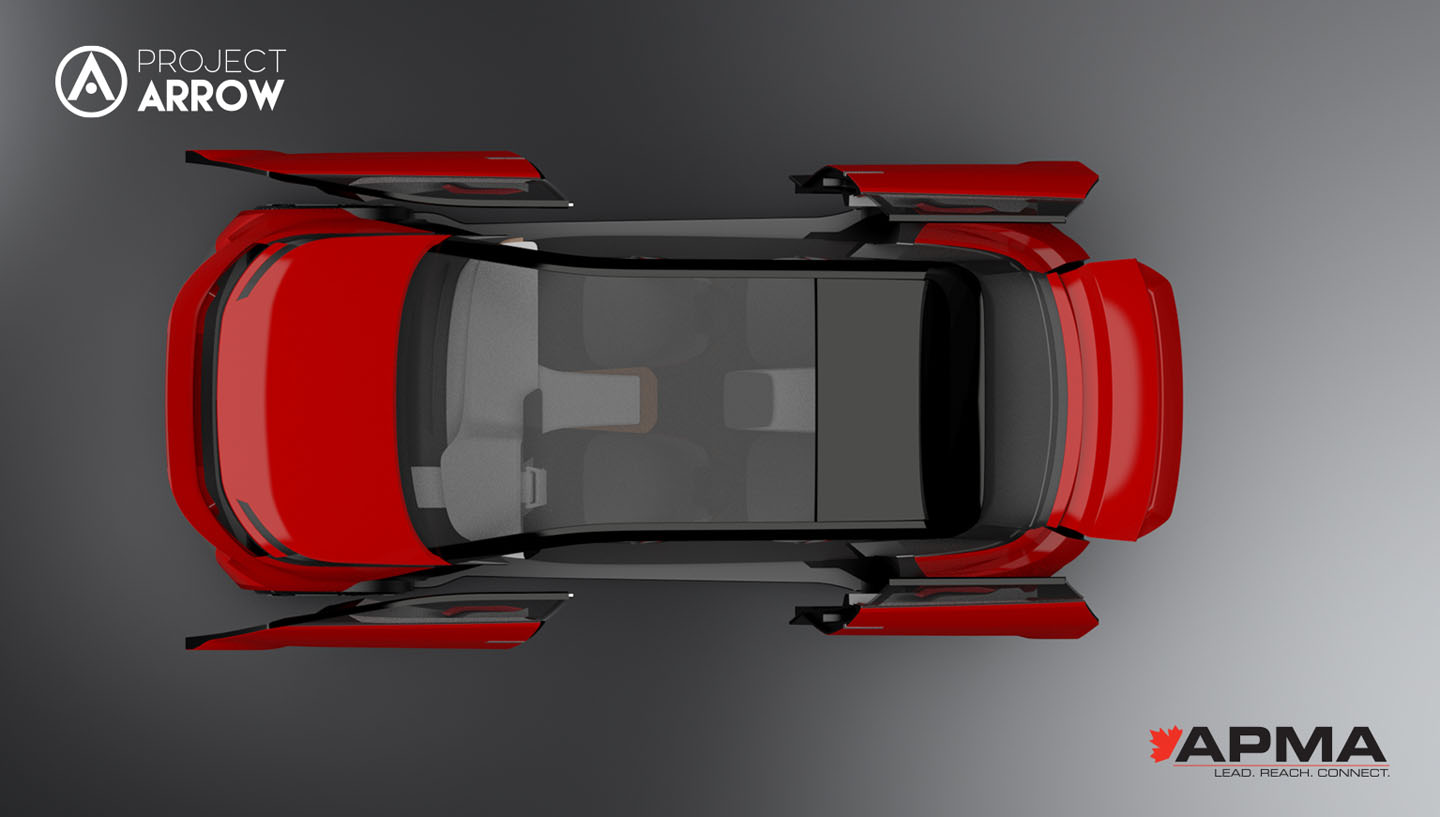 While the vehicle is in concept form only, for now, we do have a good idea of what Project Arrow might bring to market when the car finally enters production. The group behind the project is building it, focusing on what they believe will be market trends through the year 2025. Primary focuses include Connected Autonomous Shared Electric (CASE) mobility ideology, a circular/shared economy, and integrating an upcycle design. 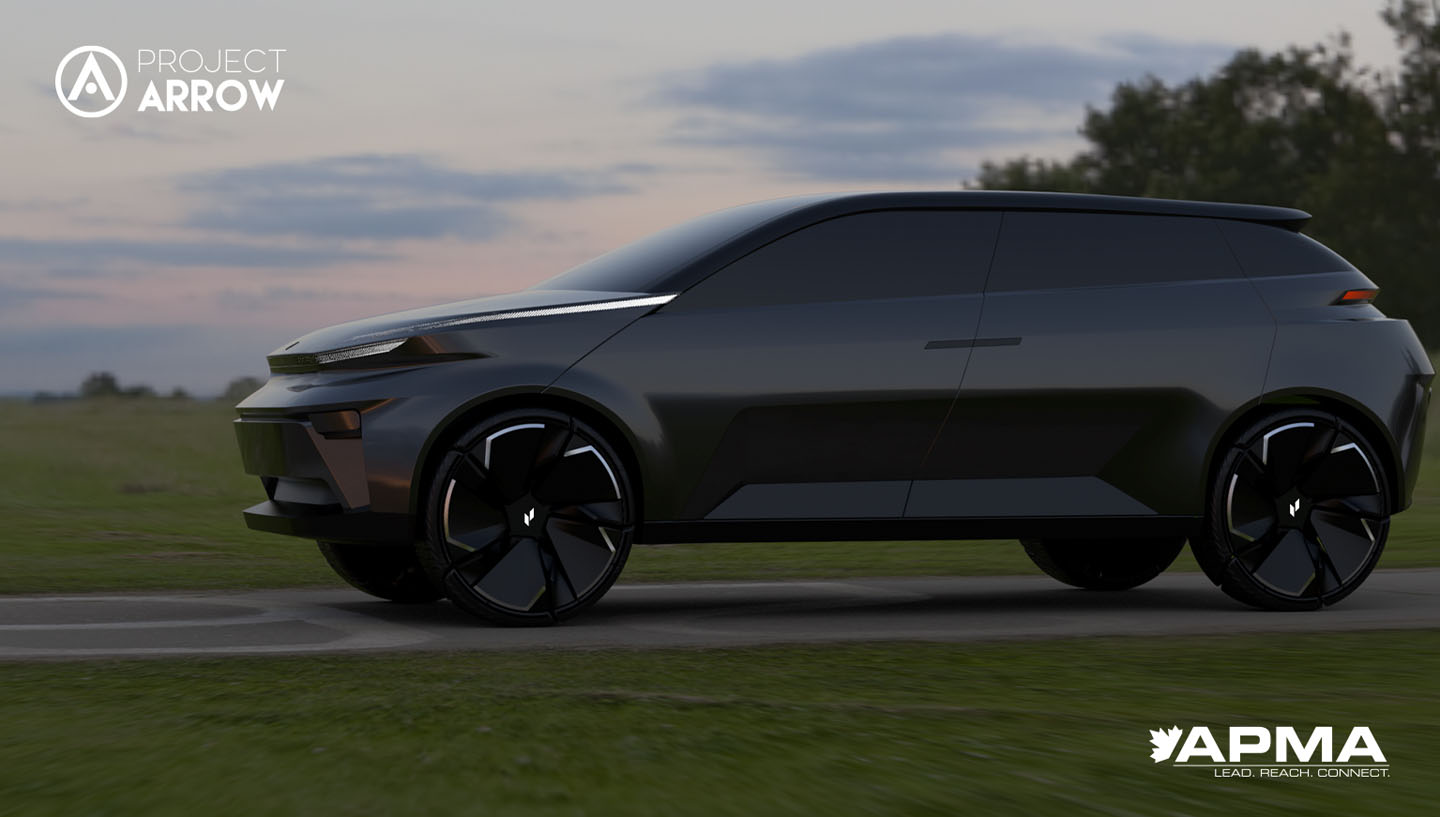 The concept calls for a vehicle that is specifically designed for the Canadian environment and climate. Since the country is at a northern latitude, it tends to be colder and get more snow and ice than many parts of the US. While Canada deals with extreme winter conditions, it’s also subjected to hot summers. Both extremely hot and extremely cold weather tends to strain electric vehicles, costing them driving range.

Some interesting considerations the Project Arrow team is calling for include the integration of a robot or micro-mobility device. While they don’t call out exactly what they have in mind, presumably, this would be some sort of last-mile mobility solution. Multiple companies around the world have put considerable effort into developing last-mile mobility solutions as a way to help ease congestion in city centers. 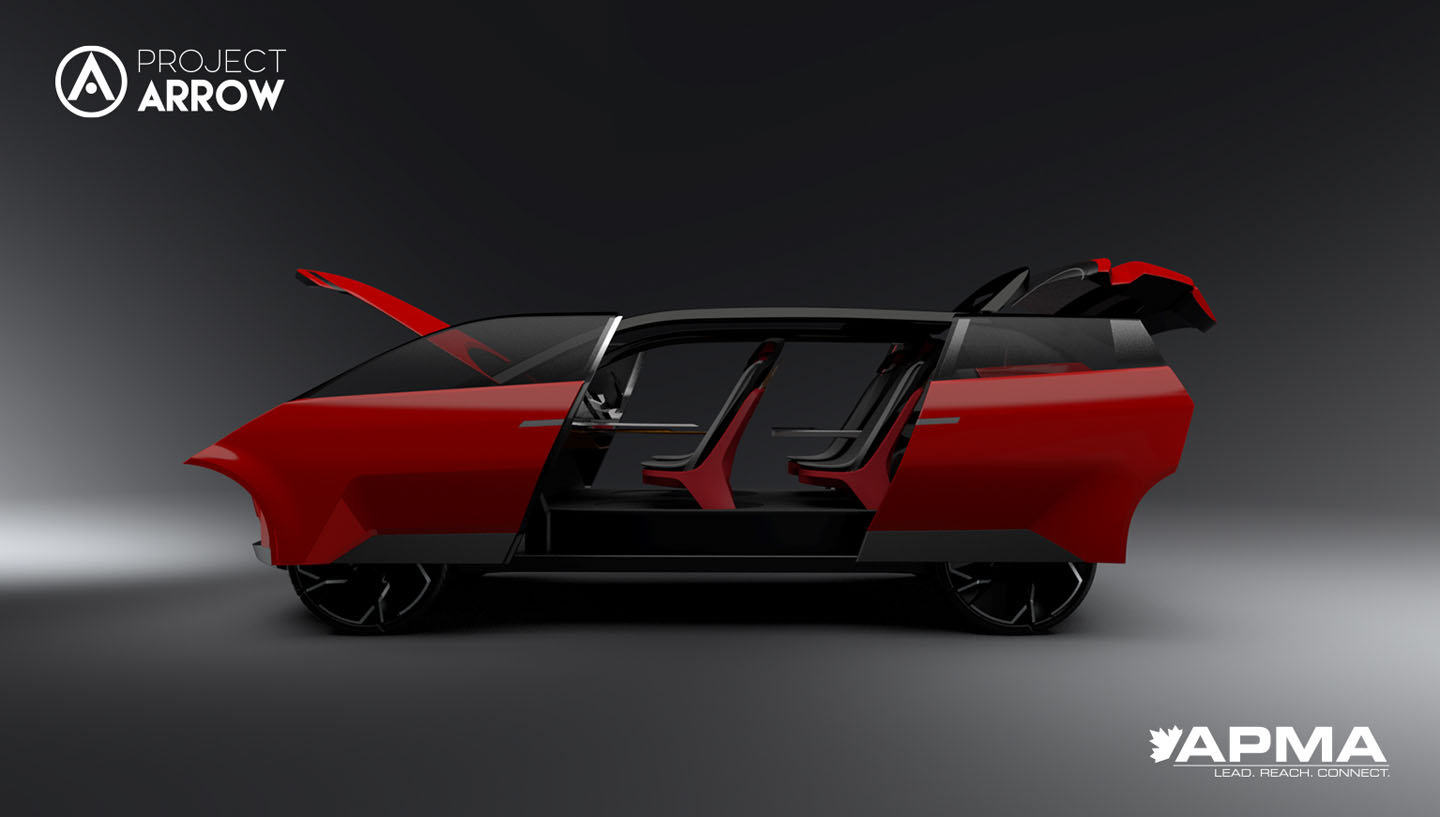 Solutions of this type popped up in many major metropolitan areas around the world in the form of electrified bikes and scooters. In many major urban areas, parking is a problem. With some sort of last-mile mobility solution, a Project Arrow vehicle owner could park well away from their final destination and use an electrified bike, scooter, or other devices to finish their commute.

Vehicle designers also call for a drone to be integrated into the vehicle design architecture. We’ve seen this with other electric vehicles, but typically integrated drones for electric vehicles are associated with off-road capability allowing the driver to see the path ahead, giving better visualization of obstacles. Other important design considerations include accessibility for all, a shared economy model, and micro-mobility. 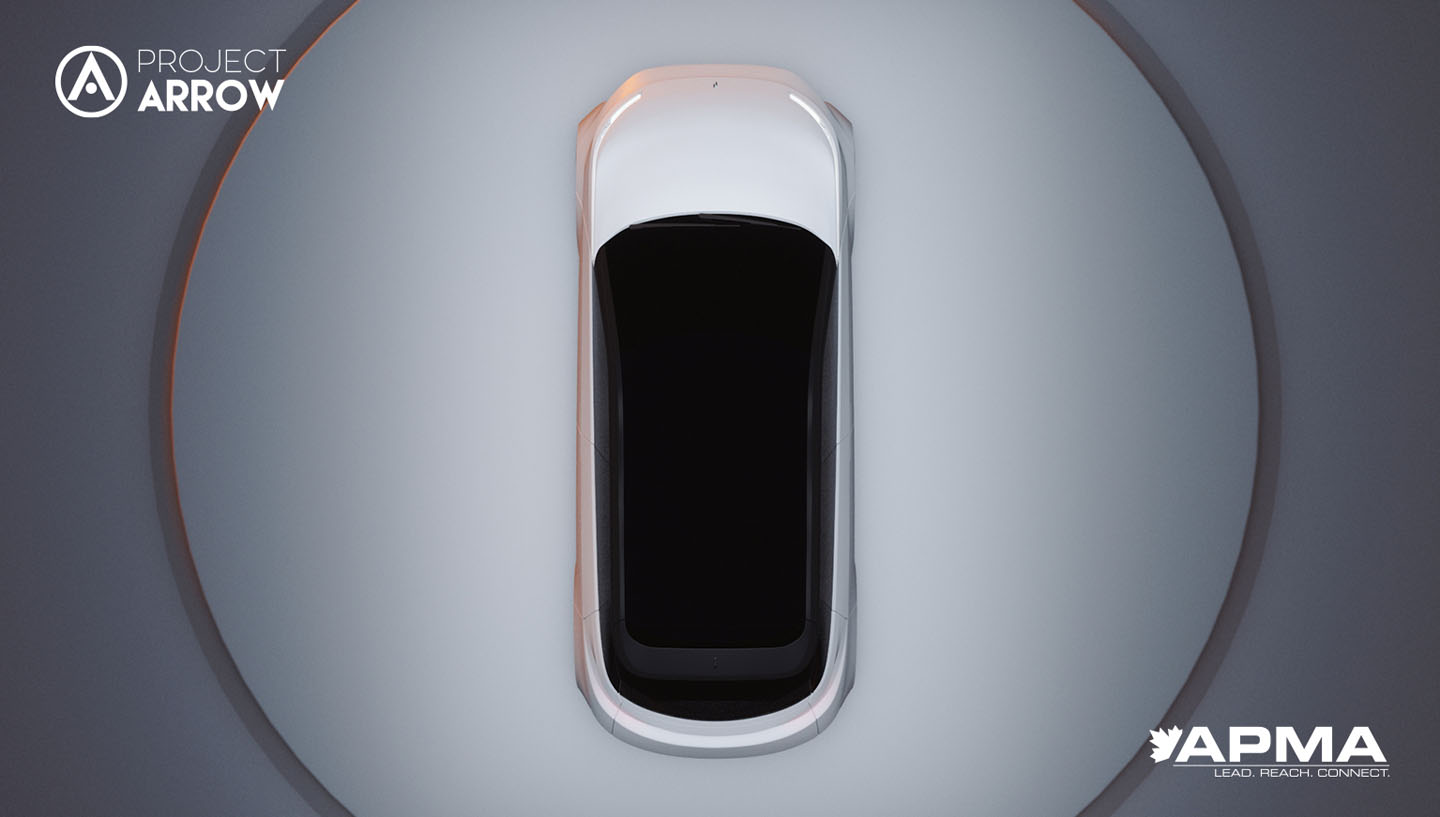 Presumably, accessibility for all means the vehicle will be designed with an eye towards accessibility for those with disabilities. Interestingly, Project Arrow may not be a battery-electric vehicle. The designers are also considering hydrogen fuel cell propulsion. While there are currently hydrogen fuel cell vehicles available on the automotive market, notably from Toyota, there is no robust hydrogen fueling infrastructure in most areas at this time. If Project Arrow ends up being a battery electric vehicle, it would use an electric skateboard platform.

While we have a good idea of what project participants have in mind for the exterior and powertrain of the vehicle, the team also has some requirements for the interior of the vehicle. Level 4 and 5 autonomous vehicle technology is mentioned, although that technology is still very much in the development phase at this time. Participants are also expected to provide a design with interior customization packages based on different user needs. 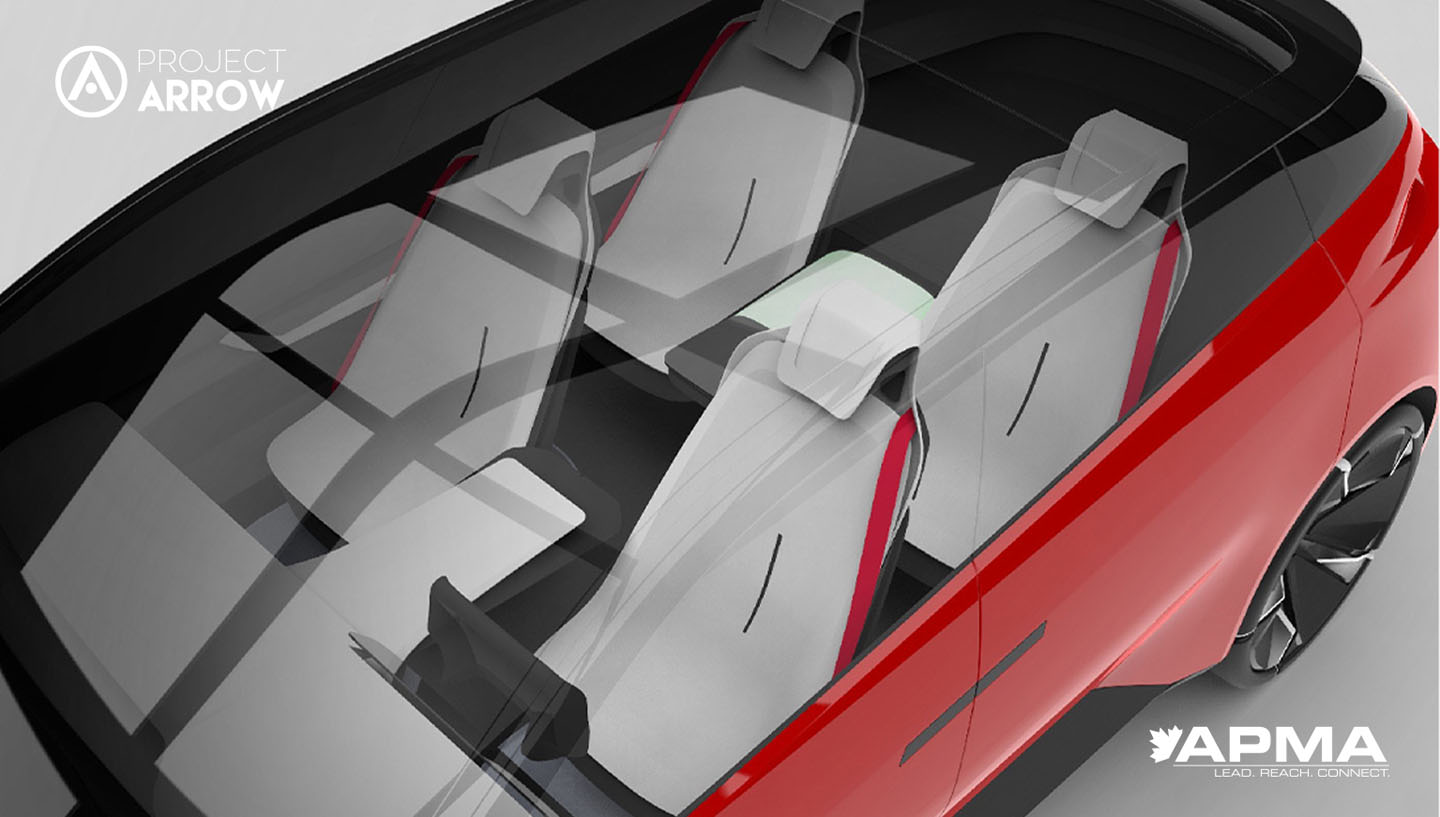 Some of the interior options mentioned in the project brief include a mobile office space or a mobile hotel suite. An autonomous emissions-free vehicle designed for long road trips with hotel-like accommodations inside would be very appealing to many travelers. Something that is nice to hear for those who enjoy driving is that while the project mentions autonomous vehicle technology, it also calls out the ability to allow people to drive the vehicle when desired.

The Project Arrow vehicle prototype is expected to be shown off at the 2023 Consumer Electronics Show. That show will take place in January of next year. A lot of work remains over the next calendar year to get prototype electric or hydrogen-powered vehicle ready. There are a lot of unknowns when it comes to the project, particularly pricing, driving range, and availability. The vehicle would need to be reasonably priced and widely available to do well on the current market.