An early 90s Wallace & Gromit cartoon has inspired University of Leicester students to develop a theory on how one might eventually be able to walk on the walls or ceiling. Though not exactly anti-gravity boots, the shoes would be powered by a vacuum and battery pack in one’s pants, giving them gravity-defying abilities.

The boots would work with a raised rubber insulator, which is positioned around the edges of the sole. The space inside of the insulator between the sole and surface would then be empty, and that is where the use of a vacuum comes into play. 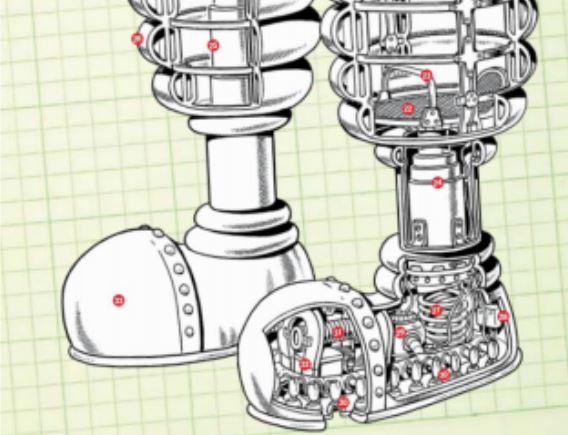 By making a vacuum in that empty space, the boot would then essentially be a big suction cup, with that suction being controlled by the power of the vacuum used. Surprisingly enough, the suction needed would be akin to what you’d get using an everyday vacuum cleaner.

In order to power the vacuum, the students propose that a battery could be contained in the pants, though because of weight-limit issues, you’d only be looking at 20 or so minutes before they ran dry (hopefully not while the user is attached to the ceiling).

You can read the entire paper in the Journal of Physics Special Topics.