The German town of Bad Hersfeld has been chosen as the test location for a new delivery robot dubbed PostBOT that will be used to help mail carriers make their deliveries. The robot will carry mail items for the mail deliverers on their routes to make delivery of items easier. PostBOT has enough space inside to carry up to six post trays.

The bot will help the delivery personnel by freeing up their hands and making it easier to distribute letters and parcels to those they are meant for. Deutsche Post notes that it will be watching the pilot project to see how well the robot supports staff and how much workload it removes from the humans.

The very first PostBOT will be used by a city employee that distributes mail between the city admin offices. PostBOT is a custom built device that comes from a French company called Effidence S.A.S. and was built with input from postal delivery staff. The robot can carry up to 150kg and has sensors inside that track the legs of the human carrier.

The robot will automatically follow behind the delivery person over the entire route they cover. PostBOT works in all weather conditions and is able to navigate around obstacles and stop when needed. There are controls on each side of the bot for ergonomics. 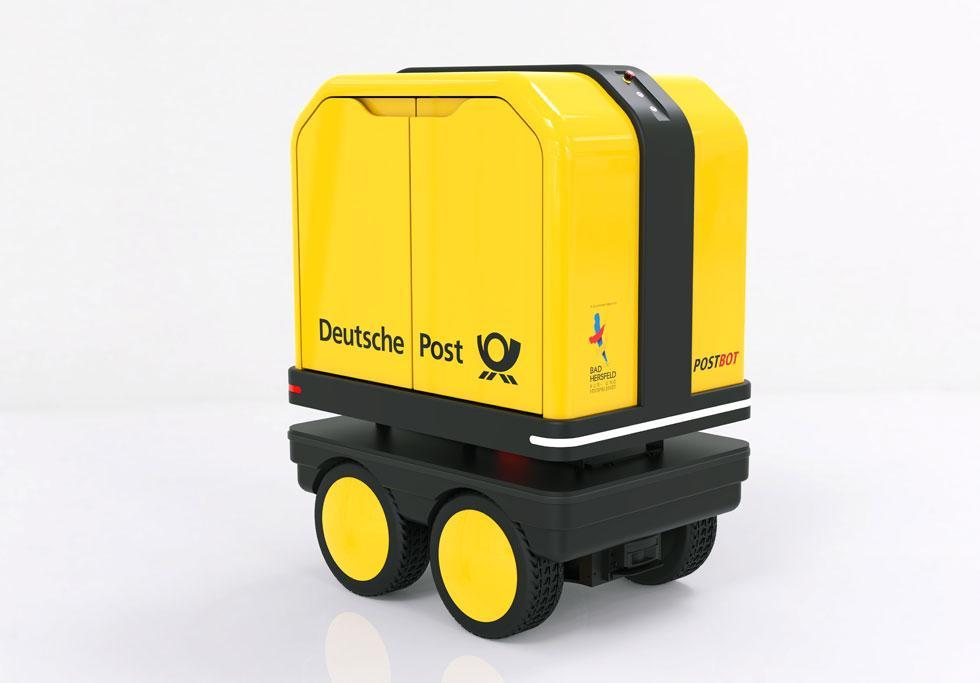 The initial test will run for about six weeks. After that period the program will be assessed and the insights gleaned from the initial test will be used in a follow-up round of tests and improvements for the robot. There is no word on when the postal service might adopt more of the PostBOT robots for other routes. 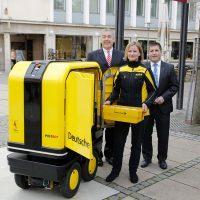 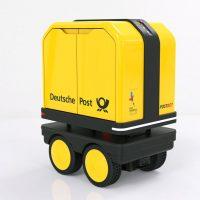 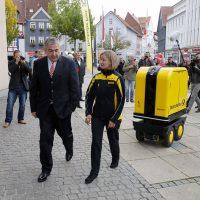