Pokemon TCG Live app announced, but players may not be happy

From a core functionality standpoint, it seems that Pokemon TCG Live will work mostly like Pokemon TCG Online does already, though with updated visuals and animated, 3D avatars to replace that replace the static avatars from PTCGO. Players will still be able to build out their digital collections by redeeming code cards from real-world packs and purchasing packs with in-game currency.

Pokemon TCG Live will have some functionality that’s missing from PTCGO, however. For the first time, the app will be playable on iOS and Android smartphones in addition to tablets, PC, and Mac; Pokemon TCG Online, on the other hand, is only officially playable on tablets and desktop (both Windows and Mac), with support for smartphones inexplicably nowhere to be found even after all these years. Official smartphone support is a big addition – so big that it alone should get a lot of Pokemon TCG Online players excited to make the transition to this app.

The keyword there is “should,” because the new Pokemon TCG Live app includes some bizarre restrictions and changes that aren’t likely to sit well with many in PTCGO‘s existing community. The Pokemon Company has put together an FAQ regarding the transition to Pokemon TCG Live, and it’s there we learn that trading won’t be allowed in the new app. This is an excellent time to remind readers that the “TCG” in “Pokemon TCG” stands for “Trading Card Game.”

In Pokemon TCG Online, players can trade single cards, unopened booster packs, and even accessories like digital card sleeves, deck boxes, and coins. Unfortunately, Pokemon TCG Live seems to be doing away with that, as a brief support article on the Pokemon website plainly states, “Players will not be able to trade cards with other players within Pokémon TCG Live.” The decision to remove trading from Pokemon TCG Live is a head-scratcher for sure, and one that we can only hope The Pokemon Company reverses before launch.

Another thing that might not sit well with current Pokemon TCG Online players is the fact that only portions of their digital card collections will transfer over to the Pokemon TCG Live app. That FAQ tells us that while many sets will transfer over, only cards from the Sword & Shield series and select sets from the Sun & Moon series (Lost Thunder through Cosmic Eclipse) will be transferrable at launch. 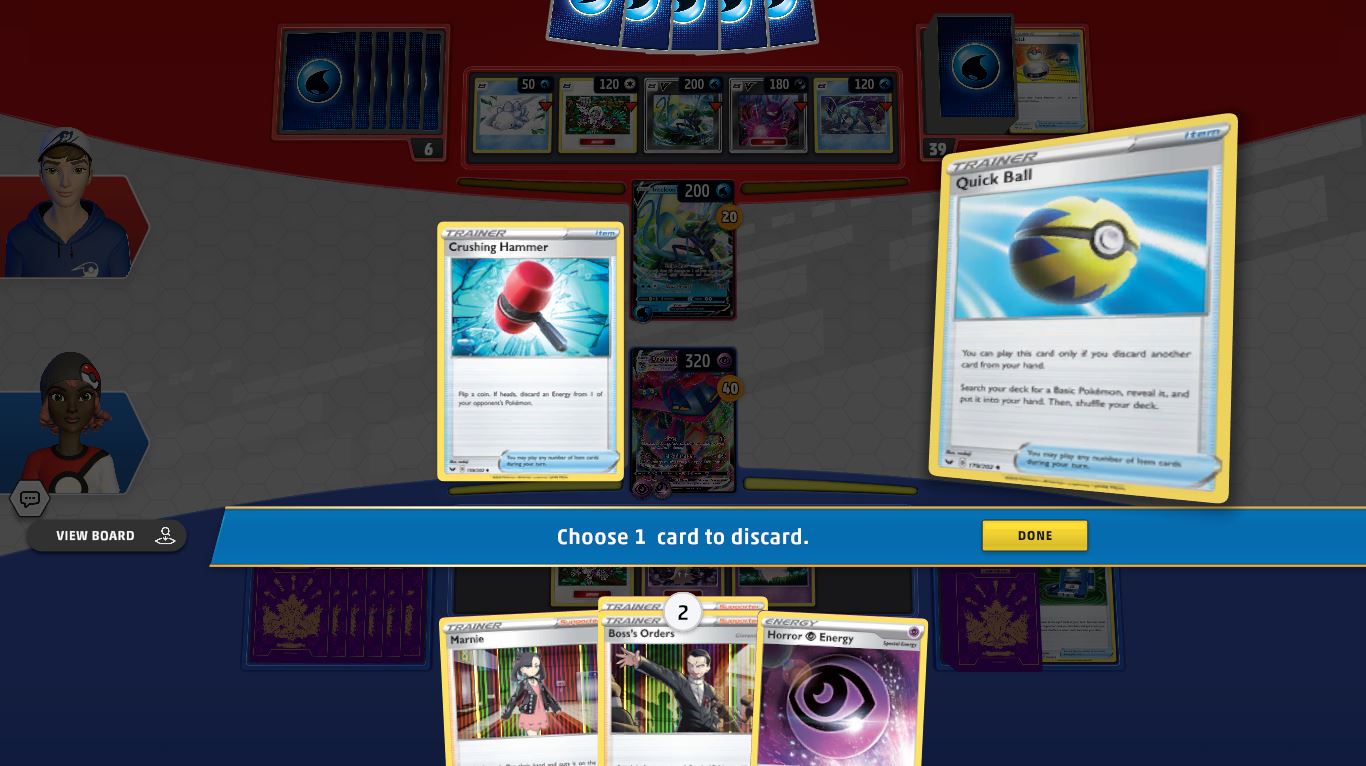 The option to transfer cards from earlier sets, namely the other Sun & Moon expansions, the XY series, and the Black & White series, will go live at some later point. That suggests Expanded format play won’t be available in Pokemon TCG Live until sometime after the app launches.

Players will also be limited in how many copies of their cards they can transfer over. “Players will be able to transfer up to four copies of a unique Pokémon TCG card, one copy of an ACE SPEC or Prism Star card, one copy of each part of a Pokémon V-UNION card, and 59 copies of a basic Energy card,” The Pokemon Company wrote in its FAQ. “Additional copies beyond these limits will not be transferred.” In addition, The Pokemon Company says that “many coins, card sleeves, and deck boxes” will transfer, but only at one copy per item.

These are significant changes, and while players have been asking for an improved app like this for years, it’s probably safe to assume they won’t be fans of the restrictions coming along with it. Pokemon TCG Live will have a mobile soft launch first in Canada and a global open beta for PC and Mac later this year, but we don’t have a solid release date for the app yet.

Just as well, we don’t know when Pokemon TCG Online will shut down, but we do know it will be taken offline a short time before Pokemon TCG Live launches. We’ll let you know when we have firm dates from The Pokemon Company, so stay tuned for more.