Pokemon is the key to Nintendo Switch success

As a lifelong Nintendo fan (and recent Switch owner), I was happy to see the news that the Switch had an excellent launch, with nearly 3 million units sold worldwide. Home to the one of the best games of at least the past decade – The Legend of Zelda: Breath of the Wild – there was little surprise that the Switch was going to sell well at launch, but what can Nintendo do to keep it up? The answer is as simple as it is certain: Nintendo must launch a proper Pokemon game on the Switch if it wants to see the console become a smash hit.

For those of you who weren’t around back then (or were too old to care), allow me to tell you what we were talking about on the playgrounds back in the late ’90s. With Pokemon Red and Blue catching fire all across the US, one thing that my friends and I wanted most was to see a true-to-form Pokemon game come to the N64. That never happened, nor did it happen on GameCube, Wii, or Wii U. We didn’t even get a revival of Pokemon Snap on the Wii U, and that console was perfect for such a game.

Nintendo and Game Freak have always considered Pokemon to be a handheld series first. Even though that meant I never got to play an actual Pokemon game on a console, this mentality puts us in an interesting position with the Switch now on the scene. The 3DS is getting a little long in the tooth, and it probably has a year or two left in it at best. After that, what does Nintendo do?

In my mind, the best thing for Nintendo to do would be to slowly phase out the 3DS before shifting focus entirely to the Switch. This isn’t something that needs to happen quickly, but it’s something that should happen if Nintendo wants to see the Switch become the next Wii. Not only does this prevent gamers from having to choose between two Nintendo-branded handhelds, but it also means that Nintendo can finally give Pokemon fans what they’ve been waiting years for: a proper console-based Pokemon game.

READ MORE: Pokemon Sun and Moon ReviewWe’ve already seen that Pokemon is a system seller. Pokemon Sun and Moon have sold an incredible 15 million copies since November. Nintendo noted in its financial briefing yesterday that 3DS sales were ultimately helped by the launch of Pokemon GO. If something as simple as Pokemon GO can inspire lapsed Pokemon players to go out and buy a 3DS in anticipation of Sun and Moon, what can a proper Pokemon game do for the Switch’s sales numbers?

I don’t claim to know the answer to that question with any certainty, but given how long fans have been asking for something like what I’m suggesting here, they sky definitely seems to be the limit. By launching mainline Zelda and Mario titles in the same year, Nintendo has already expressed that it’s serious about turning things around in the console space and doing everything it can to prevent another Wii U. Pokemon definitely seems like the best way to ensure that the Switch will be a success. 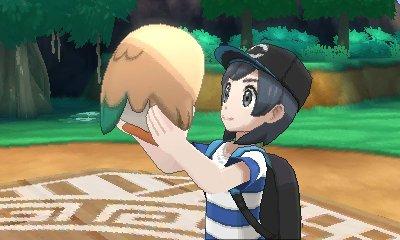 Even though Pokemon on the Switch feels like a no-brainer to me, Nintendo has proven time and time again that it is its own worst enemy. When it was clear the Wii U would struggle to gain any ground against the PlayStation 4 and Xbox One, a similar solution could have turned things around. Instead, Nintendo just let the console fail, refusing to even give it a Mario game in vein of Super Mario 64. The Wii, on the other hand, received two such games.

If Nintendo won’t even turn to Mario, another system seller, to save a failing console, why would it lean on Pokemon to turn a console that’s off to a strong start into a smash hit? It’s difficult to read Nintendo, and often times what seems like the logical path forward isn’t always the one the company chooses to follow.

My fear is that Nintendo needs to be convinced through strong sales that the Switch will be a good home for the Pokemon series. Nintendo likes to get stuck in its ways with these things, and there’s a part of me that thinks maybe Nintendo will keep a separate line of handhelds around simply as a vehicle for Pokemon. It would be ludicrous to do this, of course, but we also have to remember that we’re dealing with a company that is wholly unpredictable.

Sometimes that unpredictability gives us something like the Switch, while other times it gives us the Wii U. Sometimes it gives us Breath of the Wild, and other times it decides that we’re not going to hear from the Star Fox or Metroid franchises for ten years at a time. I just hope that Nintendo was serious when it committed to turning things around with the launch of the Switch, because then the decision to make a Switch-based Pokemon game becomes the next logical step.

What do you think? Will we see a true-to-form Pokemon game on the Switch, or is Nintendo too stuck in its ways to make that leap? Head down to the comments section and let us know!