Plex Labs has announced its first release in a while, and it comes in two forms: an update to the existing Plexamp music software and an entirely new feature called Plex Dash for users who run their own Plex server. These two new apps are only available for Plex Pass subscribers, meaning you have to pay to get access to them. Both products bring a number of features, as well as an appealing new aesthetic.

Plex Labs is essentially a part of Plex that is dedicated to the development of experimental apps, the first result of which was Plexamp. As its name suggests, this is Plex’s own desktop music player. The software received updates for a year, then those updates stalled. That changes today with an update that brings the software to mobile in addition to desktop. 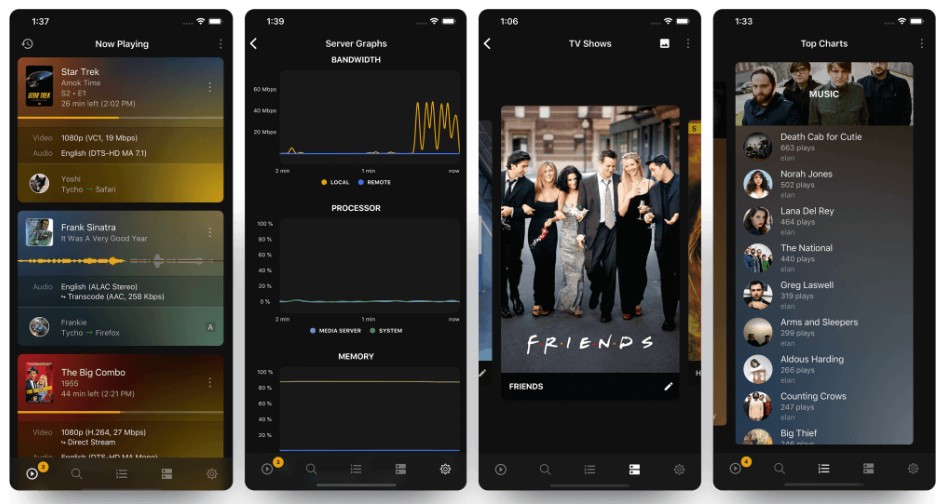 The new Plexamp 3.0 is rewritten from scratch and can be downloaded on Windows, macOS, Linux, Android, and iOS. This version is only available to Plex Pass subscribers; it brings a number of new features, including charts that show the albums and music you’ve enjoyed the most, fancy blurred backgrounds that match album art, a new Mix Builder that lets users create their own radio station, plus a bunch of new stations have been added to the new music libraries.

Plexamp users can find the full list of new features in a long Medium post on the update.

Joining the new Plexamp update is the new Plex Dash, an app that provides Plex server administrators with a simple and visually appealing new way to manage their servers. With this app, administrators can edit artwork, see what videos have been played, adjust library settings, view server resources, fix media match issues, scan for newly added media, and more.

Plex describes the new app as something like a command center for a Plex server, one available on Android and iOS with support for the iPad and landscape mode (Plex suggests that you duct tape your tablet to the wall to use it as a Plex control panel). Other features include media playback charts, server playback history with filters, and the same appealing design found in the new Plexamp app.

As with the new Plexamp, the Plex Dash app is only available for Plex Pass subscribers.