Plex’s virtual reality app now supports Oculus and the Gear VR, expanding it beyond its former Daydream limitation. The Plex VR app was announced in January, enabling Daydream users to watch content using their virtual reality headset, including co-watching with a friend who is represented in-screen via an avatar. Those same features still exist, but they’re now available to more headset owners.

Daydream, as great as it is, got a late start compared to Gear VR and Oculus. For that reason, many virtual reality users were left out when Plex released a VR app exclusive to the Daydream platform. Feedback on the new app has mostly been favorable and many non-Daydream users have been requesting support. 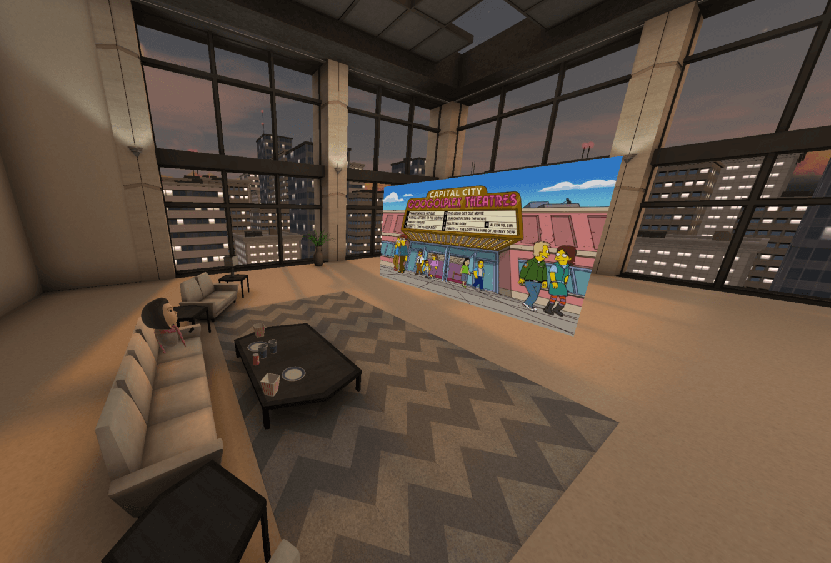 Plex announced that support today, saying the new platforms “are amazing.” The company also says it is working to improve the Daydream experience, though it doesn’t go into details about that. The Plex VR app supports both 3D videos and 360-degree photos in addition to videos.

As the screenshots above show, Plex has included a variety of environments in its app, enabling users to watch their favorite shows or movies from a virtual couch in a high-rise apartment, from a car in a drive-in theater, and more. Netflix and Hulu both do something similar, but Plex takes it up a notch with co-watching. There’s a minor exception, though — the co-watching feature won’t arrive on Gear VR immediately, instead being scheduled for ‘coming weeks.’