It isn’t very often we see a game come around and define a new genre, but after building Battle Royale mods for a handful of other games, Brendan “PlayerUnknown” Greene is doing just that with PlayerUnknown’s Battlegrounds. The game has taken the world by storm this year, which is saying a lot because PUBG had to share the limelight with huge titles like The Legend of Zelda: Breath of the Wild, Super Mario Odyssey, and Horizon: Zero Dawn. Despite that, it’s managed to become a sensation and win over millions of players while still in beta. Now, 9 months after it first arrived, it has left early access and launched into version 1.0, a milestone that some early access games infamously never arrive at.

Reviewing something like PlayerUnknown’s Battlegrounds isn’t an easy thing to do. Even with version 1.0 here, there’s still a lot of work to be done. Bugs and glitches are still fairly commonplace and many optimizations still need to be made. These things can be frustrating to players, and the continued presence of these problems really makes you wonder if anyone would stick around if this were any other game.

Indeed, it takes a really special game to shine through problems like this, and many simply can’t. Where these issues would have normally forced gamers to move onto something different by now, PUBG’s popularity persists, both on Steam and on Twitch. Since day one, PUBG has been climbing the ranks of both services, eventually eclipsing DotA 2 to set a record for most concurrent players on Steam and becoming one of the few titles that can challenge League of Legends’ perpetual spot as the most-watched game on Twitch. 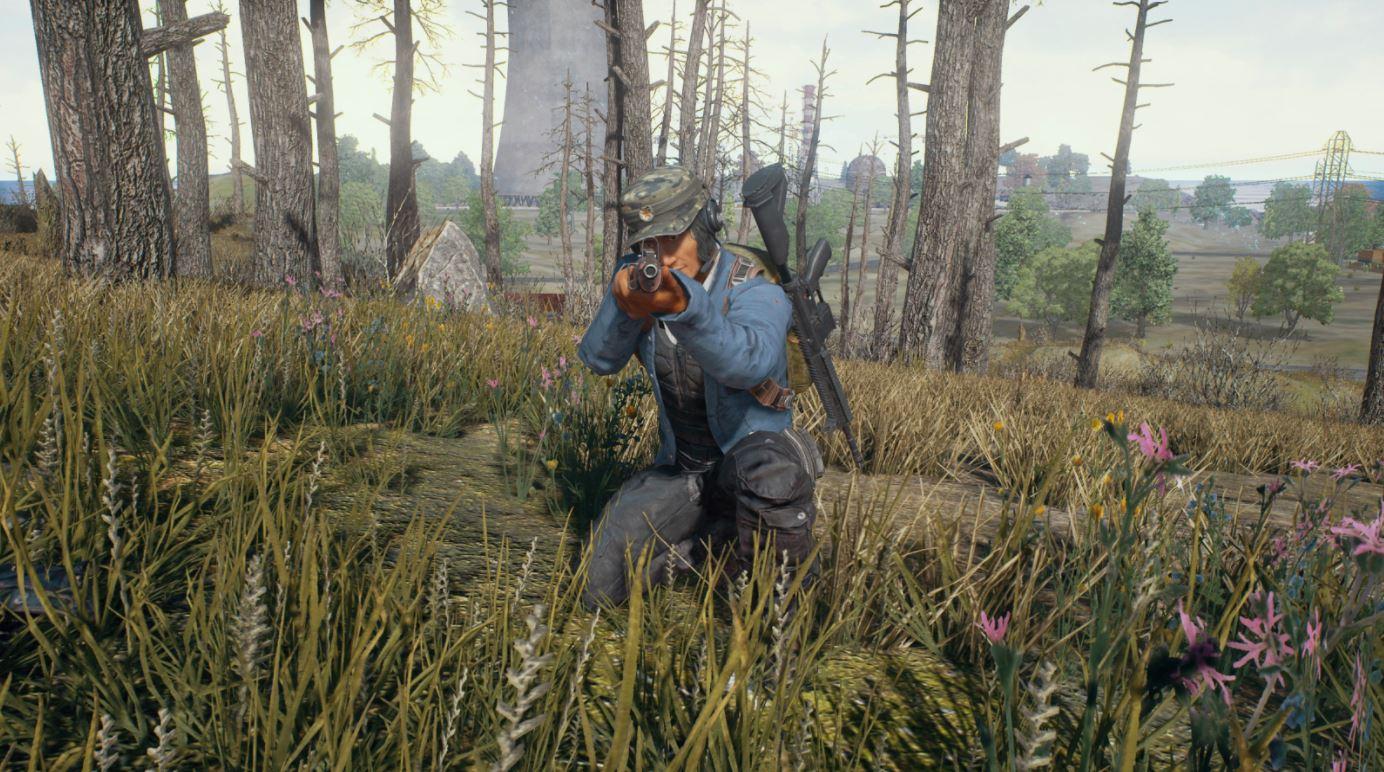 It isn’t hard to see why. PlayerUnknown’s BattleGrounds offered gameplay that really wasn’t present in many other games when it first released back in March. Though the Battle Royale modes in other games like H1Z1 and Arma 3 predate PlayerUnknown’s Battlegrounds, they were crafted by Greene himself as third-party mods. With PUBG, Greene set out to finally make a fully-fledged Battle Royale game of his own.

The result is, in a word, extraordinary. PlayerUnknown’s Battlegrounds, as many of you already know, pits you against 99 other players in a last man standing battle to the death. Players are dropped into one of two maps – the island of Erangel, which launched with the game, and the new, desert-themed map called Miramar – and from there, it’s a race to loot up as quickly as possible and then survive as long as you can. 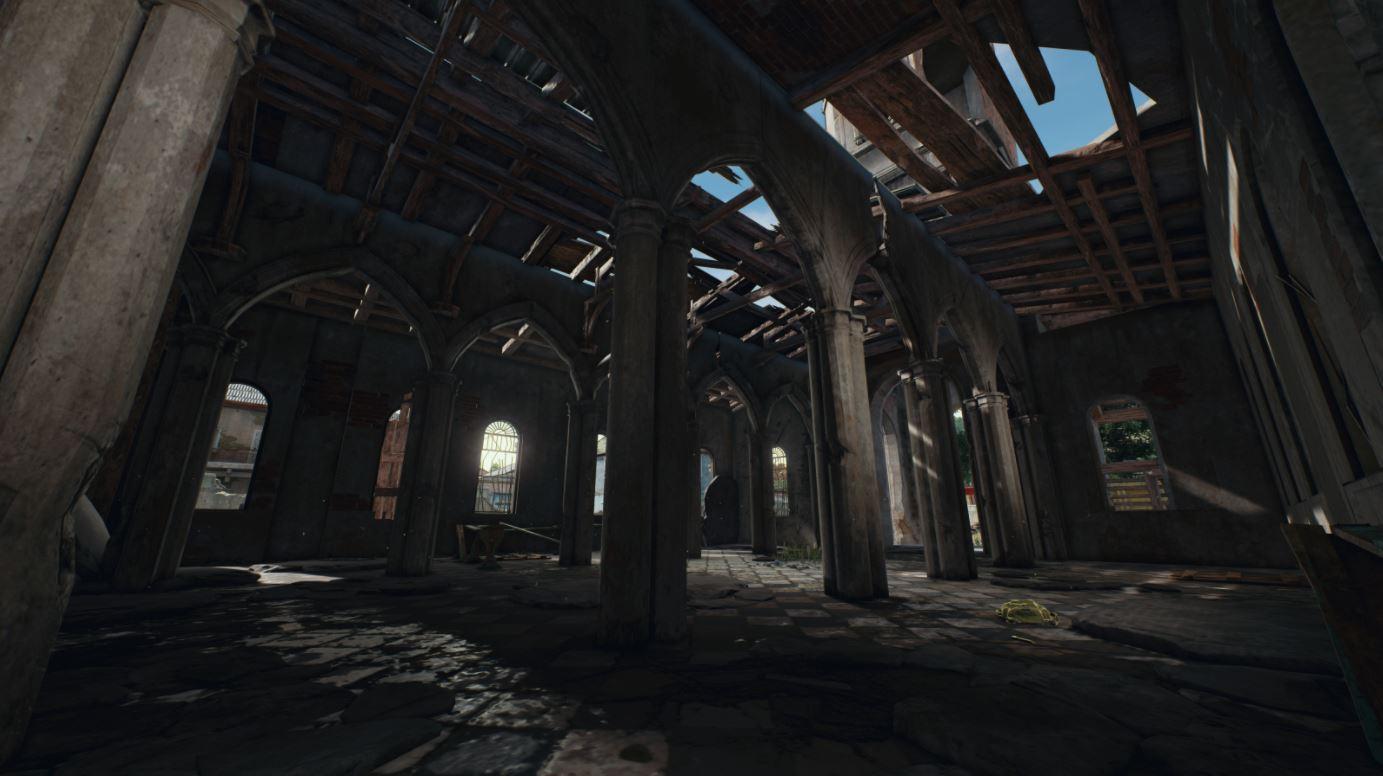 A white circle on the map shows the play area, and as the game goes on, this circle shrinks. This, of course, ensures that players are eventually forced to go head to head, and serves to restrict the play area as player numbers dwindle. In turn, this makes sure that matches don’t last forever, keeping the usual match length around 20 or 30 minutes.

If you’re caught outside the play area at any point in the game, you’ll take constant damage over time until you’re within the safety of the circle. In a way, the play area is also your enemy, and the fact that it’s constantly shrinking does a good job of keeping players on the move, creating encounters between combatants who are trying to get to safety and punishing those who dare to camp in one spot for too long. 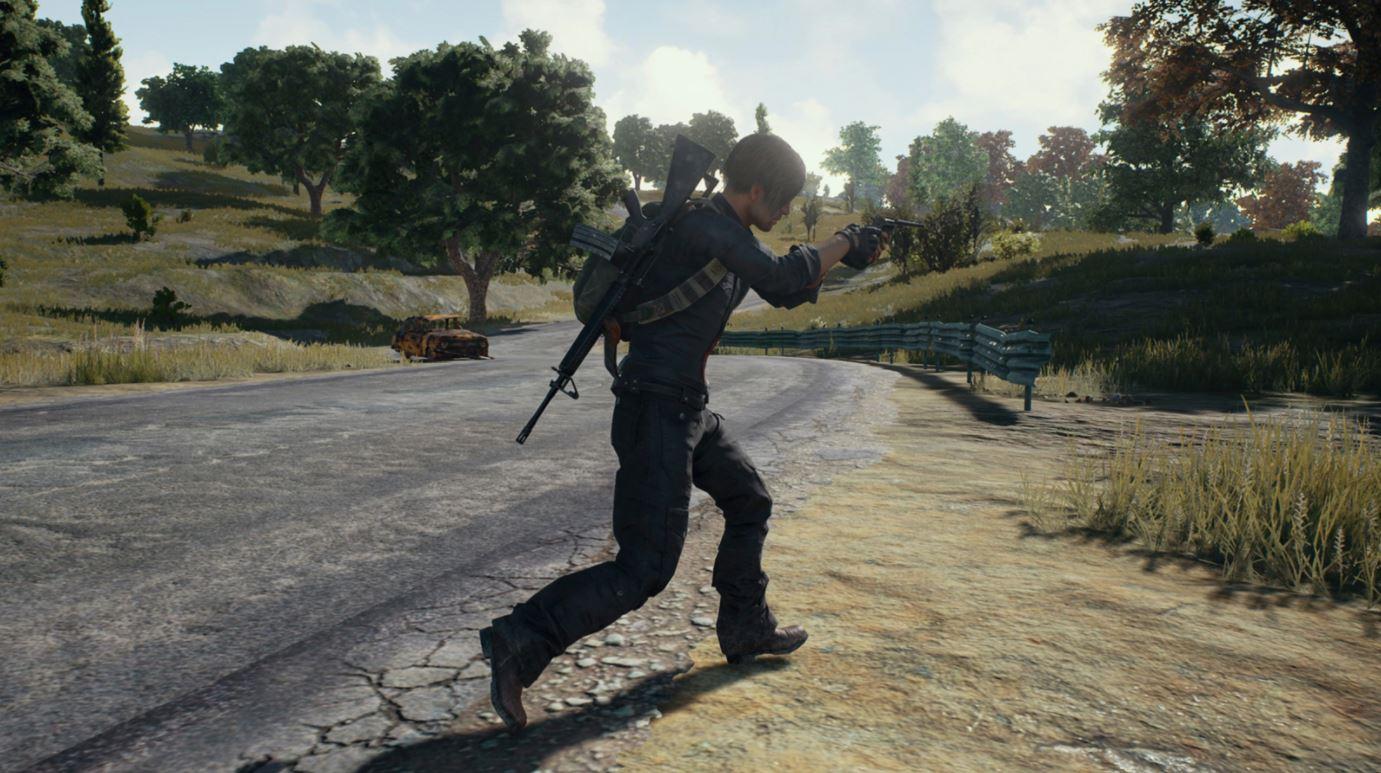 Between the constantly shrinking play area and the fact that an enemy player could be lurking around every corner, behind every door or every tree, or watching your every move from the safety of an out of the way building, PlayerUnknown’s Battlegrounds can certainly become an exercise in stress and anxiety. Matches are often intense affairs, especially when you’re playing alone. There is no sweeping score that accompanies the gameplay here; you are left alone in relative silence, with only the chaos of the world around you as a soundtrack.

Because of this, you need to rely on your ears just as much as your eyes and reflexes. It isn’t enough to try to spot enemies before they spot you, or to shoot them before they have a chance to put you down, but you also have to try to pick up on sound queues while at the same time staying as silent as possible. Firing off your gun like you’re some kind of wild west gunslinger will draw unnecessary attention to your position, and running through the hallways of buildings could potentially tip off anyone who might be taking a more cautious and silent approach to exploration. 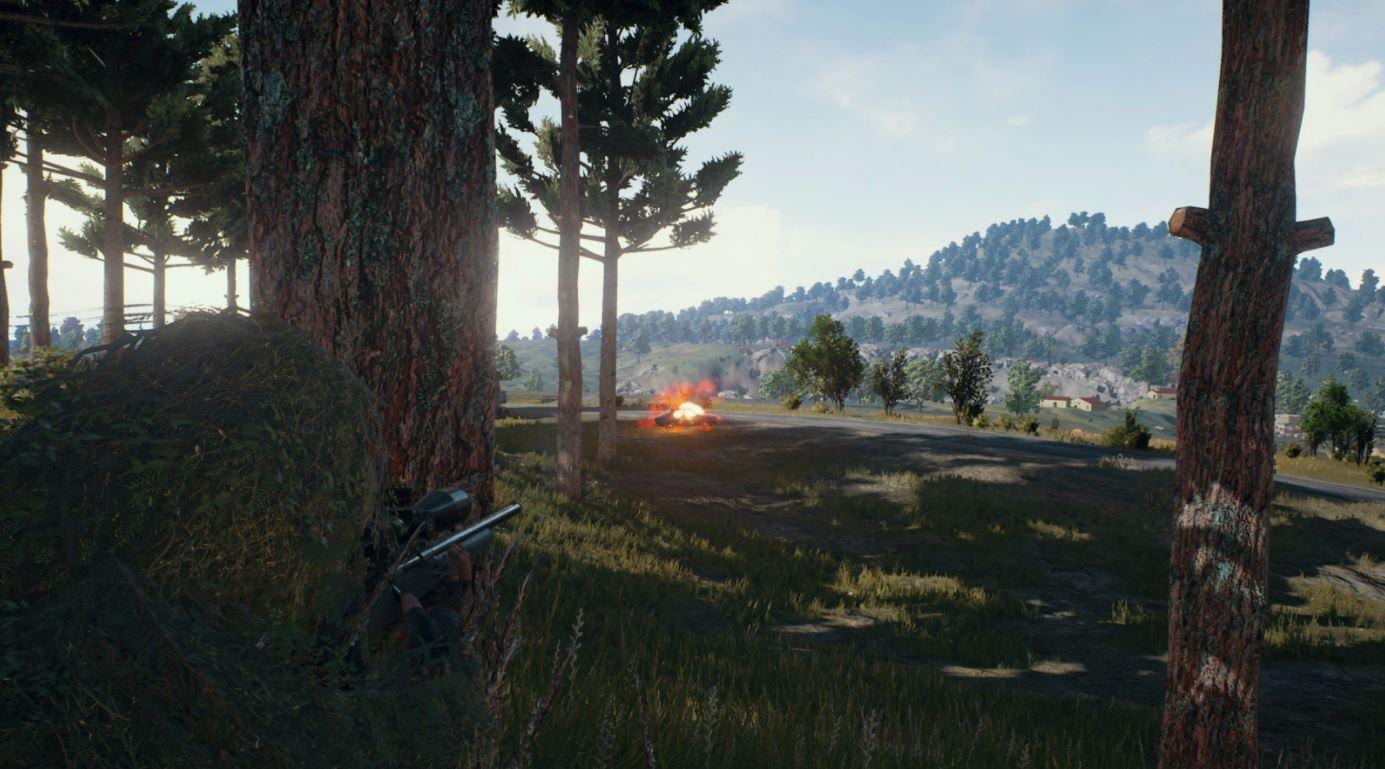 An enemy getting the jump on you when you think you’re alone can be a truly terrifying thing. Taking the risk of running across an open field only to draw fire from an unseen player is panic-inducing, and many times, you’ll die without ever seeing your killer. When that happens, though, you can simply jump into another game and see once more if you can become the last man standing.

It’s interesting that in this age of progression systems, PlayerUnknown’s Battlegrounds seems to be flourishing without any external systems driving the will to play. As you participate in matches, you’ll earn coins that you can use to unlock cosmetic items that don’t have any significant bearing on the game, but that’s it. There’s no progression system that unlocks weapons, mods, or special abilities like you’d see in so many other shooters. In that regard (and in so many others) PlayerUnknown’s Battlegrounds breaks the mold. 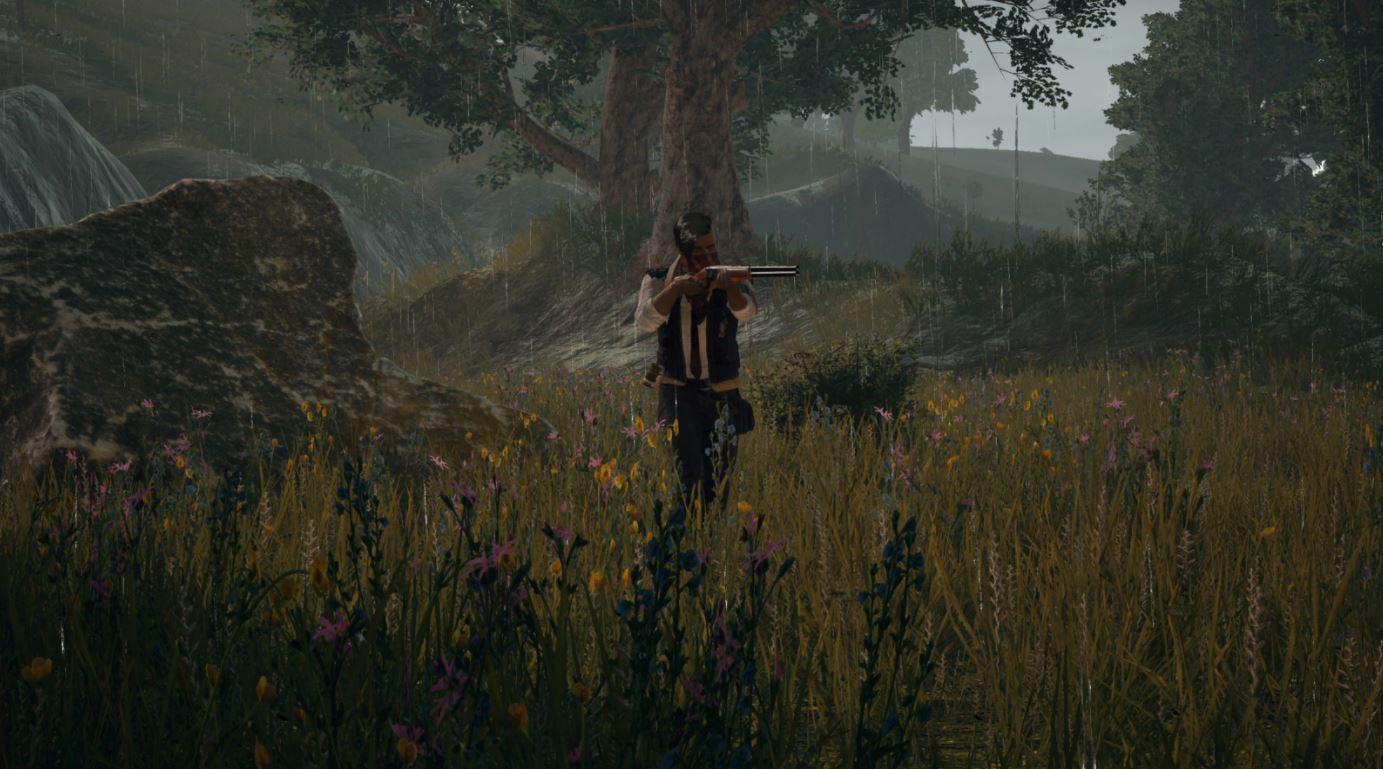 PlayerUnknown’s Battlegrounds doesn’t need such a progression system, though. Wins will be so few and far between for most players that simply being the last player standing will feel like a huge accomplishment, and will fuel the desire to play for dozens of games afterward. Even if you never win, the crazy firefights you’ll get into never fail to give you a boost of adrenaline, making PUBG all the more addictive.

And yet, for every amazing story you have when you put the game down, it seems that there are just as many bugs and problems that at best pull you out of the experience and at worst end your fight for survival prematurely. Crashing, glitches, and lag are all things the average PUBG player will have to contend at some point, and to make matters worse, the game also seems to have a problem with cheating. New tools are rolling out to combat cheaters, but even then, it’s hard to feel like you ever had a chance when you’re killed by someone who is so clearly cheating. To ignore these issues is to paint the game in too favorable a light, but the big question is whether or not PUBG’s amazing gameplay can shine through its various problems.

As it is, PlayerUnknown’s Battlegrounds is something of an ugly masterpiece. It is unquestionably one of the most enjoyable games I’ve played all year, and if we’re talking all-time favorites, it’s certainly earned a spot near the top of my personal list. 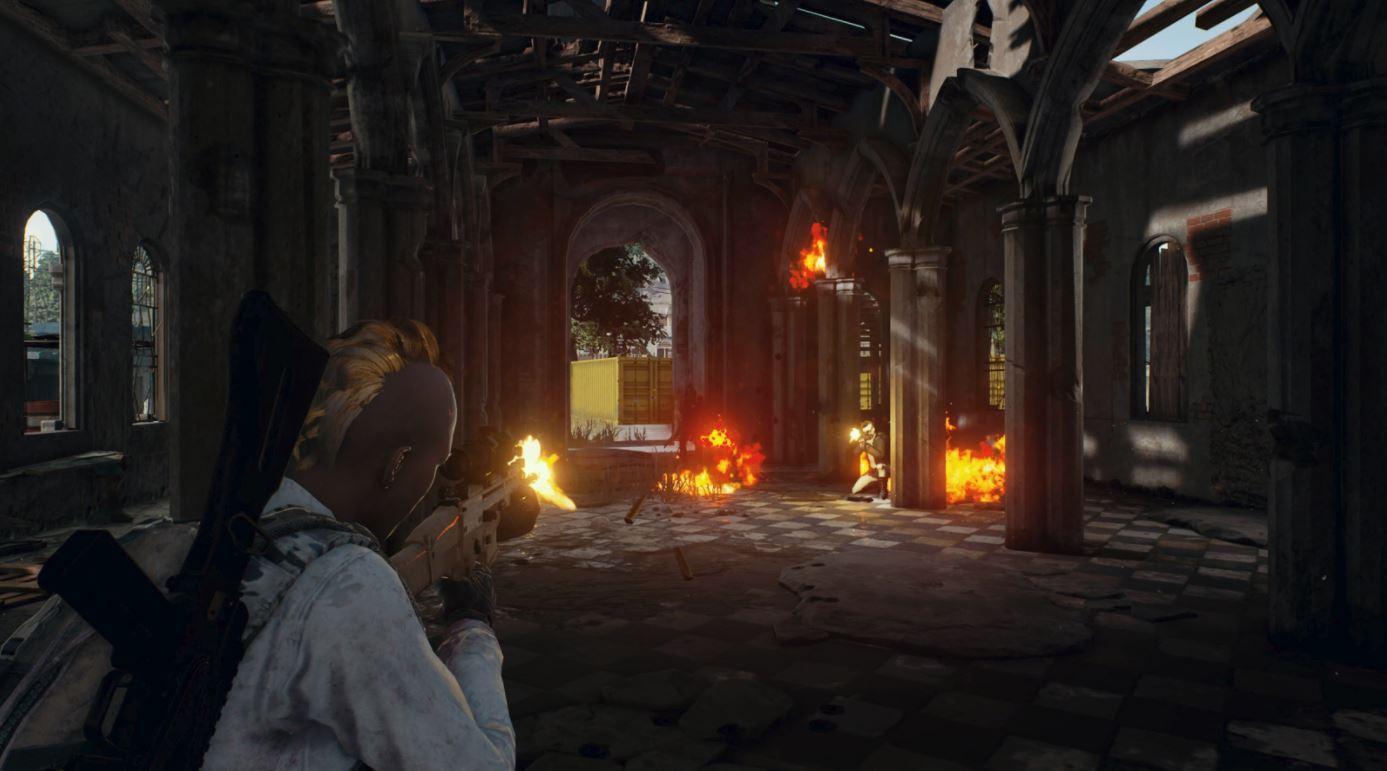 As I said, though, these problems with bugs and glitches can’t be ignored, at least not entirely. When things are going well and you drop into a smooth match where you’re able to focus on nothing but winning, PUBG is an easy 10 out of 10. This doesn’t mean that it’s perfect, mind you, but just that it comes with my highest recommendation.

I’m not sure all of the issues with PlayerUnknown’s Battlegrounds will ever be sorted out completely. Then again, I’m not sure it matters. With a game that’s as fun as this, I can forgive an awful lot. For now, I can’t turn a blind eye to all of its problems, but I can say this: whatever issues exist in the current build of the game aren’t enough to get me to stop playing, and they shouldn’t be enough to stop you from checking it out.