The Pixel 3 XL has a big notch, no denying that anymore. It is big and, for some, ugly. It wouldn’t be so bad if you could hide it like some of the other Android phones with notches. Initially, Google was thought to love the bucket notch so much that it wouldn’t allow its unsullied version of Android to have such an option. Apparently, it does if you know where to dig. Unfortunately, there’s also a catch.

First things first, there is no direct switch to hide and unhide that notch. You’ll have to first enable Developer Options, which, in turn, requires you to dig through the Settings app. Here’s how it’s done in a nutshell:

1. In the Settings app, scroll down and tap on System and then About Phone
2. Scroll down to the Build Number entry and tap it 6 to 7 times
3. Enter your PIN when asked for it. Congratulations! You are now a developer.

You will now see an entry for “Developer Options” in the System page of the Setting app (or toggle “Advanced” on if you don’t). One of the dozen entries there will be for the Device Cutout, which will let you Hide or Show the notch. 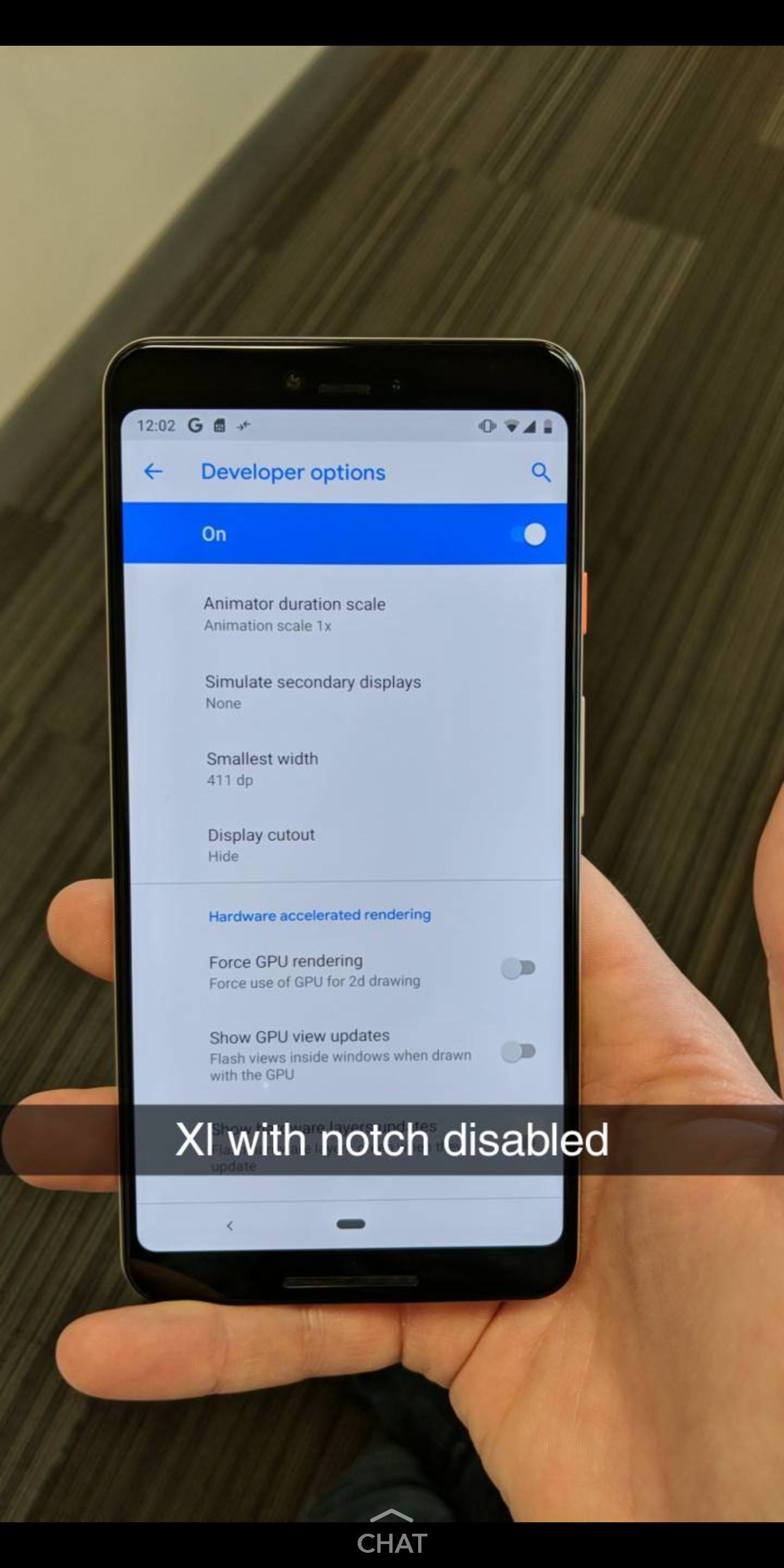 Here’s the catch: it practically pushes the screen down to below the notch. That is, it doesn’t just make the areas beside the notch black, it also makes it unusable. As remarked by others on Reddit, you practically end up with the Pixel 2 XL and its big bezels top and bottom. Other phones and third-party apps at least retain the notification bar’s position to maximize screen real estate. 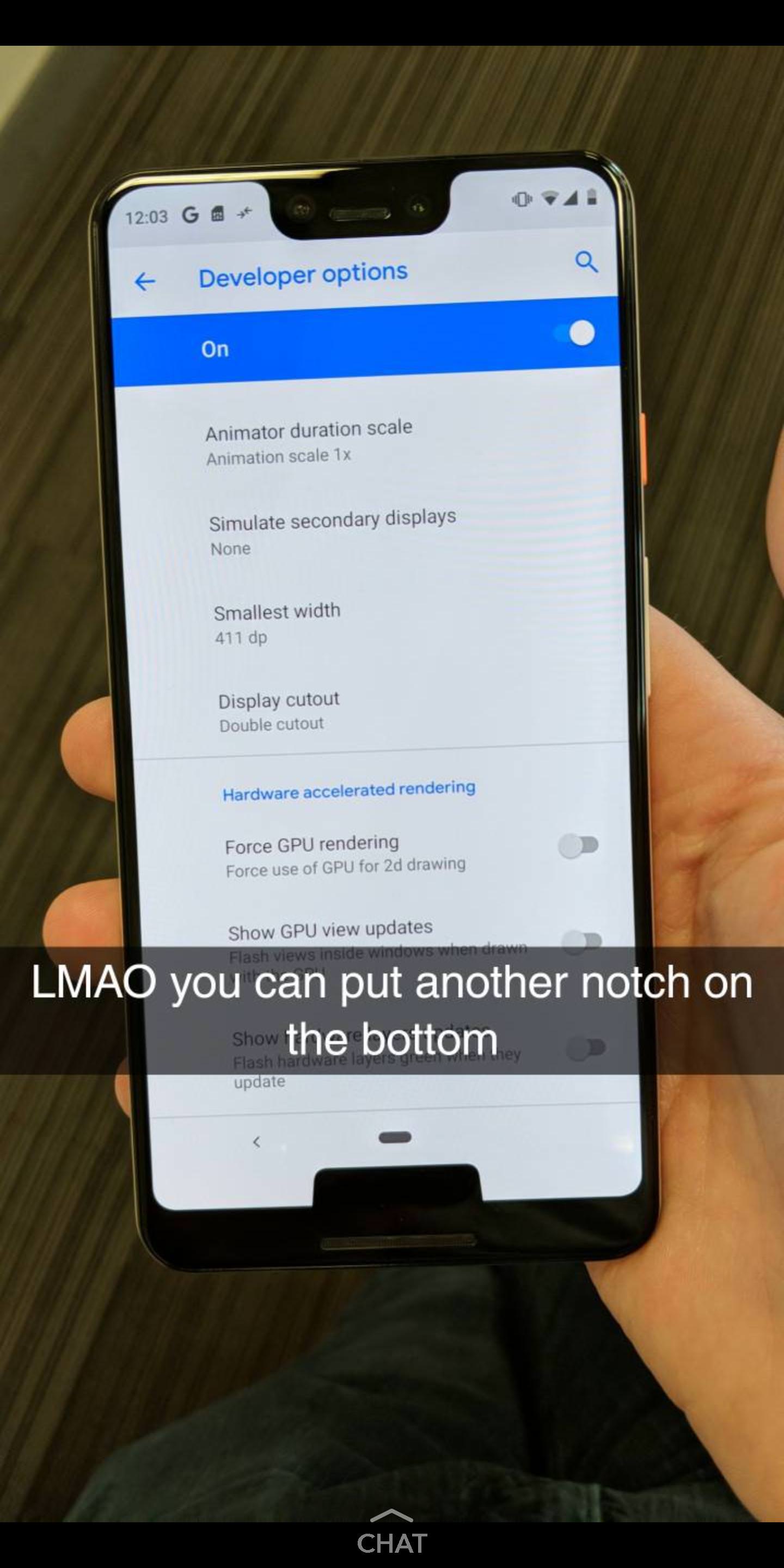 Not everyone hates the notch. Some are indifferent to it. Some might even love it. For the latter group, Google has thrown them a bone and has even included the option to have twice the notch fun. Of course, given this option was seen in previous Android beta releases, that’s not a surprise. Nevertheless, it’s still a practically useless one.