Adobe MAX is here, and the company’s most popular editing software is unsurprisingly getting a host of updates for the occasion. The most significant updates are landing on Photoshop for desktop, but we’re also seeing some big new features ship for Photoshop for iPad. As we’ve frequently seen over the last few years, Adobe’s Sensei AI is behind many of these new features, at least as far as the desktop version is concerned.

Arguably the biggest new feature landing in the desktop implementation is hover auto-masking for the Object Selection tool. The tool can now automatically detect most objects in an image and will highlight one when you hover your cursor over it. Adobe notes that while auto-masking makes the Object Selection tool more accurate, Sensei AI is not quite to the point where it can detect all objects in an image – it should be there soon, as hover auto-masking uses machine learning AI. In addition, users can also now go into Layer > Mask All Objects to generate masks for every object within a layer (assuming, of course, that the AI detects them all).

Joining hover auto-masking is a new Landscape Mixer neural filter that’s launching into beta. Landscape Mixer does what it says on the tin, allowing users to combine two landscape images to produce a new effect. For instance, users can apply Landscape Mixer to make a summer scene look like a winter one or change the time of day depicted in the image.

Going hand-in-hand with this is a Color Transfer neural filter that will allow users to essentially transfer the color and tone of one image to another. There’s also a new Harmonization filter that will attempt to match the hue and luminosity of one layer with that of another.

Like the Landscape Mixer, the Harmonization and Color Transfer neural filters are launching into beta this year. Adobe has also updated the Depth Blur, Superzoom, Style Transfer, and Colorize filters it introduced last year. The desktop version of Photoshop has also been updated to support the Apple Pro Display XDR and the displays on the new 14 and 16-inch MacBook Pros. 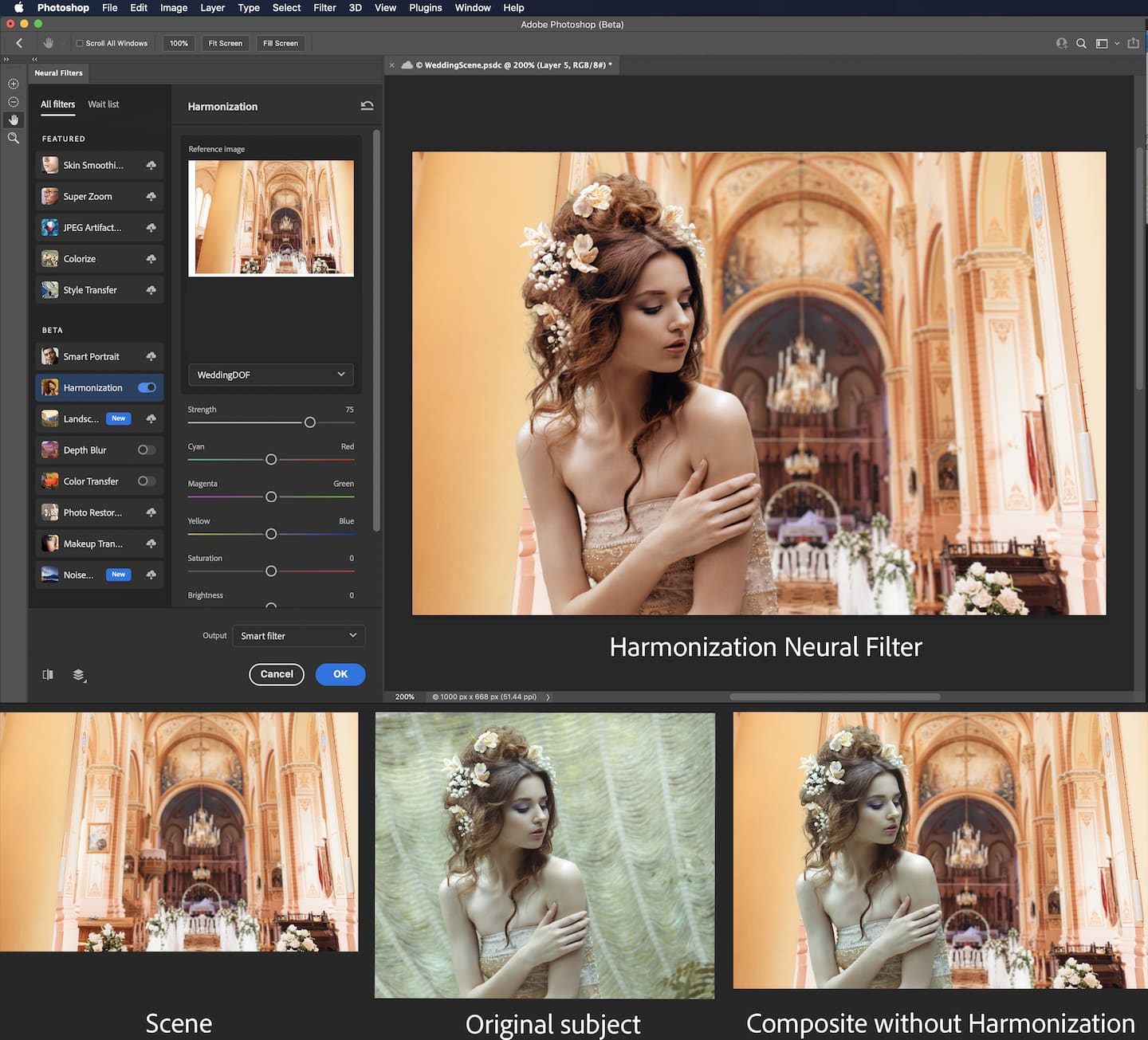 Adobe says that the app will display directly to HDR-capable displays as well when they’re connected properly. In addition, the improved Export As functionality that was previously available on Mac machines with an M1 chip is now available on all desktop OSes, including increased speeds and better color profile handling.

Photoshop users can now share their projects to the web to receive feedback from friends and colleagues. Users will be able to set links to private or public and control what people with the link can do with the file. They’ll even be able to communicate with collaborators within Photoshop, as sharing the project opens up a commenting panel in the app itself. 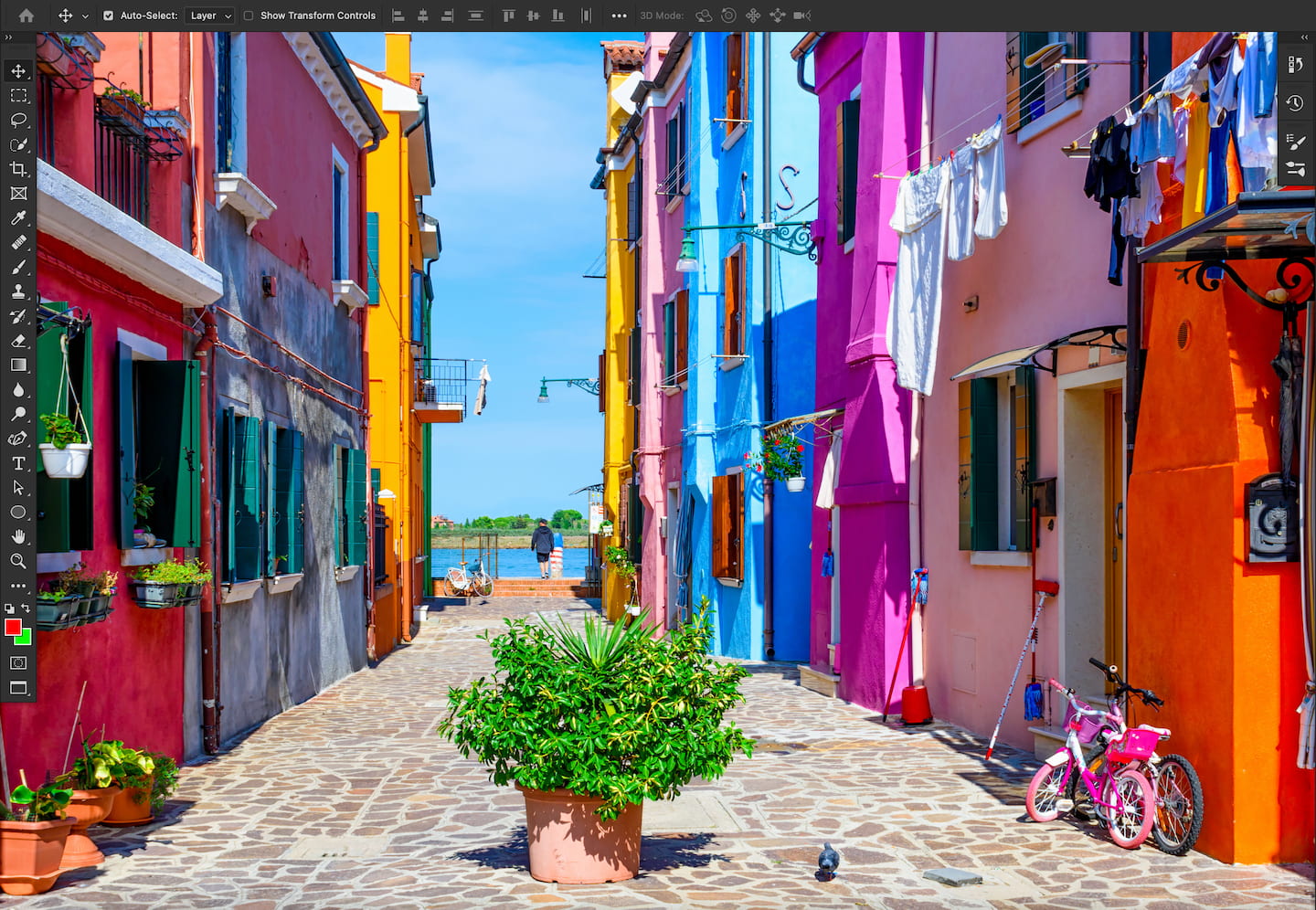 On top of all this, Adobe says there are four new Photoshop plug-ins available through the Creative Cloud Desktop: Easy Panel, Pro Stacker, Re-Touch by FX-Ray, and APF-R. Two more, Lumenzia and TK8, will be joining the lineup soon, with the promise of more to come after that. Add to that app stability improvements and a faster Oil Paint Filter that leverages the GPU better, and this is quite the update.

While the iPad isn’t getting nearly the amount of new features as its desktop counterpart, there are still some significant new features to be found. First up is Raw camera support that will allow you to import and edit raw photos from iPhone 12 and 13 Pro or photos from digital cameras. This new feature supports any camera raw file that Adobe Camera Raw already supports and allows for lighting and color adjustments along with auto-adjustments and auto black and white. 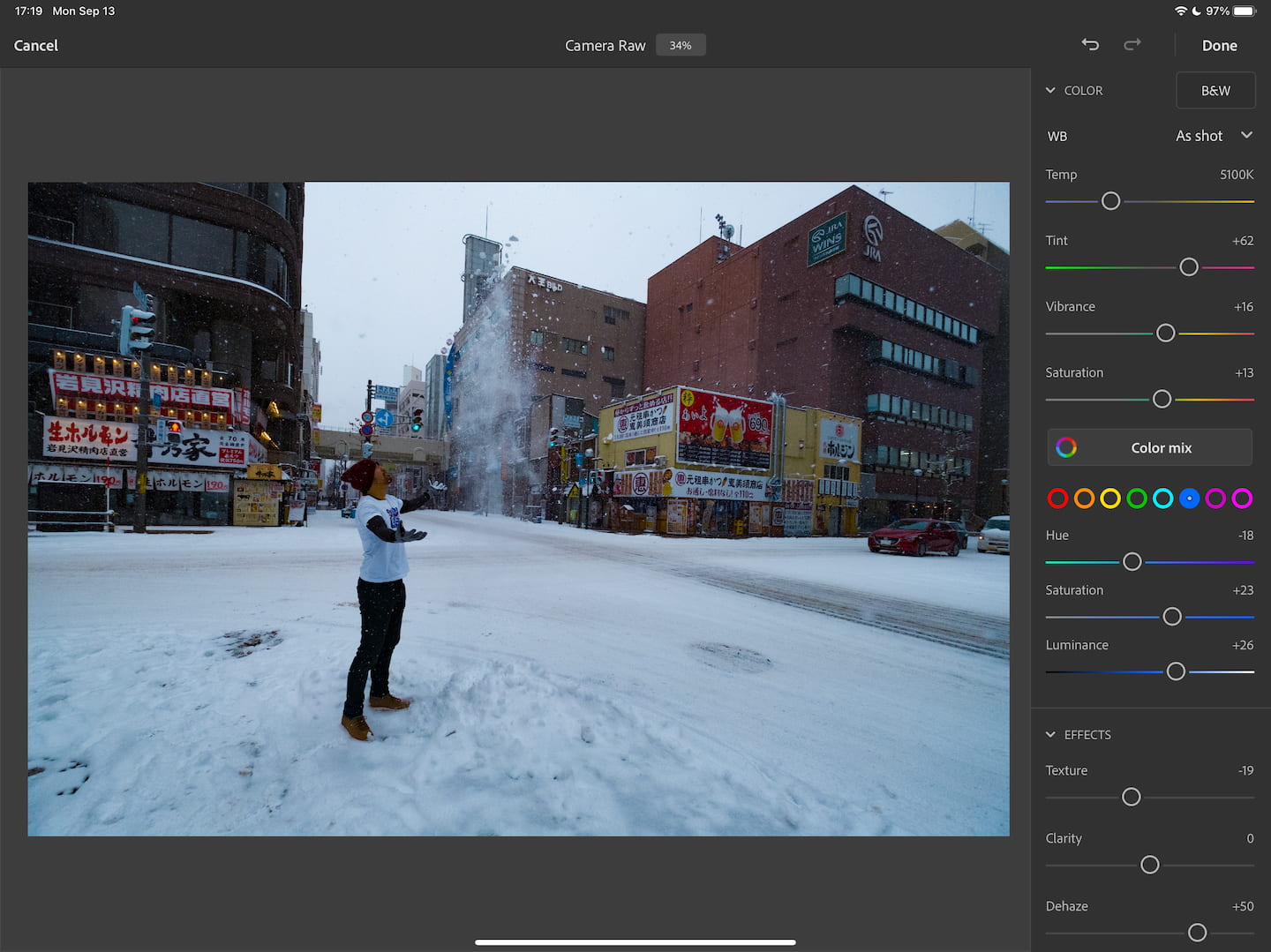 Photoshop users on iPad are also getting a new feature that allows them to convert layers into Smart Objects. It seems that any number of layers or layer groups can be converted into Smart Objects as they can on desktop, which will then allow users to make non-destructive edits before changing them back to their original layers. 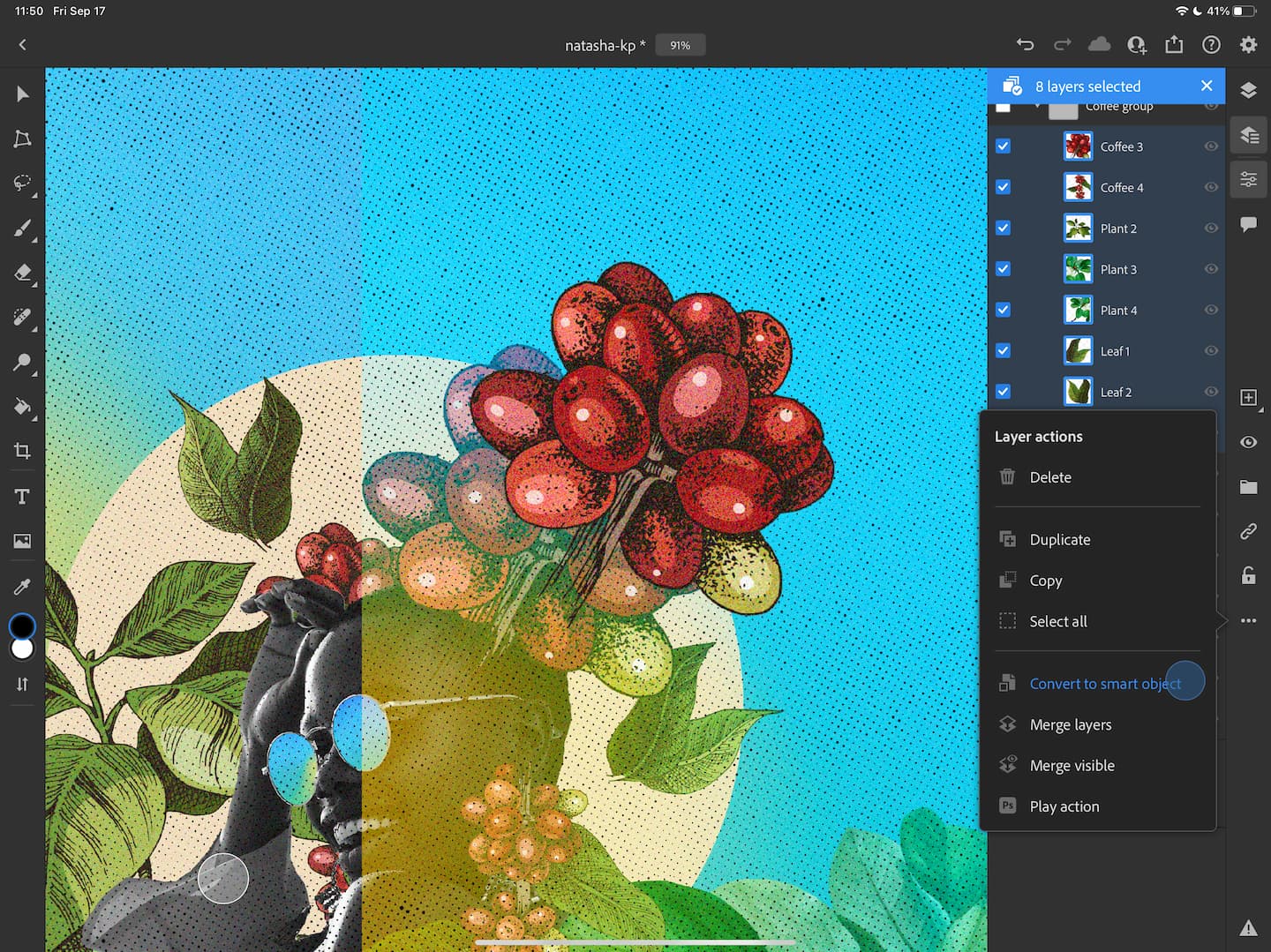 Photoshop for iPad is also getting the desktop version’s Dodge and Burn tools to lighten or darken different areas of images. You can read more about today’s Photoshop update over on the Adobe blog.