After months of testing, Adobe is finally ready to send Photoshop for iPad live for all users. At its annual MAX conference today, the company announced version 1.0 of the app, officially releasing it on the App Store. It’s been a pretty long road to get to this point – the iPad version of Photoshop was first revealed in October 2018 and went into testing back in May 2019. It’s been in testing for the last half-year, so Adobe certainly put the app through its paces before launching it.

The idea, of course, is to bring Photoshop to iPad while losing little in the jump between platforms, but it’s going to take a while to realize that goal. The company made it clear today that this is merely the beginning for Photoshop on iPad, noting that version 1.0 is “focused on compositing, basic retouching, and masking,” as these are tasks that most Photoshop users will need to carry out regardless of the projects they’re working on.

Adobe will continue to build out Photoshop on iPad from here, but it sounds like it could be a while before the iPad version is as fleshed out as the desktop version. For now, Photoshop on iPad is capable of exporting to PNG, JPEG, PSD, and TIFF, though Adobe assures that more features will be added to the app with a “regular cadence,” once MAX 2019 wraps up. 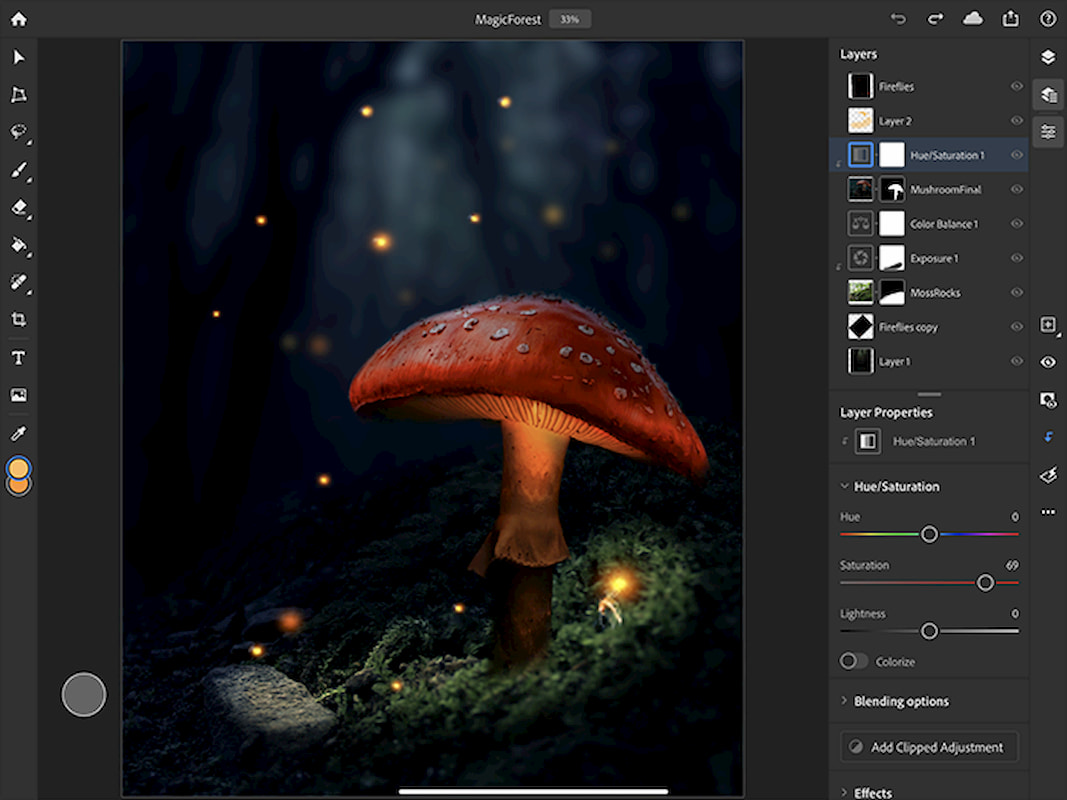 To go along with the release of Photoshop on iPad, Adobe is also rolling out a new feature named cloud documents in a number of its apps, including Photoshop on both desktop and laptop, Fresco, and Aero. With cloud documents, you can sync your projects across apps, meaning you won’t need to export files from an app like Photoshop on desktop before you can continue working on them in Photoshop for iPad. Instead, you’ll be able to access your PSD files from the home screens of the apps listed above, open them, and continue working on them across apps and devices.

Adobe says that those who have been using Adobe XD will already be familiar with cloud documents, as this implementation is similar to the one found in XD. Changes you make to PSD files will be automatically saved to the cloud, though if you’re not looking to upload your PSDs, you’ll have the option of saving them locally in Photoshop on desktop. One thing to note is that cloud documents will count toward your Creative Cloud storage, so keep that in mind if you’re the type to keep multiple work-in-progress projects going at once.

We’ll see how quickly Adobe can bring the iPad version of Photoshop up to par with the desktop version (which is getting its own update at MAX 2019), but since the two apps are using the same code base, jumping between the two should at least be relatively easy for users. You can find Photoshop for iPad today on the App Store.