Modern LCD monitors can look really beautiful. You might think that yours is perfect, with all the right colors showing just as brightly as any other. However, it only takes one glance at a better panel for you to realize that you’ve actually been staring at muted, washed-out colors. Well Philips believes that they have the solution for making the perfect monitor, in the form of quantum dots.

Their latest monitor, the 276E, is what they’re describing as the world’s first quantum dot monitor. I’ve been testing one out for a little while, and today it’s time to share my thoughts. However before we dive into the review, there’s a question that needs answered. What are quantum dots?

The Color IQ quantum dots are a technology from a company called QD Vision. And the idea is that these dots can reproduce the most faithful colors, without breaking the bank. The dots are made of a solid state semiconductor material, which have unique light emitting properties that can reproduce near-perfect colors. These dots are packaged into a hermetically sealed glass tube, and then placed into the backlight system of an LCD display. When the blue light from the panel’s LEDs pass through this element, the red and green quantum dots combine with it to achieve a very specific color spectrum. In the case of Philips’ newest screen, they have opted to use the technology to use the Adobe RGB color space.

If you’re still a little fuzzy on the tech side, you can check out the video below, which helps explain things:

The 276E is a 27-inch, 1080p monitor that runs at 60 Hz. When you get it out of the box, you’ll just need to attach the metal base to the monitor. The base is solid, and went on rather easily. When looking directly at the monitor, you’ll find a set of touch-enabled controls on the bottom right of the panel. These are angled just enough to be easy to find, but also nearly unnoticeable unless you’re actually looking for them.

Around back are your usual suspects, as far as input goes. It has one each of the following: HDMI (MHL-compatable), DVI-D, VGA, and 1/8″ audio jack. You’ll also find the power input, which like most newer screens, consists of a power brick, to preserve size of the monitor. The real disappointment on the back is the lack of a VESA mount. Without one, you’re limited to the minor adjustments that you can make with the stand. 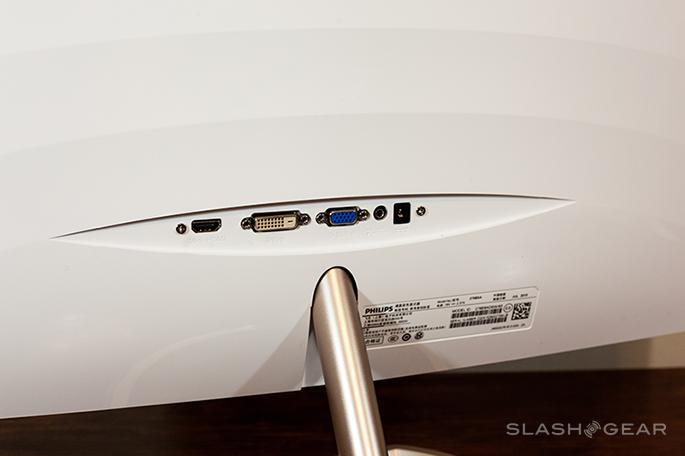 Once I fired up the monitor for the first time, I got to see those quantum dots come to life. I immediately noticed a difference in how vivid all of the colors looked. My office setup has one IPS monitor that sits between two older TN panels that I’ve had around for years. With an IPS sitting right next to a TN panel, it’s easy to see how superior the IPS one is. The colors are brighter and more crisp, while the blacks are much darker.

When I put the Philips 276E next to one of my IPS panels, I experienced a very similar effect. My trusty IPS panel now suddenly looked far less appealing that it normally does. Comparing the same image on both screens really showed how much more vivid the reds and blues were in this monitor, when compared to a panel that I had always thought was pretty great in the color department.

For those that aren’t happy with the stock settings, Philips does give you some options to play with. They have what they call “SmartImage Lite” which can dynamically alter the contrast, color saturation, and sharpness of the image, based on what it’s displaying. They also offer plenty of fine-tuning controls for adjusting individual colors, brightness, and more. 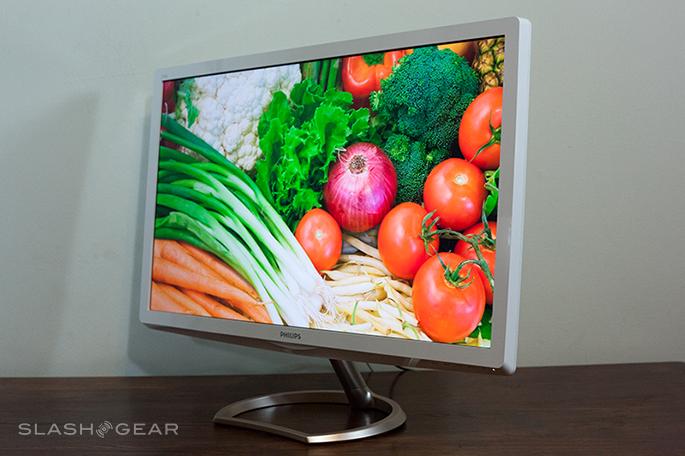 I found the viewing angle on the monitor to be wonderful, with little detail lost at even the most extreme angles. This is nice for those times when you’re using a monitor to watch a video, and you might not be sitting directly in front of it, or when you have someone else looking at the screen, while they’re standing next to you.

If you’re just using your monitor for everyday activities like browsing the internet, typing up documents, and watching the occasional video, then this monitor might not be all that interesting to you. After all, most IPS monitors do a pretty good job of representing color. However, if you do work with photography or video production, then this is something worth looking into.

The fact that this monitor can reproduce 99% of the AdobeRGB spectrum means that you’re going to be hard-pressed to beat it, in terms of sheer color reproduction. You’ll still need to calibrate it if you want the colors to be exact, but once you do, you’ll be set. What’s really remarkable about the 276E is the price. The MSRP on this monitor is a mere $299. 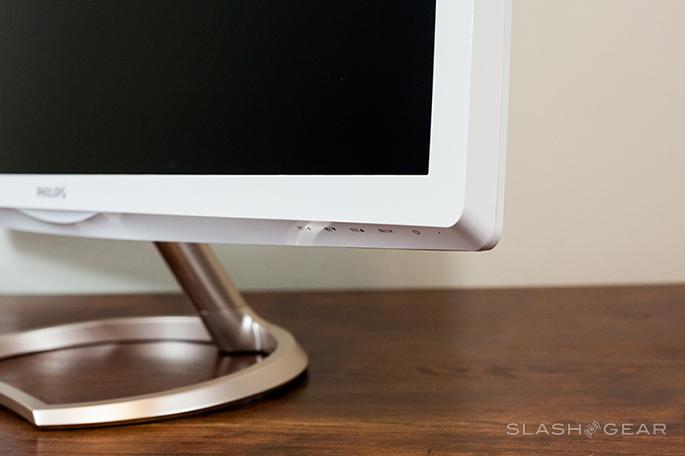 You might think that $299 for a 27-inch 1080p IPS monitor isn’t exactly a steal. However, you’ll be hard-pressed to find a monitor that provides such faithful colors at this size, for this price.

Overall, I was impressed with the colors represented by the quantum dots that the 276E provided. My only real disappointment comes from the size and resolution. Personally, I think that 27-inch monitors are too big for 1080p resolutions. The dot pitch is significantly larger than on say, a 23-inch screen. If this doesn’t bother you, and you’re looking for a monitor to faithfully represent the colors for your photography or video work, I’d say that the Philips 276E is a good choice.