So, naturally, with the Nintendo Switch and Super Smash Bros. Ultimate, Nintendo announced that it’ll be bringing GameCube support forward once again. A controller that first appeared nearly 20 years ago is still supported on current-generation hardware. Regardless of you feelings on the controller itself, that’s pretty neat.

While Super Smash Bros. Ultimate plays just fine with the standard Switch Pro Controller or even a pair of Joy-Cons, those of you who love the GameCube can continue to stick by it with this game. Almost as soon as Nintendo announced this support for the Switch, several companies revealed their own Switch-compatible GameCube controllers, including Nintendo itself. 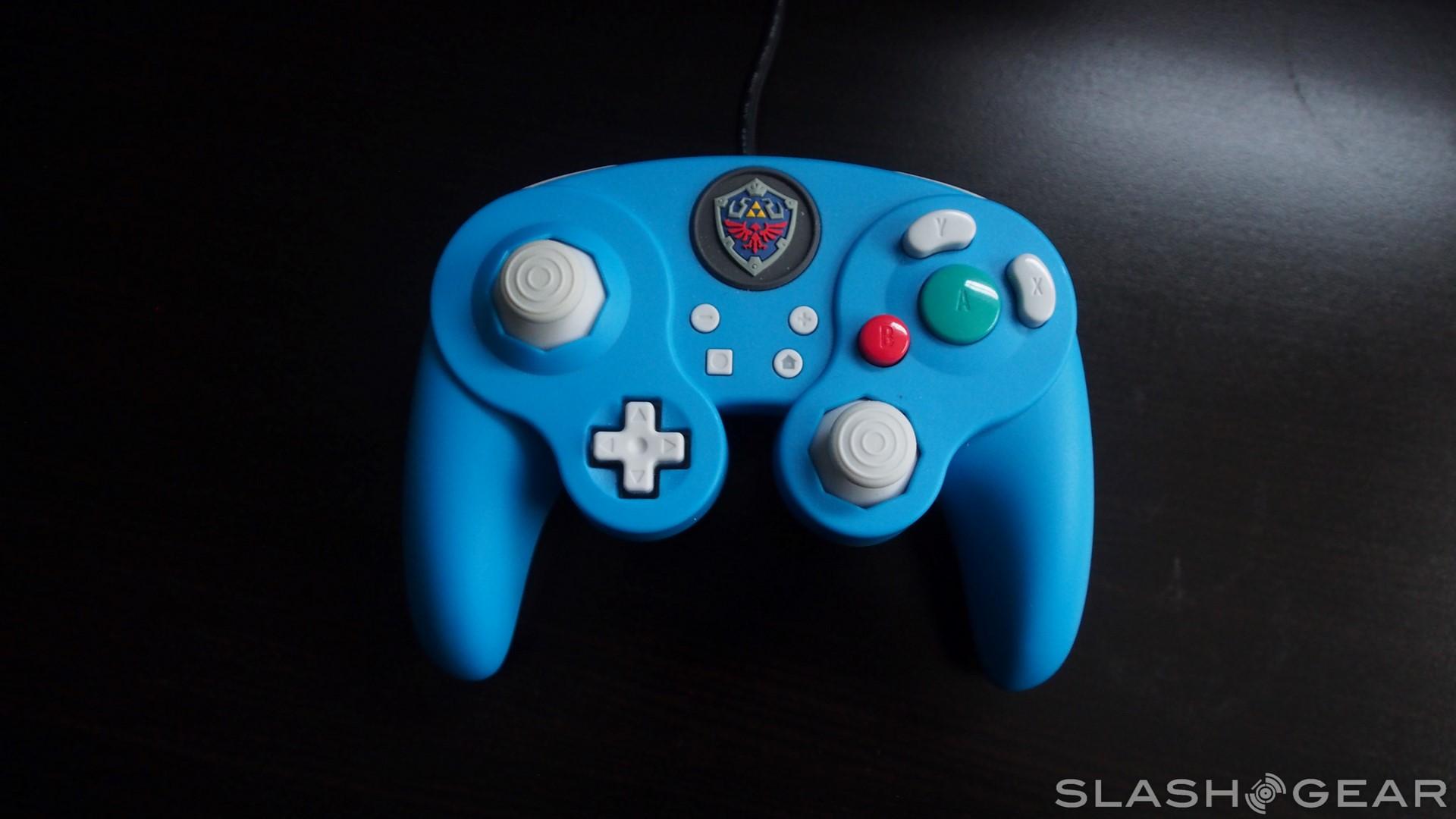 The with problem first-party Nintendo products is that they’re inevitably expensive. Nintendo’s own controller for the Switch runs $30, but since it uses the GameCube’s proprietary (read: non-USB) connector, you’ll also need to buy an adapter to actually use it with your Switch, which costs another $20. Granted, you only need one adapter since it has four controller ports, but regardless, $50 is the amount you need to pay to get going with what Nintendo has to offer.

Enter PDP, which has a (licensed) GameCube controller of its own. Officially dubbed Fight Pads, these new controllers for the Switch continue a line that PDP started back in the days of the Wii/Wii U. This time around, the company ditched the Wii Remote connectors (obviously) and has outfitted these controllers with good old USB. That means no need to buy a separate hub, and at $25 each, they’re less expensive than Nintendo’s controller right out of the gate. 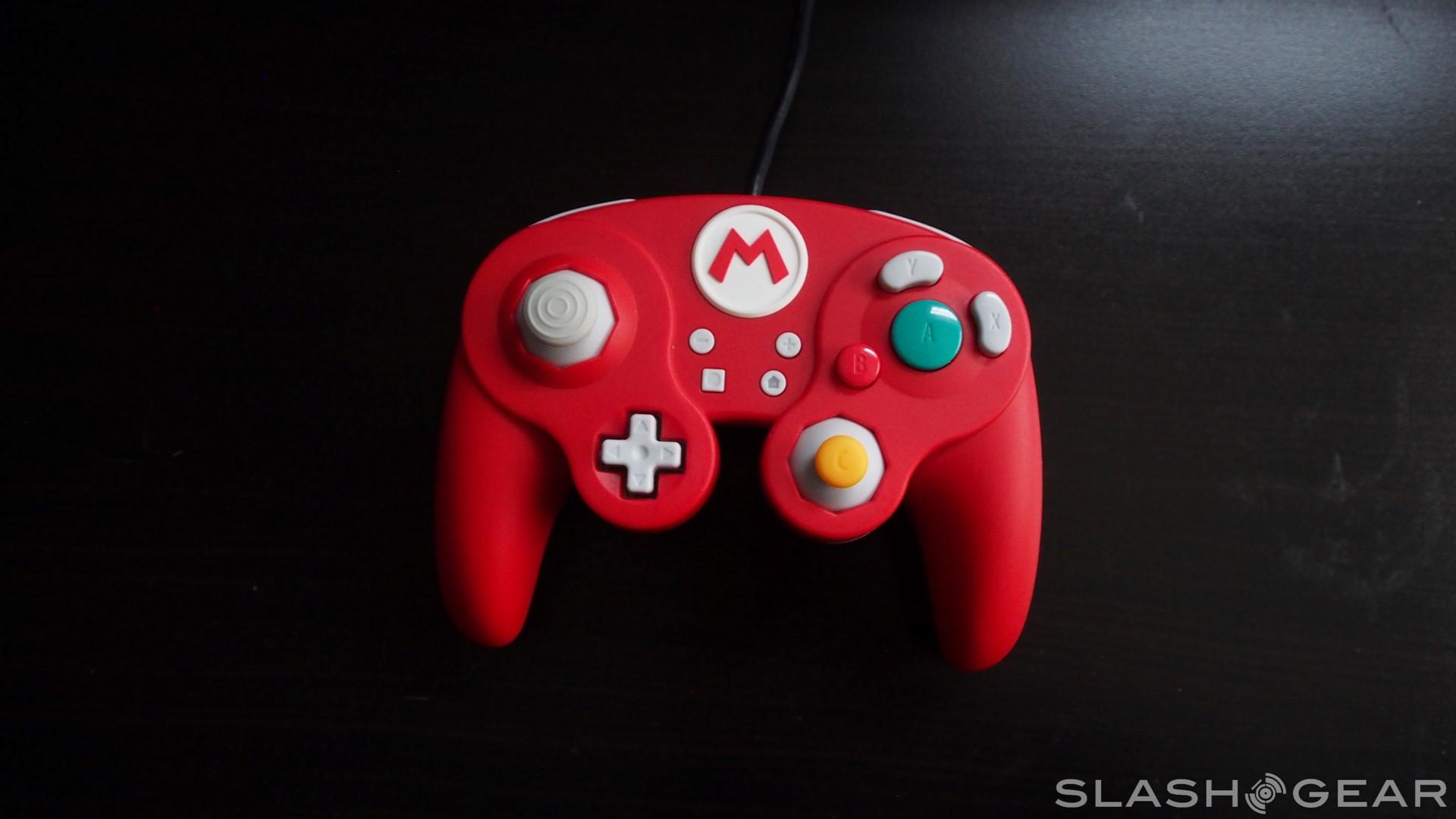 With any third-party controllers, we’re looking for a good balance of quality and price. We definitely don’t want third-party controllers to be as expensive as first-party ones, but generally, we also want the degree of replication to be as high as possible. It’s arguably unfair that we expect that much, and it results in a fine line for manufacturers to walk.

I think PDP fares pretty well in that regard. It’s been a little while since I’ve actually held a GameCube controller, but right away I could tell that PDP’s Fight Pad didn’t fit in my hands in exactly the same way. It feels like the handles have a slightly shallower curve than the original GameCube controller’s, but I can’t really say that for sure. In any case, the difference is minor, and it’s quickly forgotten as you begin to play. 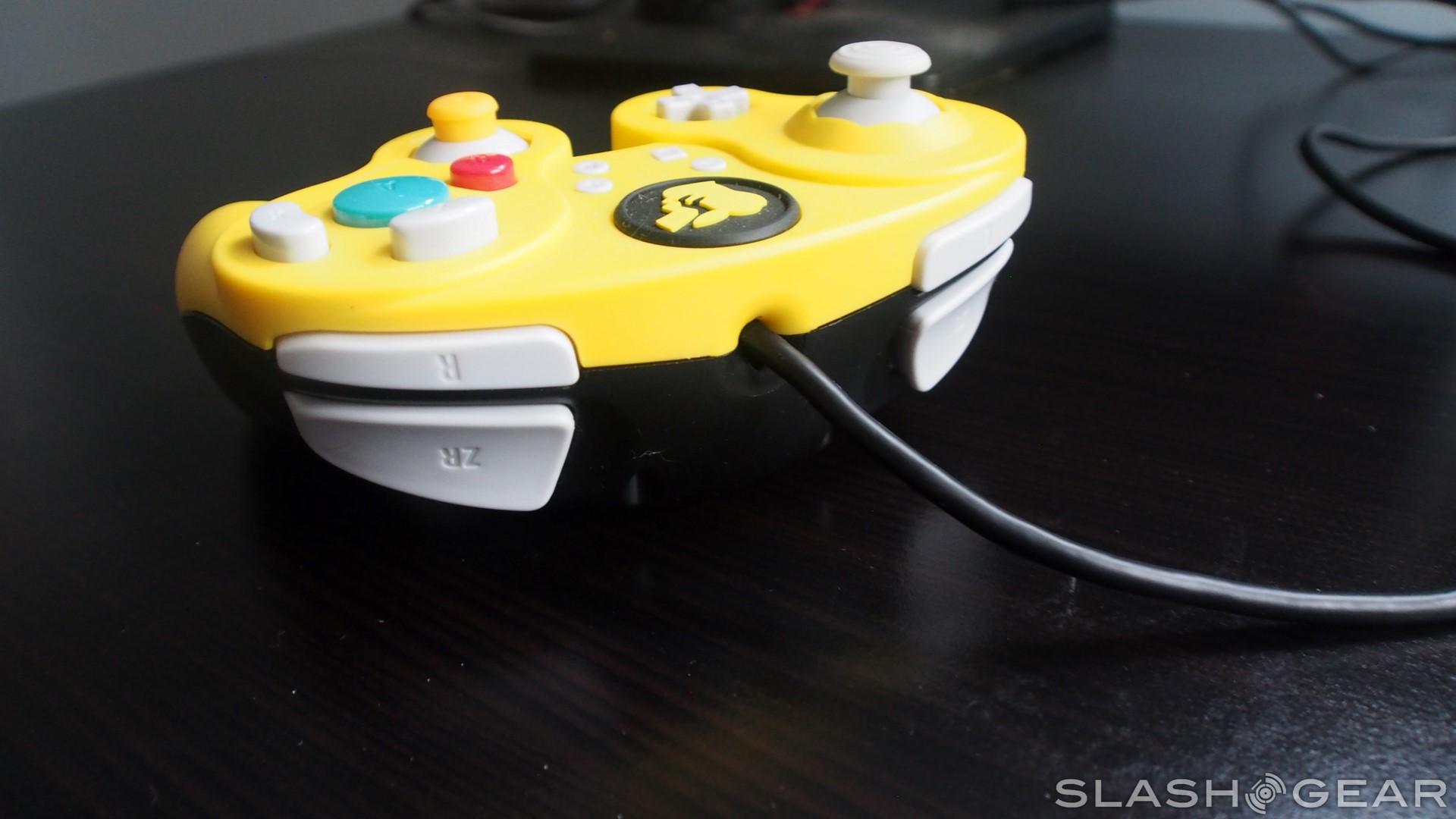 One difference that will stick out to most GameCube veterans are the two additional shoulder buttons on either side of the device and triggers that feel very different from their Nintendo-made counterparts. While the triggers on the original GameCube controller had a deep curve to them, these triggers are much flatter and longer. The distinctive clack is missing from the Fight Pads as well, which doesn’t matter in a practical sense but is kind of a bummer nonetheless.

Other than those differences though, the Fight Pad is very similar to Nintendo’s own GameCube controller. Button layout is pretty much spot on, just as you’d expect. The thumbsticks feel great and the buttons have a good feeling to them. The controllers themselves feel nice and sturdy, as if they can stand up to a lot of late nights playing Super Smash Bros. 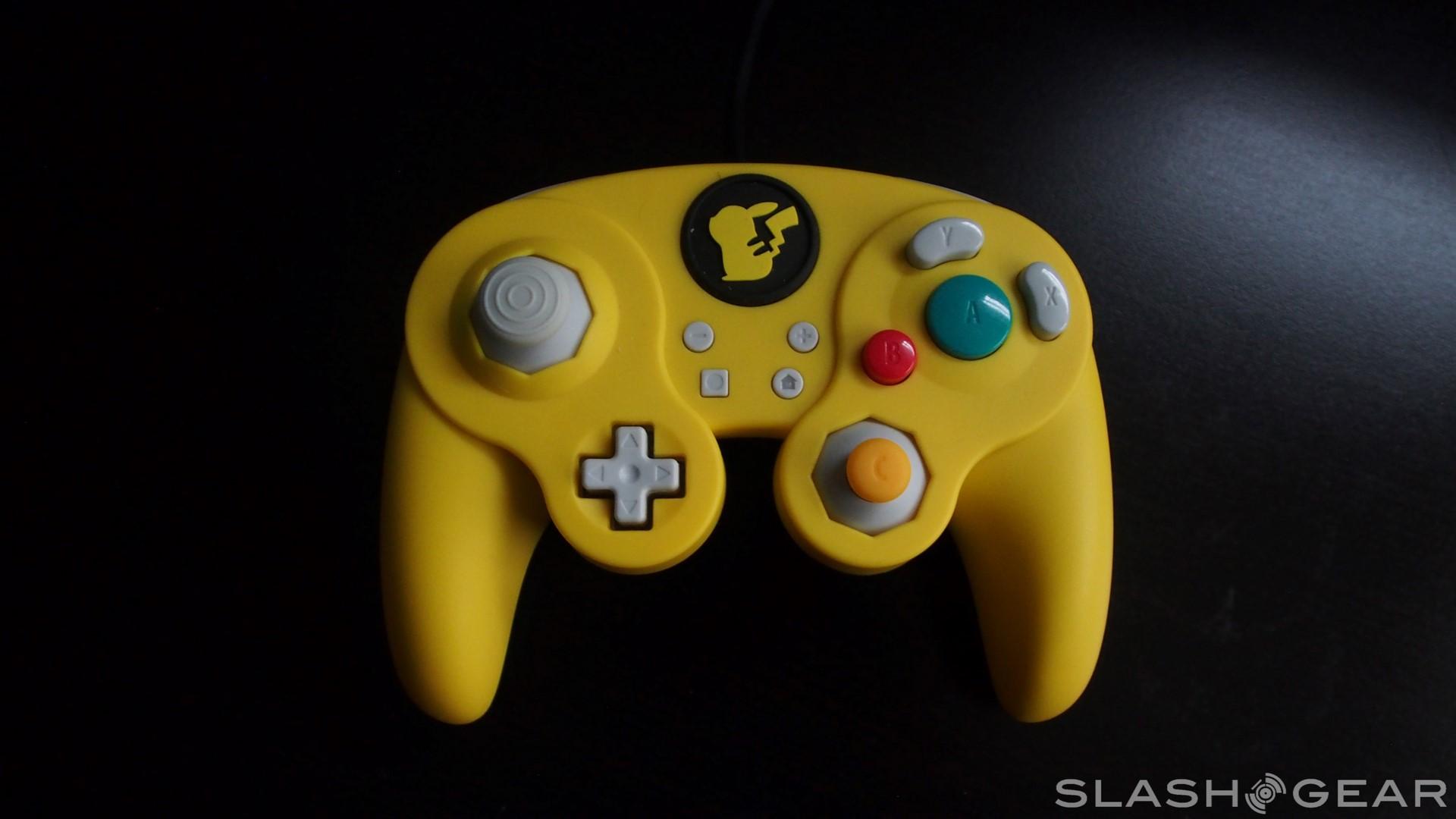 Aesthetically, they look very similar to original GameCube controllers, save for a few key additions. There are three different Fight Pads for the Switch, each with its own theme. There’s a yellow Pikachu one, a red Mario one, and blue Zelda one. On all of them, the original GameCube branding that used to be in the center of the controller above the start button has been replaced with emblems that match their theme – we’ve got the distinctive Mario “M”, the Hylian shield, and a silhouette of that charming little electric mouse.

To ensure mostly complete Switch functionality, PDP has replaced the start button with plus and minus buttons, as well as adding screenshot and home buttons. Essentially, what we have is a GameCube-shaped Pro Controller, with one key difference: no amiibo support. That is the one major drawback of the Fight Pads – if you want to use amiibo with Super Smash Bros. Ultimate, you’ll need to scan them on a Joy-Con or a Pro Controller. 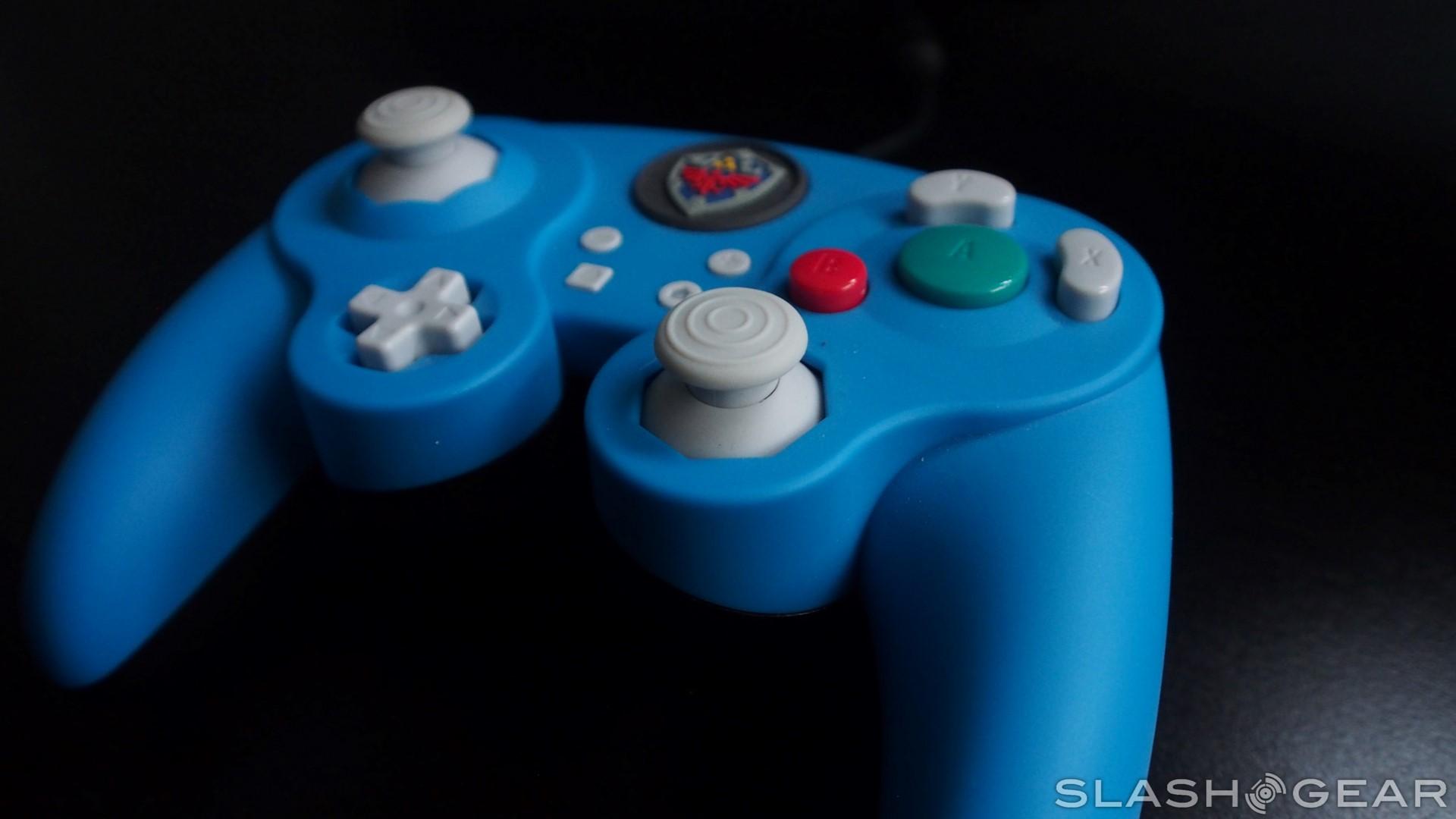 One neat feature of the Fight Pad is the ability to swap out the traditional C-stick with a second control stick. The process is quick and painless – just pull out the end of the C-stick and snap the control stick in its place. I expect most Smash veterans to keep the original C-stick firmly in its spot, but to someone who never cared for it much back when the GameCube was the console to have (was it ever the console to have, or was that the PlayStation 2?), I appreciate the ability to replace it with something that’s actually useful.

It’s worth pointing out that these controllers are corded, but those cords clock in in at 10 feet long. I had no problem sitting across the living room from my Switch and using these thanks to that cord length, but one potential problem with their wired-only design is that the Switch only has three USB ports. When I had a group of friends over to help me test them out, one of us had to to use the Switch Pro Controller because we simply didn’t have enough USB ports on the console itself.

Obviously, the fact that the Switch ships with three USB ports and not four isn’t PDP’s fault, but even if it costs the end user extra cash, it would be nice to see the company release a wireless version of these gamepads. Even if that pushes the price up to $40 or $45, I think these controllers would still be worth it given how closely they emulate the standard GameCube controller.

So, in the end, we have a trio of third-party GameCube controllers that accomplish what they set out to do quite well. There are some obvious differences between the Fight Pad and the original GameCube gamepad, but I don’t think any of them are particularly glaring. Even if the Fight Pad feels a little weird when you first start using it, it quickly begins to feel just fine in the hand. 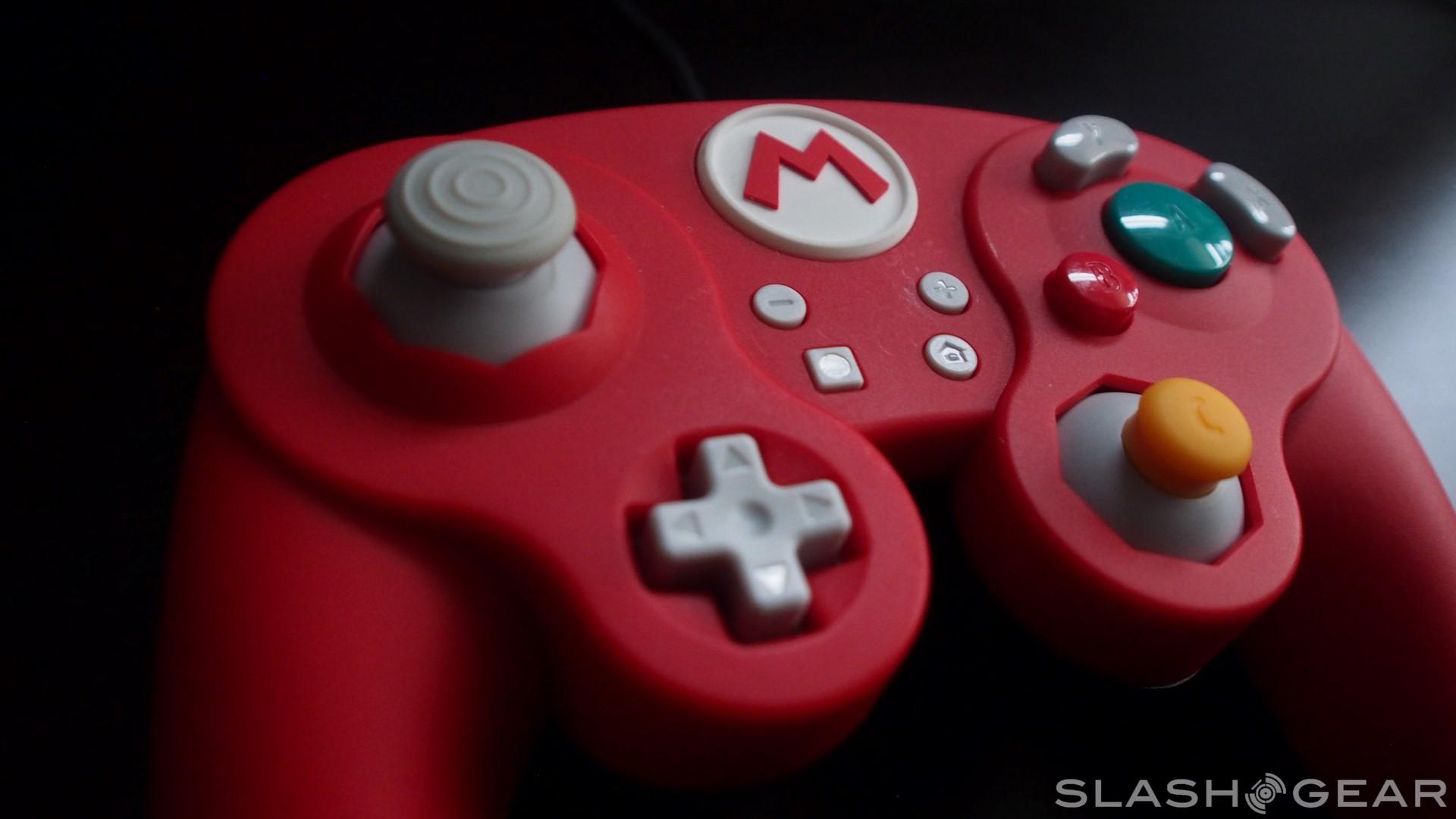 No amiibo support is disappointing, but I think if PDP had included it, the end result would have been a controller that costs more than $25. The same is true for wireless functionality – it would have been nice to have it, but for as little as this controller costs, the 10-foot cable gets the job done just fine.

I don’t really have any major complaints about the PDP Fight Pad. I think if you’ve got a Melee-obsessed group that’s going to get together and play Ultimate regularly, picking up a couple of these wouldn’t be a bad idea at all. Overall, these are definitely easy recommendations to anyone looking to play Super Smash Bros. Ultimate in classic fashion.