Parrot Drones gen-2: hands-on with the next Sumo and Spider

Parrot has sent out their drones in the sky and on the ground to capture the audience’s attention at CES. Flying gracefully in the air and roughing it on the ground has stirred up a crowd that shows strong interest in the prototype drones. Parrot’s success with drones started back in 2010 with the AR.Drone, then branching out from flying models to other form factors. It’s those which come in for attention here at CES, with a range of upgrades that includes a beast that does off-road droning.

The Jumping Sumo rolled on the floor taking on its original form and showing off its newest feature, bright flashing headlights. The LED lights are extremely bright, sharp, and adjustable. The improvement was to suggest that you can now roam around in dim lit areas while keeping the streaming footage bright. The Jumping Sumo is in its prototype stage as of now, and should be seeing additional changes and improvements in its original chassis.

If you already own one of these mini beasts, you know it’s fun. With a successful hit on the original chassis, the new drone has a lot to fulfill if they plan on capturing consumers attention. Its expected that the stronger, faster drone is to release in 2015. 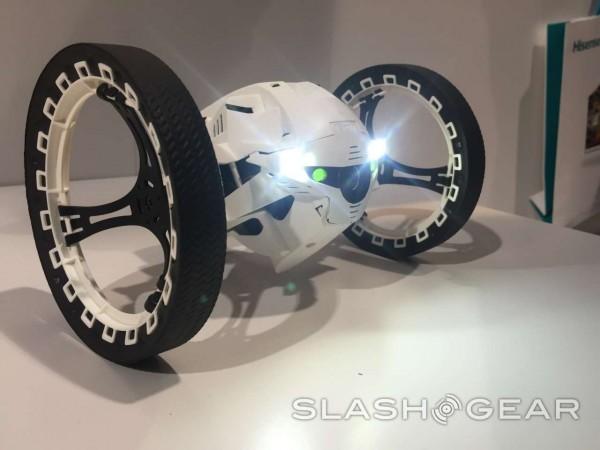 Always greener on the other side is not necessarily the case with the Jumping Sumo. Parrot has created an aggressive, intimidating drone that knocks out its original form. The Jumping Sumo is morphing into a rugged off road drone and it’s enjoying the changes. Rocking large polystyrene off road wheels, the evolutionary drone can romp different types of terrain and not just based off aesthitcs.

Equipped with a new spine system is what makes this drone stand out from its predecessor, allowing higher stabilization and traction control. The bigger badder beast is in prototype stages and will be seeing more upgrades in the future. Expected to release in 2015 with no definitive date. 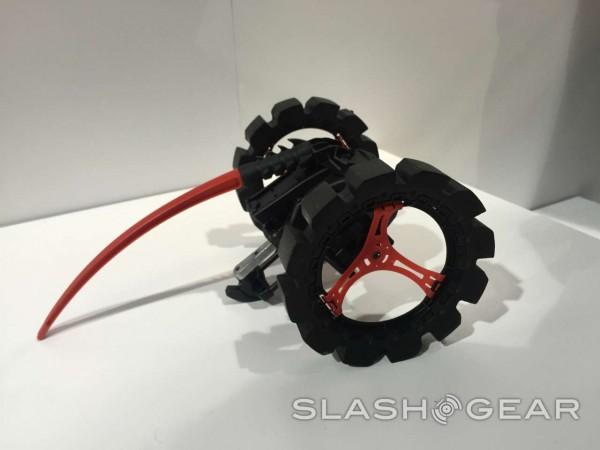 Rolling around the floor is a hybrid monster that mastered flying lessons and ground fighting when it was just a youngster. The Rolling Spider is evolving and has developed headlights as well. Helping you navigate through the sky with bright white LED lights, the flying drone is in prototype stages and Parrot says it’ll be seeing much more of an upgrade in terms of software and hardware.

Release date is aimed for 2015 with no specific time slot. The mini monster is operated via Bluetooth and can be used with or without the largely oversized wheels.

Seeing that Parrot has various models of drones, we can’t wait to see what new stages of development the prototype drones have in store. Drones weren’t in short supply at CES, but the majority of models still catered to professionals or high end enthusiasts. Parrot’s strategy of bringing some of those features seem to work for the company so far. 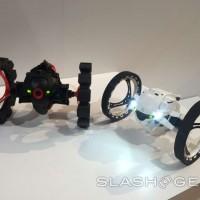 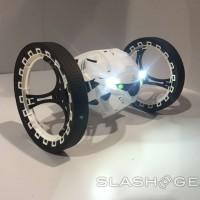 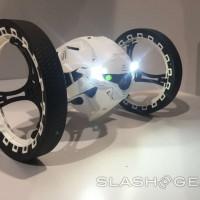 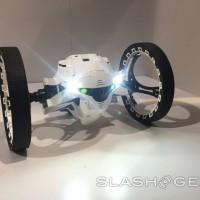 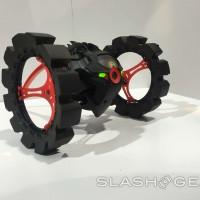 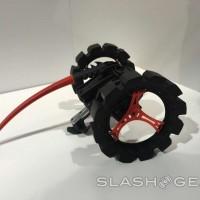 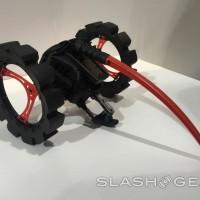 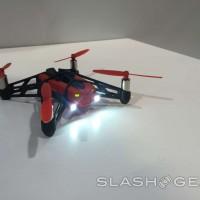 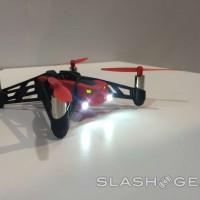 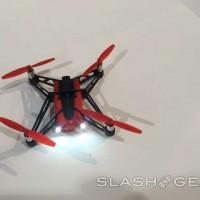 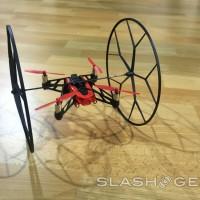