The most famous of all the dinosaurs is the Tyrannosaurus rex or T-rex. Virginia Tech paleontologist Sterling Nesbitt discovered the fossilized remains of a relative to the T-rex when he was 16-years-old and participating in a dig expedition in New Mexico in 1998. Nesbitt is now an assistant professor in the Department of Geosciences at Virginia Tech.

The dinosaur has been named Suskityrannus hazelae and was much smaller than the T-rex standing about 3-feet tall at the hip and about 9-feet in overall length. That would make the dino a bit longer than the skull of the T-rex.

The scientists think that the new dino weighed between 45 and 90 pounds and is believed to have hunted small animals. The dino fossils found by Nesbitt years ago are believed to be from a specimen that was about three years old when it died. The fossils of the dinosaur dates back 92 million years to the Cretaceous period.

The team says that the Suskityrannus is a glimpse at the evolution of tyrannosaurs before they evolved to take over the planet. The specimen is part of the dino fauna that just precedes the iconic dinosaur faunas that most are familiar with including massive creatures like the T-rex, Triceratops, and Edmotosaurus. 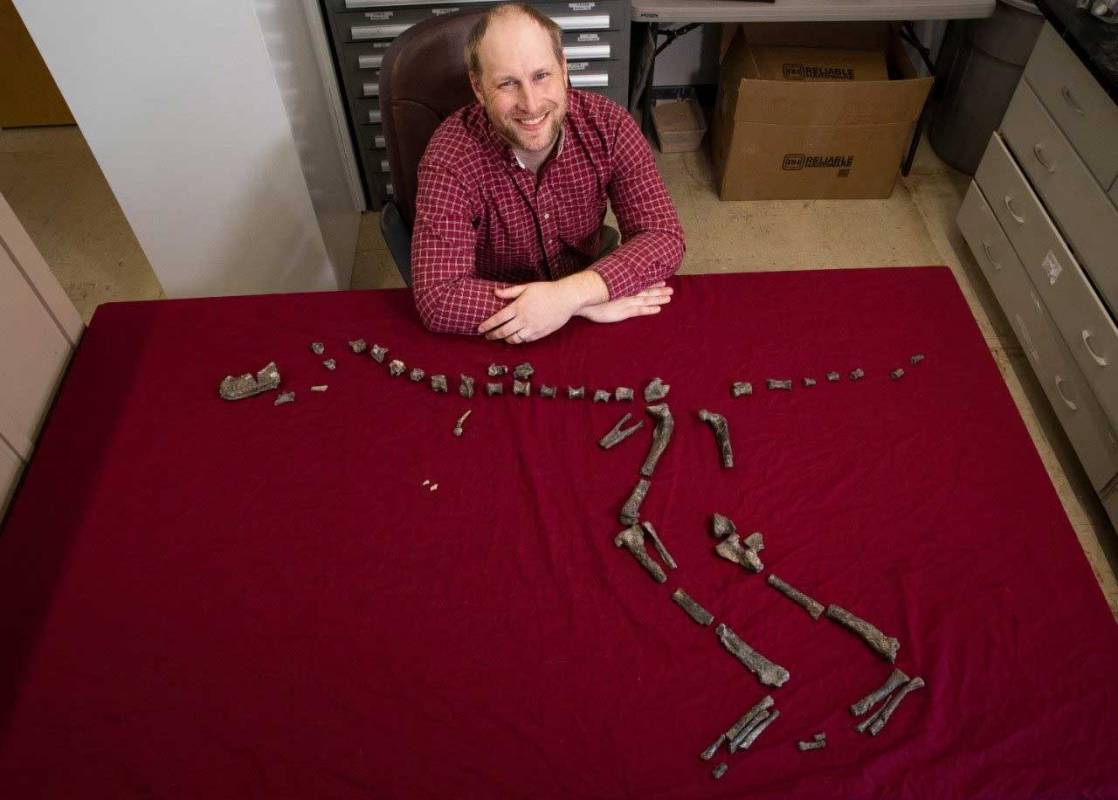 The dino fossil that Nesbitt found is of an incomplete skeleton. The team has no idea if Suskityrannus has the tiny arms of the T-rex. No arm fossils were found for either known Suskityrannus specimen, but partial hand claws were found. Those were said to be small, and it’s unclear if the Suskityrannus had two or three fingers. Interestingly, when the dino was first found the team believed it was the remains of a Velociraptor or one of its kin.