Overwatch’s incoming Role Queue will be a massive change

Overwatch turned three years old back in May, and over the past three years, the metagame has shifted a few times. It won’t be long, however, before Blizzard begins forcing team compositions on In Quick Play and Competitive, today announcing that both game modes will soon be subject to a Role Queue. In these new queues, players will be asked to pick one of three roles before they queue up and then they’ll be placed onto teams with two tanks, two damage dealers, and two supports.

If you picked damage when you queued up, you’ll only be able to select from damage dealers when you enter the match. Each role will be split into different queues, each with different MMRs, rankings, and queue times. You’ll need to complete five placement games for each of the three roles at the beginning of a season, and there will be incentives such as free loot boxes for high demand roles to help ensure an even distribution of players.

In a blog post today, Blizzard says that the Role Queue should make matches “feel fairer and more fun,” since it’ll take a lot of stress out of the character selection process at the beginning of each match. At the end of the season, you’ll receive competitive points for your rankings in each role, so if you get ranked in all three, you can potentially earn more CP than what you would have under the current ranking system. 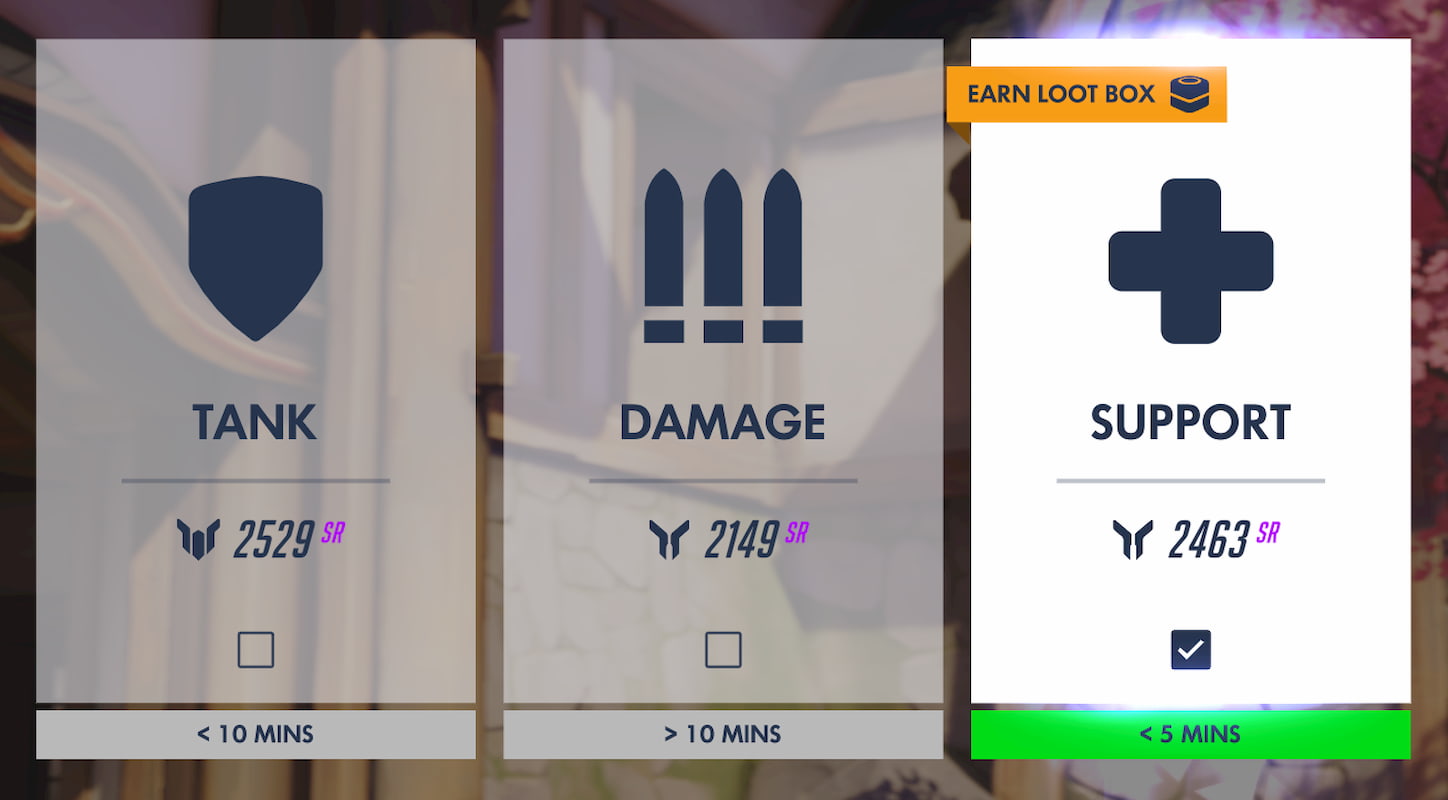 If you don’t want to be forced into the Role Queue, you’ll still have options to play without it, but you’ll need to head into the arcade to do so. Even pro play in the Overwatch League will be subject to this 2-2-2 role lock, beginning when Stage 4 starts on July 25th.

For more on Role Queue, you can watch the video embedded above for an in-depth explainer from Overwatch director Jeff Kaplan. Role Queue is shipping alongside a big balance patch, since Blizzard wants to make sure that each hero is viable, and you can read about all of the changes over on the Battle.net forums. What do you think of Overwatch‘s incoming Role Queue? Head down to the comments section and let us know!