Porsche has been testing an innovative new product with a 3D printed bodyform full bucket seat. Seats have been tested with customers that have provided feedback to the sports car manufacturer, allowing them to go into production. The customized seats are available as part of the new Performance Parts offering from Porsche Tequipment.

The seat can be fitted into various Boxster, Cayman, and 911 models starting from February 2022 and on. It will be available as Porsche Exclusive Manufaktur as a standard feature. It will be integrated into the Porsche Car Configurator in February. The seat has a unique look in the central section, including parts of the cushion and backrest surfaces, are produced using a 3D printer, and are offered in three rigidity grades.

With three different rigidity grades, customers can choose the grade best suited to their needs. Poor says the seats provide slightly lower seat position and improved thigh support similar to what you get in a racing car. Seats also have integrated passive ventilation. Porsche also notes that compared to normal bucket seats, the new seat is eight percent lighter.

As you might imagine, fully custom seats aren’t cheap, with a price per seat of €2677.50. While they’re available for both the driver and passenger, not all Porsche models can utilize the passenger seat. Vehicles that can use the new custom seat in both driver and passenger position include the 981 Boxster and Cayman, 911 (991), and 718 Boxster, Cayman and 982 produced up to and including week 47 of 2020. 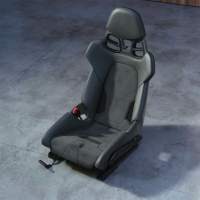 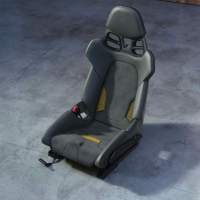 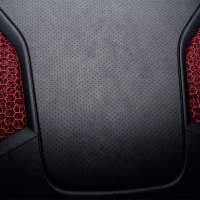 Boxster, Cayman, and 982 models produced from week 48 2020 can only use the driver seat. 911 (992) cars can only utilize a custom driver seat. Customers can choose from black, guards red, and racing yellow for design elements. Porsche will add arctic grey, ultramarine, and shark blue in February.