There was a time in the past when owning a phone from a Chinese phone meant holding an iPhone clone. These days, you’d be hard-pressed to find such a phone from a reputable brand as these companies started branching out with their own identities and, more importantly, their own innovations. In fact, many of the trends in the mobile market today don’t come from Samsung or Apple but from the likes of Xiaomi, Vivo, and OPPO. The latter is particularly known for its fast-charging technologies and the latest OPPO Reno Ace brings all of the company’s best parts in one accessible package.

The OPPO Reno Ace is almost unassuming in its design. At first glance, it almost looks like any other high-end smartphone with a gradient glass back if not for its self-imposed obsession with symmetry. From the first Reno to the latest Reno Ace, the line has always placed its rear cameras down the middle when almost everyone seems to want to shove them off to a corner.

That symmetry is also reflected on the front where, for the first time, OPPO has opted out of the “bubblegum stick”, a.k.a. “shark’s fin”, popup camera. That is presumably to make space for the larger battery, a compromise few would probably mind. The small waterdrop notch admittedly does little to tarnish the almost bezel-free beauty of the Reno Ace’s face and, thanks to the human brain’s ability to ignore persistent visual cues, it becomes almost invisible after prolonged use. 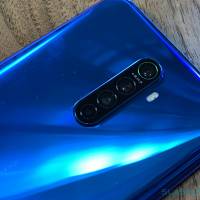 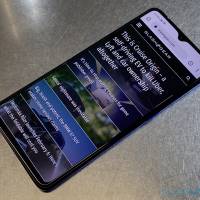 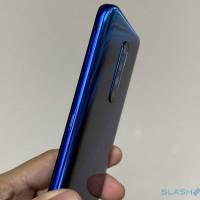 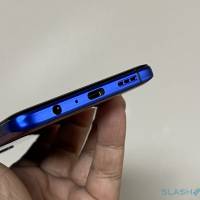 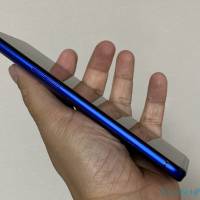 Perhaps the only flaw in the OPPO Reno Ace’s design isn’t one that’s seen but rather felt. At 200 grams, it is one of the heavier “normal” phones in the market. Considering how densely packed it is inside and the large battery that it’s hiding, that doesn’t exactly come as a surprise. Fortunately, it’s not heavy enough to be uncomfortable, just something our hands are no longer used to these days.

These days, specs are almost the most boring parts you’d hear about smartphones. Taken in isolation, the Reno Ace’s list is no different. In context, however, it reveals OPPO’s phone to be a gaming smartphone that doesn’t look like one. A stealth gaming smartphone if there ever was one.

The Reno Ace is one of the few phones that took advantage of Qualcomm’s “half upgraded” Snapdragon 855+. This particular mobile platform was designed especially to support gaming scenarios. It doesn’t exactly blow the competition out of the water as far as raw benchmarks go, especially considering OPPO seemingly dialed it down when running under normal circumstances. Its GameBoost 2.0 might remove those limits but even its bare performance, when paired with 8 or 12 GB of RAM and UFS 3.0 storage, is enough to compete in the big boys’ court. 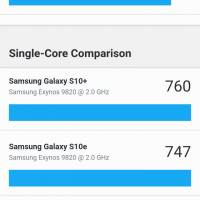 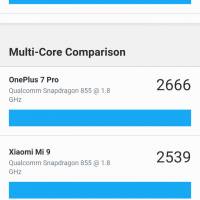 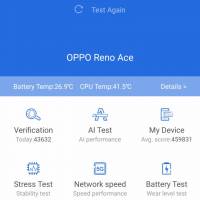 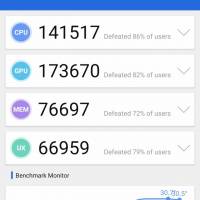 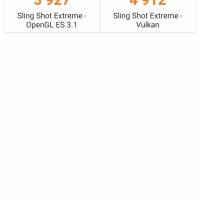 And it’s not just the raw performance either. The Reno Ace’s other features all play a part in making it game-worthy without looking like an LED party. The composite fiber cooling helps keep the phone from throttling too soon while a 4D vibration motor tries to give that rumbling feel in your hands. The stereo speakers, combining the bottom speaker and the nearly-invisible ear speaker, activate when held in a land orientation, like when gaming or watching videos. And, of course, there’s the battery and the screen, which we’ll get to after a short diversion. In the meantime, here are some of those juicy specs:

These days, manufacturers play up their phones’ camera capabilities much more than any other feature. In fact, the OPPO Reno line was born from such a photography focus that it makes the OPPO Reno Ace seem almost plain. That’s not to say the phone has terrible cameras. In fact, they are quite good for what they are. They just won’t stand out from the Reno Ace’s peers or even its OPPO cousins. 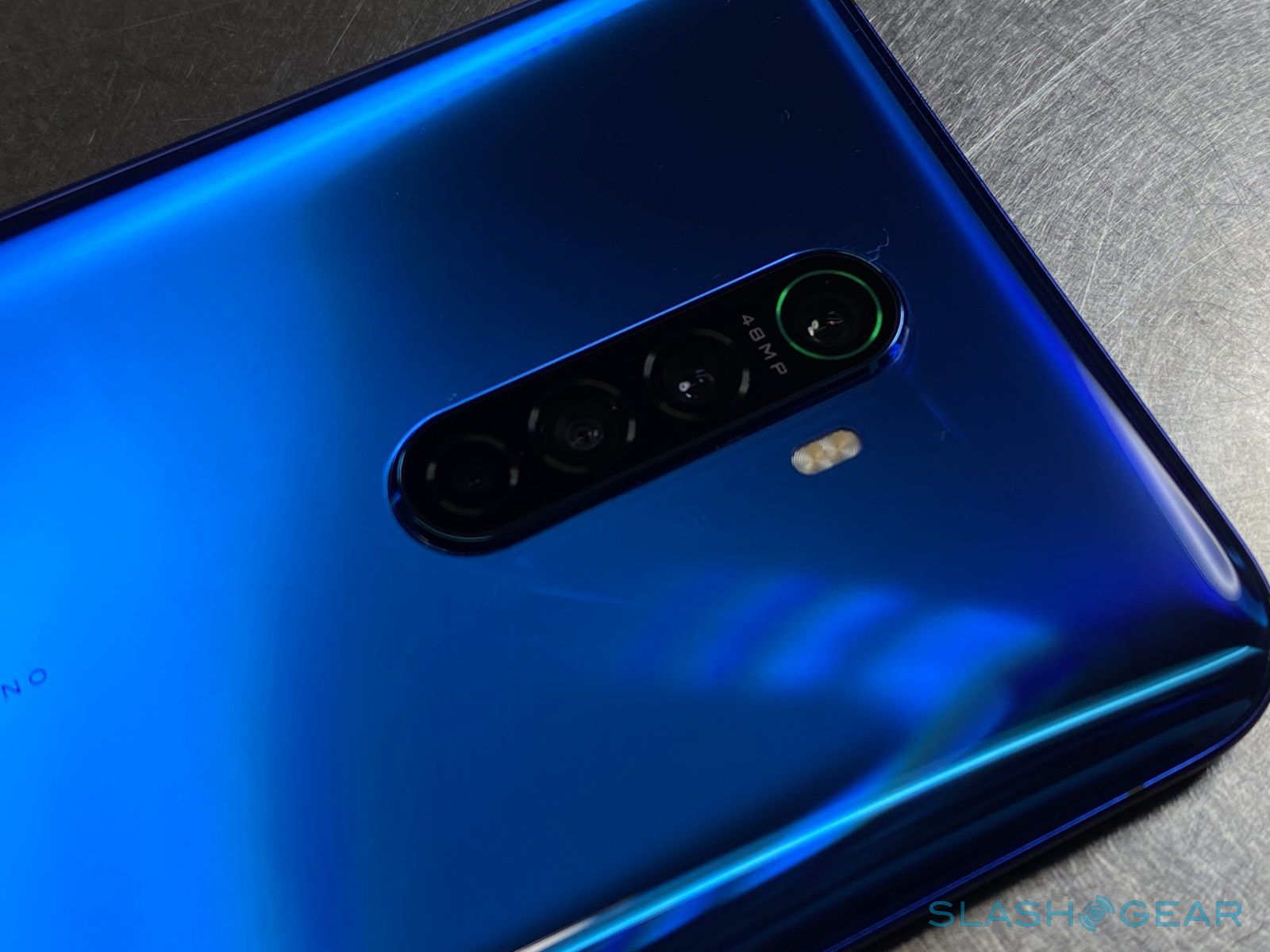 The 48 megapixel main camera is one generation short of the 64 megapixel sensor found on many of the Chinese flagships but it gets the job done well enough. Pixel binning means that the Quad-Bayer sensor defaults to taking 12 megapixel images with richer detail, though sometimes at the expense of added noise. In fact, setting the camera to take a full 48 megapixel photo will result in a lower quality image that may be good only for zooming in on certain areas. 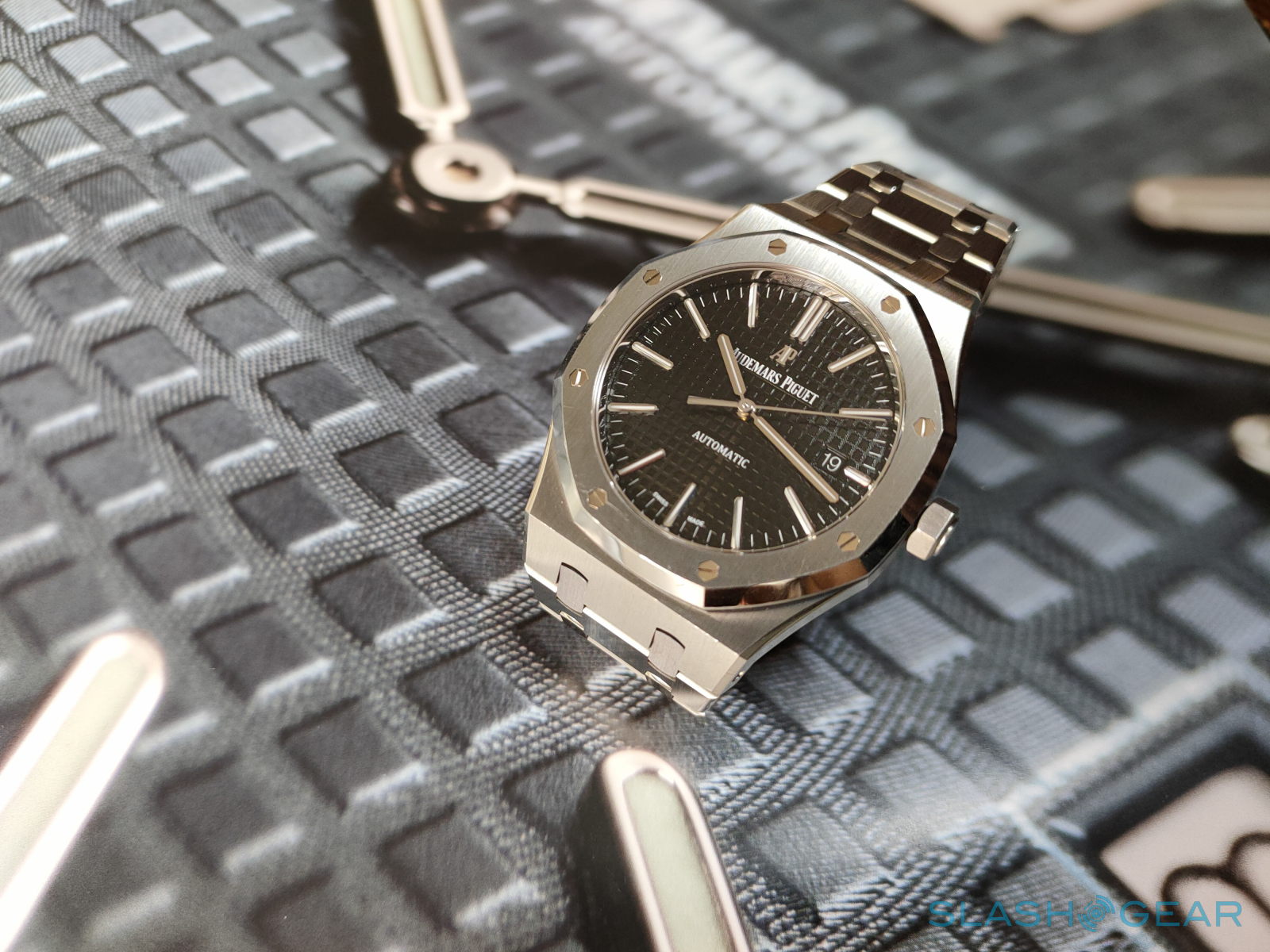 That main camera is joined by a 13 megapixel telephoto camera and an 8 megapixel ultra-wide-angle shooter. The OPPO Reno Ace shifts between these three sensors, depending on the setting or lighting situation, sometimes beyond the direct control of the user. Zooming in when in night mode, for example, might switch to the main camera depending on the amount of light available. There’s also a 2 megapixel monochrome camera for added depth data. 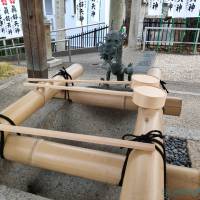 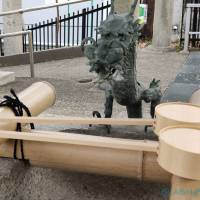 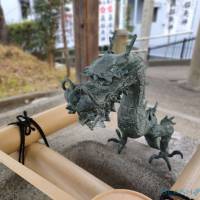 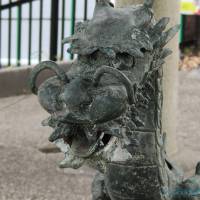 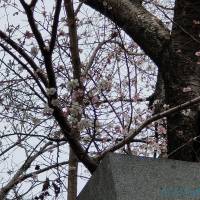 The front 16 megapixel camera is almost negligible in size which helps keep its space footprint small. Despite that, it still takes decent selfies, even with bokeh simulation, a.k.a. portrait mode, with a single sensor. 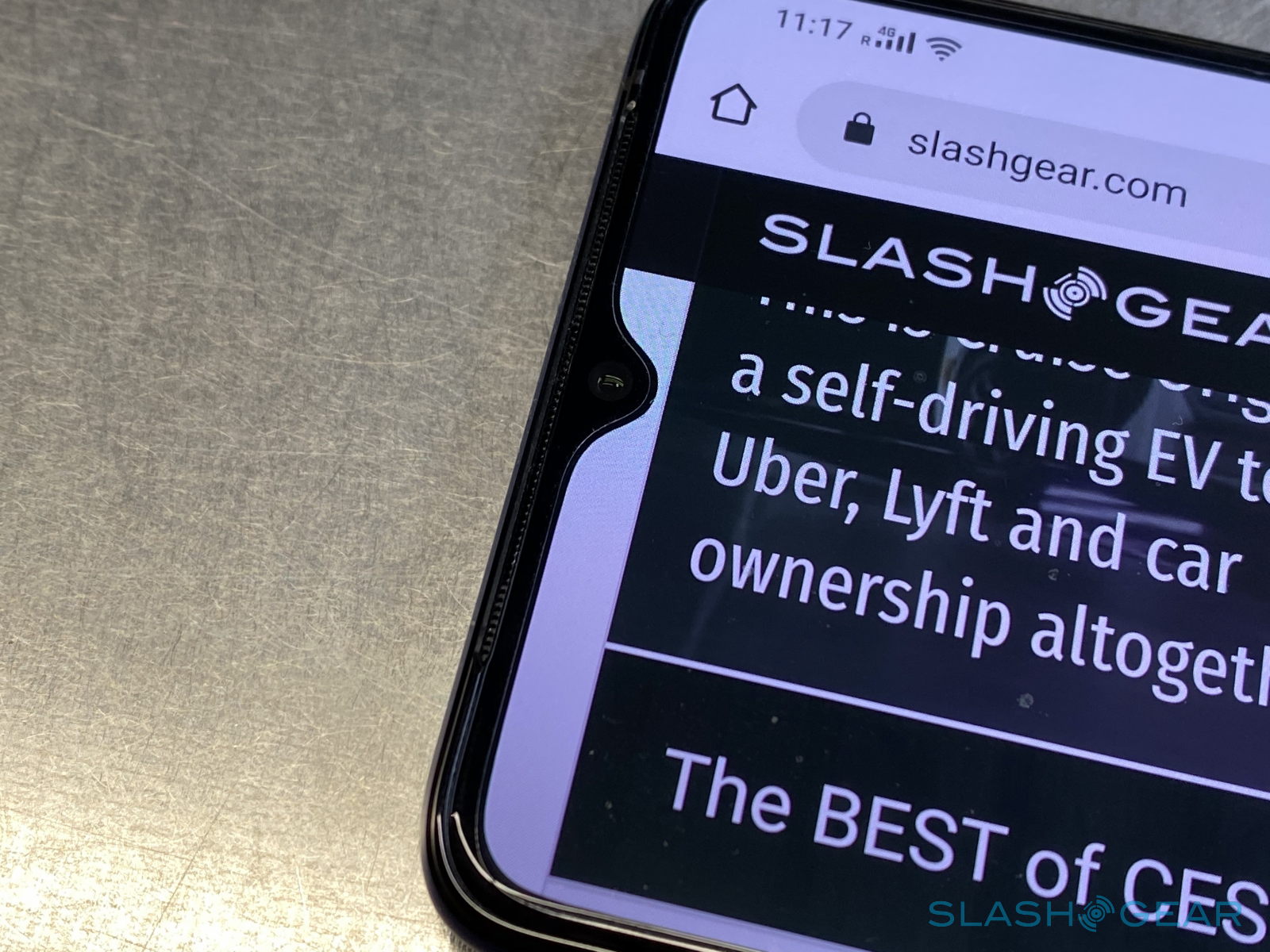 We finally come to the highlight of the OPPO Reno Ace, its battery. On its own, the 4,000 mAh is already large and generous though not particularly novel. It will get you through more than a day’s use, depending on what you do during that day. Sooner or later, however, you will need to recharge that phone and that’s where the real star of the show comes in.

OPPO’s SuperVOOC 2.0 is the first in the market to boast 65-watt charging and the Reno Ace is its first real-world example. In practical terms, this means that the phone can go from zero to 100 in just 30 minutes. OK, that’s 30 minutes on average per our tests but we can forgive OPPO the rounding error considering how impressive the technology can be. Of course, it does tie you to using OPPO’s proprietary charger and cable but the phone does support other fast charging technologies as well. They just won’t charge fast.

The OPPO Reno Ace’s battery and charging super features aren’t small matters. The large battery keeps you going even when pushing hardware to the limit while super-fast charging minimizes your downtime when you do need to charge. And that ties in well to the Reno Ace’s secret gaming powers.

Though not as emphasized as the 65W SuperVOOC 2.0 charging, the Reno Ace’s bright and vivid display is also one of its key strengths. It is one of the first few phones to achieve a 90Hz refresh rate on an AMOLED screen that’s not exactly known for its ability to push refresh rates the way LCDs can go 120Hz or even higher. More than just a numbers game, however, the higher refresh rate benefits the phone’s usability in general and in games in particular. 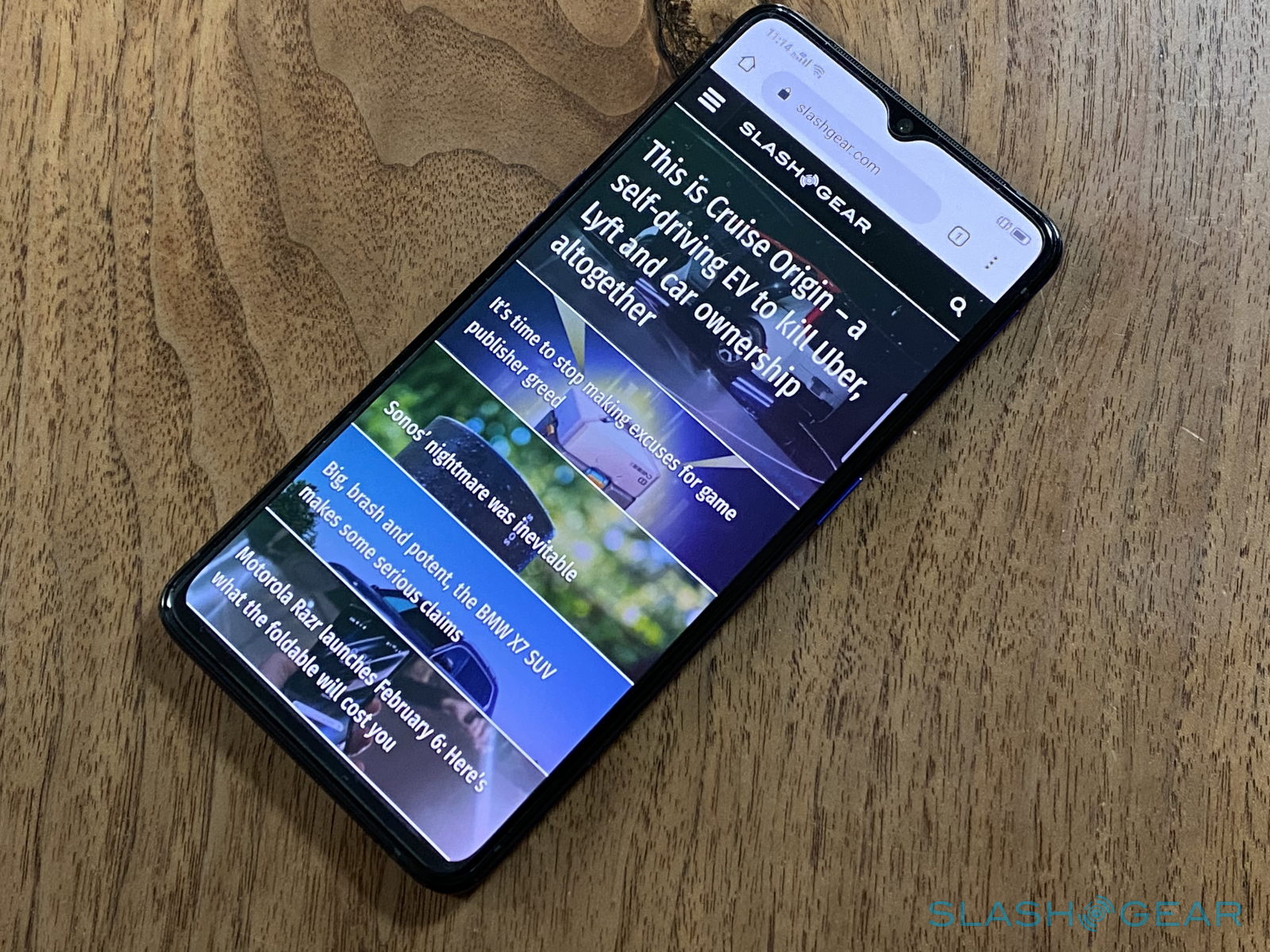 It isn’t called a smooth display for nothing. The faster-than-60hz refresh rate makes animations feel more fluid which, in turn, makes the entire phone feel more responsive. Switching between pages of apps in the home screen or even just scrolling up and down a web page produces none of the jitter and ghosting that many normal screens are known for.

The faster refresh rate also takes advantage of the growing number of mobile games that support 90Hz or higher screens. Sure, it’s not as fast as the Razer Phone 2 or the ASUS ROG Phone II, both of which have 120Hz screens, but the Reno Ace is not a dedicated gaming smartphone. It just happens to have most of the traits of a gaming phone but still looks classy and premium at the same time.

So far, the OPPO Reno Ace has everything going for it. Things take a slight downturn, however, when we come to the topic of software. The phone runs on OPPO’s custom ColorOS experience which, at version 6.1, is still based on Android 9 Pie. No, that is hardly the biggest problem, at least for those outside of China.

While not on the same boat as Huawei and Honor, the Reno Ace doesn’t ship with Google Play Store as it is primarily targeted at the Chinese market. To make matters worse, the phone is actually preloaded with a dozen or so non-essential apps, a.k.a. the quintessential bloatware. OPPO does have its own app store where you might find some popular Android apps there. International users, however, will have to resort to sideloading APKs or, if possible, installing Google Play via unofficial means.

By itself, though, ColorOS is no longer the dreadful customized Android skin it was in years past. It has gotten faster and more responsive, thanks in part to more powerful hardware, and less iPhone-like. It is now its own thing, which is more easily identifiable as Android, though it still won’t sit well with Android purists. 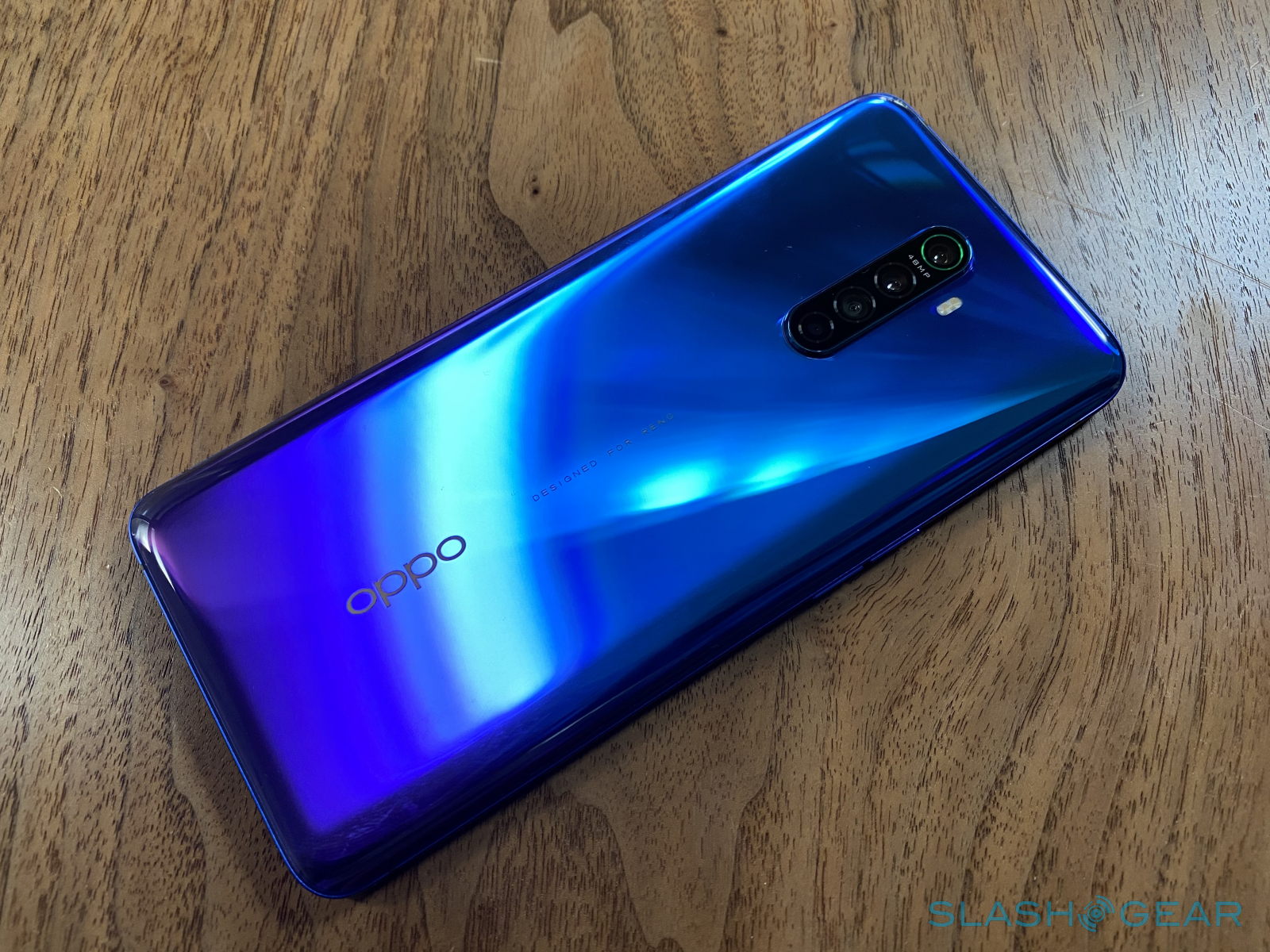 When OPPO launched the first Reno and its 10x Zoom sibling, it seemed like the line would be a one-time deal. The short-lived Reno 2 seemed to cement that impression in the public’s eye. The OPPO Reno Ace, however, proved that OPPO still has a few tricks up its sleeve, some of them more subtle than others.

The OPPO Reno Ace may lack the LED lights, rugged appearance, and additional controls that true gaming smartphones have but its combination of features makes it just as suitable for gaming while still being an incredible everyday phone. And with a price tag that starts at around $450 for 8 GB RAM and 128 GB of storage, it is definitely a tempting and competitive option among premium flagships and gaming smartphones, if only it were more widely available.