Almost all smartphone makers, including Apple, know that foldables are the next big thing in the market. Few, however, dare to actually take risks, especially potentially selling at a loss. There are still many issues to be addressed both in the design and in the pricing of these foldable phones, and the prohibitive costs of solving those problems ensure that only a few players control the market. OPPO, however, is trying to be the rebellious upstart this time around, and it’s trying to hit hard areas where it matters the most.

Foldables are meant to address smartphones’ size problems, but it introduces a size puzzle of their own. Current designs like the Samsung Galaxy Z Fold 3 opted for a tablet that’s on the taller side in portrait orientation. The result is that the folded phone is narrower and taller than traditional smartphones, making it cumbersome and difficult to use.

The OPPO Find N, in contrast, looks and feels like a more conventional smartphone when folded, one with a 5.5-inch 18:9 screen in contrast to the Galaxy Z Fold 3’s 25:9. When opened up, it does mean that the device is wider than Samsung’s foldable, but it is also shorter as well. This gives it the effect of having a landscape orientation, and that is intentional. OPPO’s designers were more focused on use cases like gaming and watching videos where such a shape is definitely more conducive than a pad-like form.

OPPO’s Pete Lau is pretty proud of how the company has solved the problem of the crease that plagues foldable phones like Samsung’s. Ironically, it has been reported that the Find N actually uses Samsung’s flexible display anyway. The key difference, however, is the hinge, which is inspired by Huawei instead.

Huawei and Motorola use a different hinge design from Samsung, and it looks more like a “waterdrop” internally than a regular hinge. This is what allows the OPPO Find N to also fold shut without a gap because the curvature required by the flexible screen happens behind the scenes. It remains to be seen in real-world reviews if the crease is definitely gone because one could catch glimpses of it from the company’s own press event. 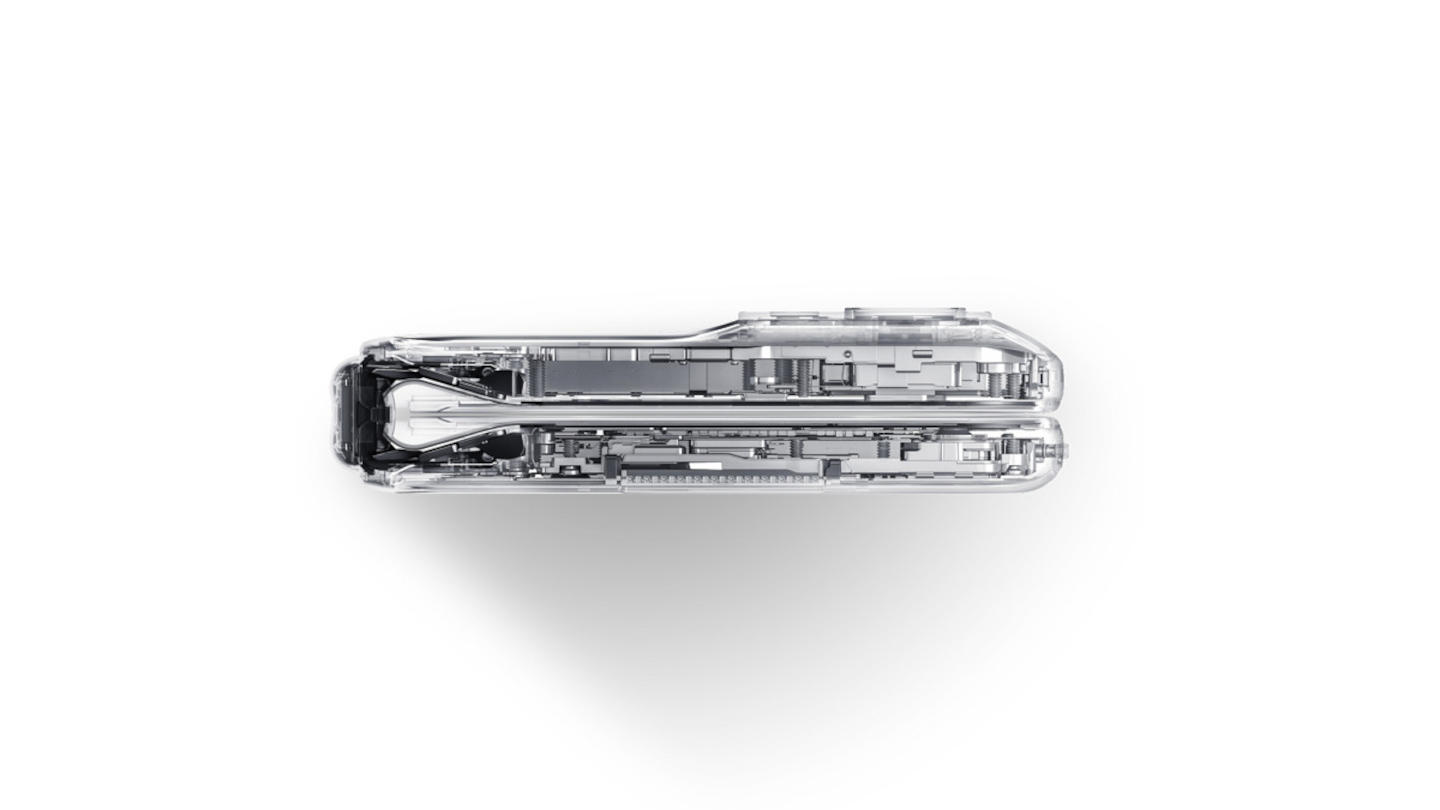 The Price is Right

All these innovations won’t matter much if very few people can actually afford the OPPO Find N. To be honest, this is probably the phone’s biggest feature since many of what the company announced have been seen here and there from other manufacturers. The OPPO Find N will launch with a price tag of 7,699 RMB for 8GB of RAM and 256GB of storage, with a higher configuration of 12GB RAM and 512GB storage for 8,999 RMB. That would be around $1,200 and $1,400, respectively, a far cry from the Galaxy Z Fold 3’s $1,800 launch price, even if it’s cheaper than its predecessor.

There are, of course, a few caveats, the biggest of which is availability. While OPPO doesn’t close the doors on a global launch, China is its focus for now. The OPPO Find N also comes with 2021 specs, like the Snapdragon 888, but that shouldn’t come as a surprise, really. It does come with a larger 4,500 mAh battery with faster 33W charging and better cameras on paper, so it already surpasses Samsung on some points. OPPO’s decision to sell its foldable phone at a much lower price tag comes with the hope of challenging the status quo, and hopefully, others will follow suit.