At OPPO’s INNO DAY conference, it revealed its grand vision for growing its business beyond smartphones and, as expected, 5G was one of the core focus of its expansion. This was also unsurprisingly tied to the technologies it enabled and improved, like augmented reality, artificial intelligence, and IoT. What was completely unexpected, however, was that OPPO had been silently working on its own AR glasses for that very purpose. We were able to spend some time with the device to try it out get an early peek at OPPO’s vision of its future.

Ever since Google demonstrated what can and cannot be done with Google Glass, the field of smart glasses has been a tricky one. Designers and engineers have to balance comfort, power, and privacy all in one device. Of course, when you’re dealing with a full-fledged AR headset, some of those may not apply. 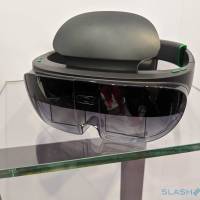 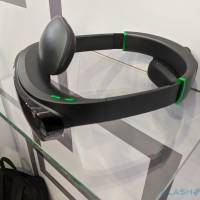 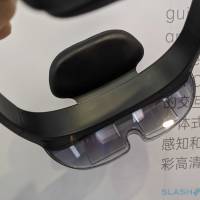 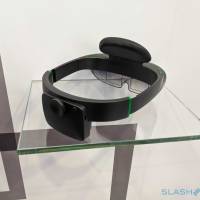 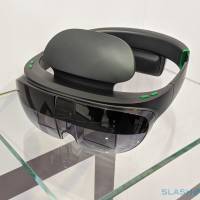 OPPO’s AR Glasses, despite the name, is closer to the Microsoft HoloLens than the Google Glass. It doesn’t exactly exude comfort even when the headset looks like a finished product. Admittedly, it is not as bulky as the HoloLens and almost resembles large ski masks or industrial goggles. Except those don’t have large pads on top and a large box, presumably for holding the computing parts, on the back.

Given how new it is, at least to our eyes (no pun intended), OPPO can be forgiven for showing off what is probably an alpha version rather than a beta. In fact, the entire experience makes it clear that this is far from the ideal end product that OPPO is after. Or at least we hope it isn’t.

While the Diffractive Waveguide Technology used to overlay virtual objects on top of real-world ones is quite impressive, the image quality it produces still isn’t. More importantly, the AR software that OPPO uses is largely unaware of the boundaries of the display it projects on, leading to truncated parts at the top and bottom. This can be a disorienting situation that makes users try to look up or down, thinking the image continues in that direction. 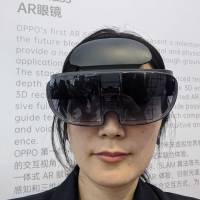 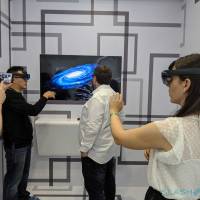 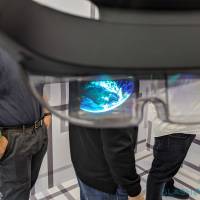 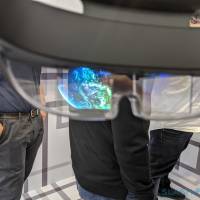 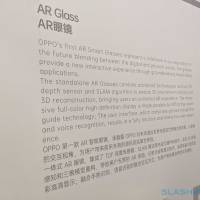 The gesture-based controls OPPO demonstrated on stage is slightly less convincing in person, perhaps partly from lack of training time with the system. It is very specific in how you move or position your hands and fingers. Selecting an object requires you to stick your thumb up while ensuring all other fingers are pointed back at you. It’s far from the “natural” gestures we see in fiction but, then again, this isn’t the controversial Magic Leap One.

The OPPO AR Glasses definitely have the marks of a prototype device but it also has the seeds of becoming a more competitive product. Beyond the device itself, however, the AR Glasses stand as a testament to the kind of innovation that OPPO boasts it is capable of and the very direction it wants to take in creating a future beyond boundaries.