Opera 77 “R5” makes video chats pop out of the way

Video chats, be it personal or meetings, have taken over people’s online lives these days in more ways than one. On the one hand, it has become the prevalent way people communicate safely with family, friends, and colleagues. On the other hand, video conferencing apps are designed to take up your entire screen or even just your browser. In Opera’s latest release, it is giving a little bit of control back to users by letting you go through your other tabs while your video chat is happening in some corner of the web browser.

Video pop-out windows are nothing new but most of those are designed for entertainment sites like YouTube or Netflix. Opera believes that video chat tabs shouldn’t be treated differently and shouldn’t hold the rest of the browser hostage. Now when users navigate away from a Zoom or Google Meet tab, their video chat pops out of the tab so you can multitask (presumably) even while chatting away. 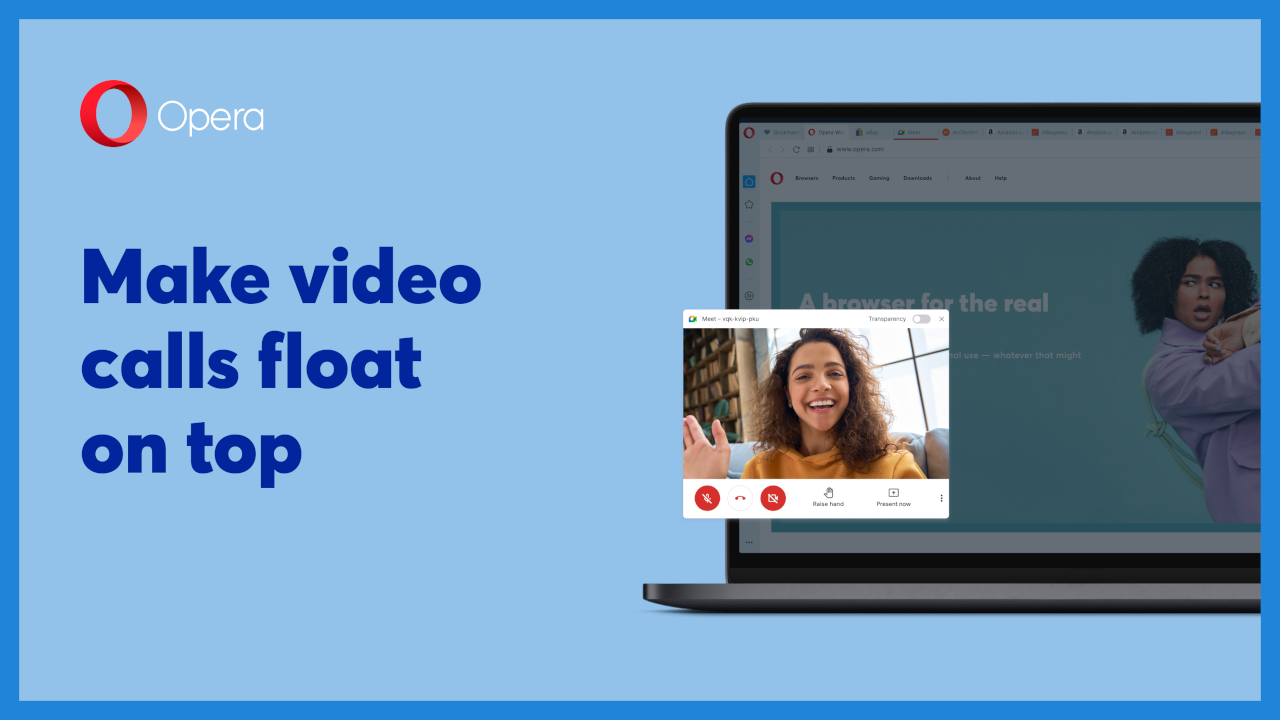 That’s hardly the only new feature that this “R5” release brings to Opera. As much as people browse a lot of websites, they also collect a lot of things from those websites. Some use a browser’s bookmark system for that, while others rely on third-party services like Pocket or Instapaper. Opera now has its own take on that system with Pinboards that, unsurprisingly, has an uncanny resemblance to Pinterest.

While other web browsers are trying to shave off extraneous features and delegating such functionality to extensions, Opera is integrating some of them instead. In addition to social messaging services, Opera also has a sidebar for music streaming services that now include Deezer and Tidal alongside Apple Music, Spotify, and YouTube Music.

Although it isn’t a major upgrade, Opera sees version 77 as a huge jump forward, enough to give it an “R5” codename. The browser maker does say that it gave Opera a visual brush up with new wallpapers to choose from and make the browser’s appearance sync with an operating system’s dark or light themes.