One tweet can lead to a disastrous onslaught of consequences, as Adria Richards has recently found out. While attending the PyCon Technology Conference last week, she overheard two male developers behind her talking about “big dongles” and “forking someone’s repo”. She was offended by the jokes and she stated, “I was telling myself if they made one more sexual joke, I’d say something.”

However, Richards didn’t say “something” to the developers, but instead stated her opinions in the public land of Twitter. She decided that public shame would be the best route for the two developers behind her, so she snapped their pictures and tweeted, “Not cool. Jokes about forking repo’s in a sexual way and “big” dongles. Right behind me #pycon”. The two developers were escorted out of the conference, and one of the developers (the one on the left side of the picture) was fired from his position at PlayHaven. 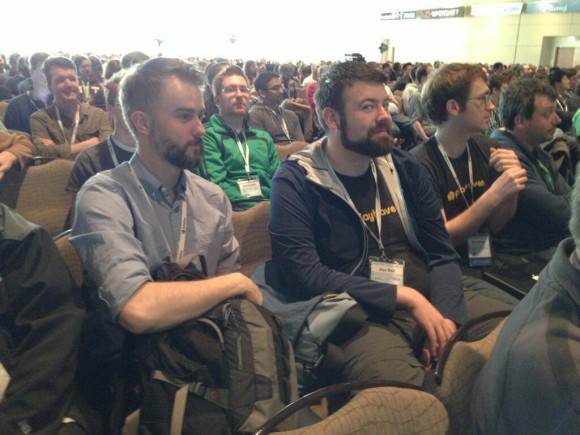 While the two men may have been acting immaturely, Richards did no better by publicly shaming them. She should have confronted these men directly in order to achieve a more peaceful resolution, or she should have reported the incident directly to the staff (whom she said she was contacting through text messages). As many people and sites have said, public shaming should always be a last resort.

Richard’s tweets led to an online debate over sexism as well as privacy concerns. Many people have condemned her actions, while others stated that she did the right thing. The developer, who was fired, apologized for his comments, but also stated that a person like Richards, and her social following, should have been more responsible. He said, “As a result of the picture she took I was let go from my job today. Which sucks because I have 3 kids and I really liked that job.”

A group on Reddit has started a fund called the “Feminist Victims Fund” to help raise money for the fired developer. Anonymous threatened SendGrid and asked the startup to fire Richards for engaging in “malicious conduct to destroy another individual’s professional career”. To ensure the validity of the message, Anonymous launched a DDOS attack against SendGrid.

Shortly following the attack, SendGrid terminated Richard’s position, stating that her actions and the consequences that ensued caused her to “no longer be effective in her role at SendGrid”. This whole situation could have been handled more efficiently and peacefully, but instead it spiraled out of control and ended up backfiring for Richards.