Smartphone and tablets have changed the landscape for gaming. For one, it has made a gamer out of those who would have never even imagined playing a PC or console game, much less consider themselves a gamer. But even for those who have already been whiling away hours in front of the TV or the monitor, the culture of mobile has also changed a few things. Take for example the corner of the gaming world known as online RPGs and how the ubiquity of smartphones have somewhat redefined that genre, for better or for worse.

Ask a veteran and a new gamer what an online RPG is and they will undoubtedly give you different answers. Of course, there will be certain commonalities, like the requirement to be online (duh), the adoption of roles or job classes, and the need to hoard loot and experience. But ask them about the experience, both mechanical and social, and they will most likely give you different, if not diverging, opinions.

Before smartphones, online RPGs were, more often than not, called MMORPGs or massively multiplayer online RPGs. And that’s because they were truly massive, both in the number of players they support at any given time, as well as the scale of the game world itself. Sprawling areas that spanned virtual continents, sometimes even planets, towns that make real world flea markets look deserted, and party or guild mates that felt just as real as your next door neighbors. This is the world of the likes of Guild Wars, World of Warcraft, and Ultima. This was the online RPG, before the idea of squeezing them into perpetually mobile device even became fashionable. 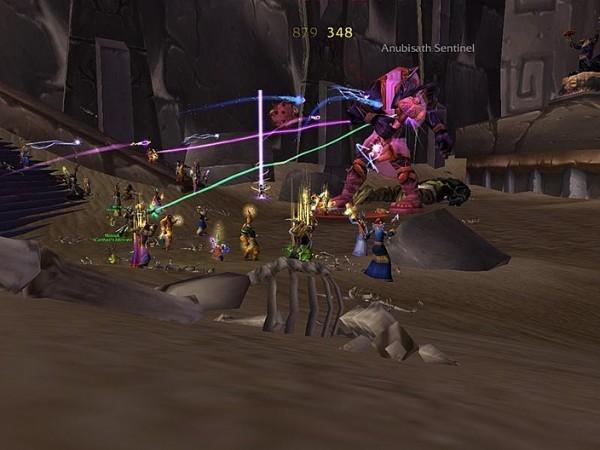 Understandably, it was nigh impossible to compress all of that into a smartphone or a tablet, both the experience as well as the games themselves. Forget first the technical limitations of a smartphone. One has to consider the fact that not all game makers have the capacity to run massive servers like those mentioned above. A few hundred players they can support, maybe a thousand at most. Of course, there are companies like Gameloft or EA that can handle a lot more, but most of the time, they don’t really scale.

Then there’s the fact that one usually doesn’t spend hours playing on a smartphone. At least not normally. At most, one can spend half an hour of uninterrupted gaming during the day, more during the night. The normal span, however, was measured in minutes. As such, the open ended, open world gameplay of online RPGs also do not scale down to size, where quests took longer to complete and raids required the full might of a ten-man party.

Of course, these days, the tides are shifting again. Mobile gamers are staying glued to their screens for hours, tapping like there’s no tomorrow on Clash of Clans, forming friendships online that are just as strong offline. Online mobile gaming is indeed being reshaped, but this now and was definitely not back then.

And then came along blockbuster casual games like Angry Birds and Candy Crush. People, even those who don’t consider themselves gamers, would lose hours, not to mention dollars, playing those games and their kin. Clearly, they were doing something right that not only got people hooked, but also got people playing at any time that they wanted.

Of course, there are many factors that contributed to the success of these games, but one of the most unique things was the progression system. It presented levels as small, bit-sized chunks that you can play in just a few minutes, usually one or two. It visually showed a clear path of progress. The short bursts meant you didn’t have to worry about spending too much time on the game. It gave you a sense of control, though, in fact, it was also somewhat of an illusion. While you could indeed stop when you wanted to, the gratification system, which bombarded you with victories every other minute, meant you were hopelessly hooked.

And that’s when something clicked. 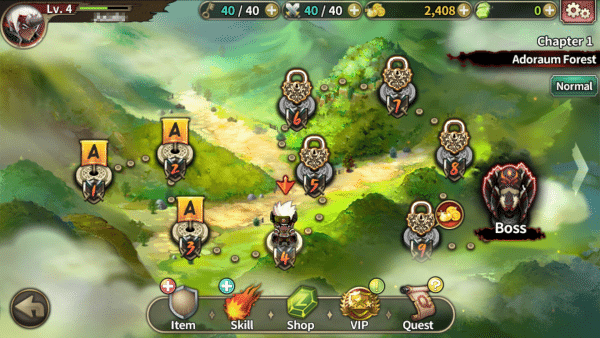 Mobile games started to adopt this system and, in due time, it would also make its way to RPGs. Curiously, it was adopted more by RPGs that required you to be online. Offline games like the Zenonia series, for example, followed the traditional story-driven path. Online RPGs, however, needed a better hook than a deep storyline. And that’s when the “casual online RPG” genre, for lack of a better name, was born.

It was like Final Fantasy meets Angry Birds. It has the strappings of an RPG game, with customizable characters, loots galore, and the semblance of a plot. But there was also staged progression, where parts of the story are dished out piecemeal and in almost disconnected fashion. Every minute or so you could choose stop and return to the real world and it would not make a dent in your gaming experience.

Majority of these RPGs become more like short skirmishes, with slaying one wave of enemy after another as the primary goal. And after a period of screen mashing and swiping, the player is thrown back to “town”, more often than not just a screen littered with menus for equipment, skills, and cash shops.

Sure, some mobile online RPGs do inject a bit of social activity, which takes different forms. Sometimes, it can be as simple as a list of friends whose characters you can summon to your aid even when their owners are offline. It can also be as elaborate as guilds or some semblance of it, allowing players to, from time to time, band together for a common goal or raid. But these social features, more often than not, are tacked on. These online games remain primarily solitary games that you just happen to play online. 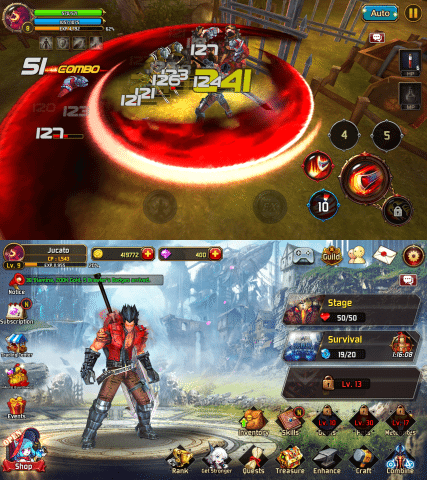 Such online RPG games have proliferated and flourished with such a basic pattern that has been repeated and copied to no end. While that is, to some extent, a good thing, pulling in more people into the world of mobile gaming and increasing the army of gamers worldwide, it also served to dilute the some of the key experiences of an RPG, particularly an online one.

“RPG” has become a blanket term to cover any game that involves growing characters and their equipment. It barely matters if there’s any rhyme or reason to the game. In fact, in many of the games, the plot is practically a very thin excuse to kill enemies. Call it a single-player MOBA (if such an oxymoron did exist) and it would change nothing. These games have the “game” part down to a T, but the “role-playing” aspect has been lost somewhere in transition. Instant gratification has become the name of the game. Somewhat ironically, those bits of gratification do pile up, turning what should be just minutes of gameplay into hours.

The “online” part has also somewhat lost its meaning, though happily not completely. Some mobile games even advertise themselves as mobile MMORPGs and yet fall short of the MMO half. In particular, the social aspects become dwarfed. Friend Lists, leaderboards, and chats are good, but they too don’t come close. Nothing replaces the feeling of logging into a town full of other players going about their business, or exploring vast maps with new found friends, or the thrill of taking down a boss monster with your long-term guildmates. Those were the experiences that have drawn and hooked thousands of players to MMORPGs. Now we wait for the same to happen with our smartphones.

Apart from a few outliers, this has been the state of mobile gaming for quite some time now. But it seems that there are stirrings happening rather quietly. Mobile devices and frameworks have evolved to the point that games need to worry less about hardware capabilities, giving game makers some leeway to break from the mold and experiment a bit. They no longer need to worry too much that devices can only load very small scenes and very few assets, which limit how much you can accomplish in a game. And we can see some faint trails of those.

Gameloft paved the way with its Order and Chaos Online, with O&C almost like its take on the Warcraft franchise. Recently, games like Iruna Online and Izanagi Online have also popped up. What these three have in common is an open world more like a traditional MMORPG and all that it entails. Perfect World Entertainment and Snail Games, both legends in the PC MMORPG scene, are also bringing their titles to mobile, though it remains to be seen if they will take the easy, cookie cutter path or blaze a new trail. 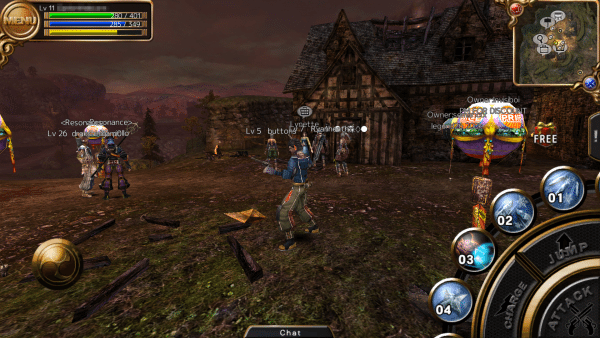 With advancements in mobile technology and hardware, game designers are more free to think less about hardware constraints and really answer the hard questions. With the changing behavior of mobile device users, they also need not worry anymore about whether there will be players willing to spend more than just a few minutes on a well done, addictive title. And hopefully, we will also get to see more mobile gamers daring to go beyond their comfort zones and venture into the dangerous world outside their cave, sword and shied in hand.